In the last year, close to 50% of transgender youth considered suicide. One area that deserves worldwide attention is the massive debate over transgender athlete’s rights to participate in sports.

We all know how much of an impact sport participation can have on any human and their upbringing. The internal value is unmatched. A basic human right is at stake with the recent debate over transgender participation in competitive sports. Across the sports world, conflicting opposing sides of the topic have pushed plenty of legislation to act on the issue. Unfortunately, most assumptions center around the notion that males who transition to being women create a disadvantage for other competitors that are born female. The issue is much deeper, and there are several factors that come into play with this emotional topic. There is a simple morality aspect of the debate that is overlooked by some politicians and legislatures. 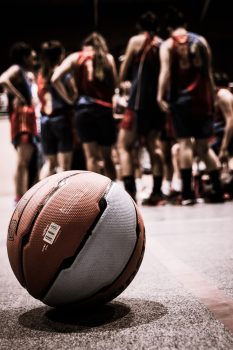 Photo by NOTAVANDAL on Unsplash

Recently, plenty of states are passing bills restricting competition to individuals who identify as transgender females. States such as Montana, Minnesota, Mississippi, Arkansas, Tennesse, and Idaho have been in the advanced stages of converting bills into laws. According to the senior editor of the Indian Express Nihal Koshie “Republican legislators in more than half of the US states are pushing for new laws aimed at banning transgender women/girls from playing for teams in school and university sports. These bills restrict a human right that every human being possesses, which is the ability to participate in an activity of their choosing. Especially in a teenager, the effect that this restriction can have on their upbringing is substantial.”

In an interview with Patrick Lyra (they/them), formerly Founding Manager of LGBTQ+ Programs at Pacific Pride Foundation, Santa Barbara, they expressed how negatively impactful it is to pull any activity away from a teenager. Patrick Lyra specializes in early childhood and human development.

“For any teen who is pulled powerfully to an activity whether a sport, a musical, an art —to be excluded from it based on an ingrained, unchangeable, absolutely natural part of their identity and brain development — is a powerful wounding”— Patrick Lyra (they/them)

For many individuals who value sports the role that it plays is substantial. People potentially can assess the negative effects that come along with this once participation is taken away. Discrimination comes in many forms. Transgender youth have been facing rejection and discrimination for a large portion of their lives, and now with these bans coming into play this only adds to the harm. There are astonishing statistics regarding the stigma and the effect on transgender youth. Many already experience physical, and sexual harassment along with assault throughout. These effects can directly impact their mental health. “In 2015, 77 % of transgender adults who were out, or perceived as transgender, while in grades K-12, reported negative experiences at school.” Patrick Lyra also referred to how suicide rates can come in waves with individuals that experience this form of trauma.

One of the main arguments is that testosterone and hormonal levels create a disadvantage that many claim to be the main factor in men having an advantage over cisgender women in sports. Recent studies were conducted by medical professionals and experts as they attempt to debunk this claim. Through research, numerous experts have justified that the difference in testosterone levels has little to no direct effect on athletic performance in people who identify as transgender. “Testosterone, whether of a natural endogenous or manufactured exogenous source, has an identical chemical structure and biological effects, aside from minor differences in isotopic composition, which are biologically insignificant.” Scientist, Joanna Harper found that transgender athletes’ performance proved that trans-women who received treatment to lower their testosterone levels showed no signs of distinction in their athletic performance against men in a variety of races that were conducted.

The United States National College Association of Athletics is concerned about this issue and reached out to a group of credited researchers including, Dr. Bradley Anawalt and Dr. Alvin Matsumoto. In their report, they noted that there are no advantages biologically in terms of competitive advantage.

Along with providing more clarity around the concern when noting that “there are many factors that affect testosterone effects on athletic performance, however. For example, there is variation in individual responsiveness to the effects of testosterone.” Every person or athlete is different. This distinction correlates with how they are able to adjust to the positive and negative effects that sports can have on the body.

Cheri Gurse, a professor at Antioch University Santa Barbara earned her Ph.D. in Human Development is in full support of transgender rights in sport. She, similar to Patrick Lyra,  believes there should be no restrictions in sports. The ethical aspect is apparent, and no one’s rights should be taken away. Dr. Gurse shared resources regarding the timeline of transgender and gender con-conforming history which proved to show that this battle has been going on for nearly a century. One of the biggest issues is that “We have difficulty with change and all of us possess confirmation bias.” Gurse alluded to this with her response to why society has had a difficult time adjusting to gender norms. She also touches on how our society is currently engaged in a culture war, and many possess binary thinking. Teenagers who identify as transgender, are the perfect target and overlooked during this war. Their voices are not being heard. There are too many mainstream LGBTQ+ organizations, and transgender activists that are solely focusing on gay marriage rights, thus neglecting the psychological and physical effects these sports restrictions have on youth. The need for care is often not found unless you are a part of the rich community. Resources are too hard to reach for individuals seeking treatment, whether this is therapeutic or medical services. 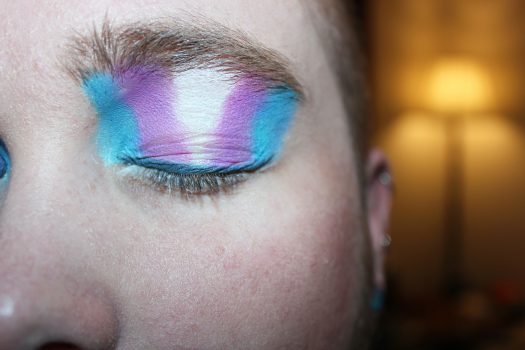 Photo by Kyle on Unsplash

Patrick Lyra also mentioned that sports are essentially a national religion and that culturally we give sports too much credit. This perception is typically not heard too often, and many biases get in the way of this response, but there is so much truth in this claim. Sports are viewed as the holy grail of entertainment in some instances, especially in amateur and professional sports. So why would this so-called almighty be taken away from anyone? At the bare minimum, the laws, mandates, and orders should be altered between all levels of sports: recreational, amateur, and professional leagues should explore this problem.

As this issue seems to be gaining more attention, the goal for full inclusion is still far away. Regulating the mandates across all levels should be a consideration with the lawmakers and legislations. Attention has to be put on these recent bills that have passed or are currently proposed. Many want to see equality for all people who identify as transgender, whether or not you are an athlete or a human being who expects to have the freedom to enjoy sports.

Vicente was born and raised in Southern California and is in his last quarter at Antioch University of Santa Barbara as a Business Management major. Vicente attend Santa Barbara City College prior and lived in Santa Barbara for three years. He has a deep passion for sports law and activating for youth justice for all races and genders. Currently, he holds occupation titles as a residential youth counselor and a youth developmental specialist. After completing the Bachelor’s program, Vicente has plans to future pursue a career in law and business.