Trending Now
You are at:Home»Student Activism»Technology Raised a Distracted Generation. Technology Will Now Save That Same Generation

Have we always had a problem with focus and concentration, or has technology and its constant distractions played an impactful role in this rise of distracted minds of a new generation? The answer isn’t as black and white as many believe it to be, but what we all know is that with the rise of smartphones we’ve become accustomed to constant connection, entertainment, and distraction.

People joke about how these devices have become a part of us and we oftentimes hear things like:
“It’s like the phone is glued to your hand.” 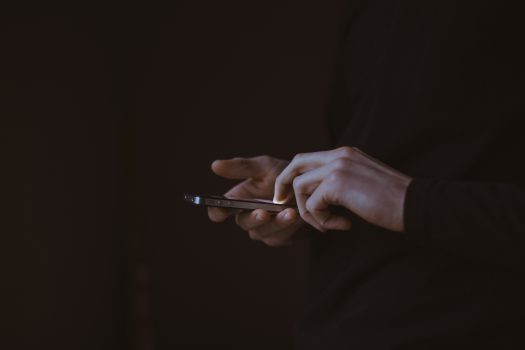 You read the quote in your mom’s voice, didn’t you? We’ve become adjusted to being able to get breaking news instantaneously, instead of reading it in the morning paper or hearing about it from the evening news. We also have the ability to modify these devices to fit our exact needs and desires. Apps that represent our interests, buzz to make sure we haven’t forgotten about them. We get irrational dopamine boosts from a mere double-tap made by someone else while they’re scrolling through their feed, giving you their attention for only a few seconds.

These devices and their functions come at a cost. Outside of— internet trolls, bullying, and mental health issues spawning from social media’s exclusive metrics and design— we’ve seen the attention span of grade schoolers(5-12) and teens(13-18) drop drastically. And, while there are multiple phrases and abbreviations to reference attention difficulties around the world, we can draw one common conclusion; they’re all going up. Does this mean that we’ve always had this problem, but just now started to understand and diagnose it? Are we over-diagnosing something that is really just a reaction to technology overload and exhaustion? Or has technology and its constant distractions become a digital plague infecting the attention span of the current generation? 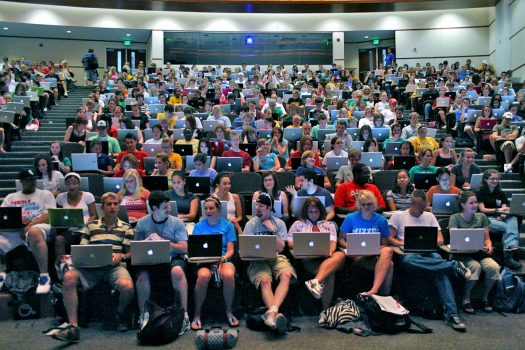 Throughout the technological revolution we’ve seen ADHD prevalence almost double among children and adolescents. In 2016, the National Survey of Children’s Health reported that 5.1 million Americans aged 6-17 have a current diagnosis of ADHD. This comes out to about 10% of that age group.

Although this number is hugely significant, after having lived through and then worked in education during this time period, I think that 10% is not representative of the concentration and focus difficulties we see in today’s world. It’s not only those diagnosed that are experiencing these symptoms. In their book “The Distracted Mind,” Adam Gazzaley and Larry D. Rosen writes about one of the main issues of ADHD, which is multitasking. They explain that all of our brains are limited in the ability to pay attention. “We’ve never really been able to multitask, but instead are switching rapidly between tasks, and this switching is what leads us to a worsened focus and concentration”. So the more multitasking we do, the worse our concentration will be. In Adam Gazzaley’s TEDx talk he also mentions that while lack of attention and difficulty to multitask isn’t new, technology has aggravated it. By comparing the digital revolution’s timeline with the rising ADHD statistics, we can vividly see the correlation between the two.

While smartphones are the main culprit in aggravated attention span difficulties and multitasking deprivation, the average kid today doesn’t receive a cellphone until they’re ten years old. So why are we blaming technology itself? 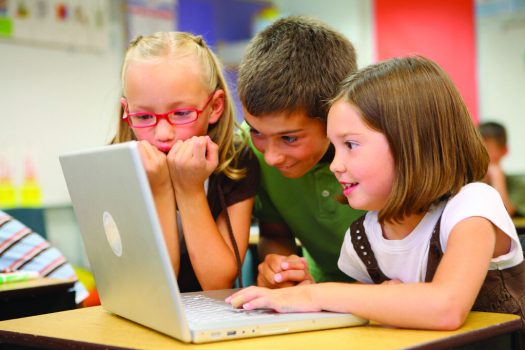 One has to consider that the majority of this new generation have never experienced a life without technology. Kids use, play and watch iPads, video games, and YouTube, long before they get a cellphone. So even though they might not have the actual devices distracting them in the classroom, the withdrawal from technology itself is enough to cause the disturbance.

As a countermeasure to deal with this withdrawal, schools have tried to integrate more technology into the classrooms; and while the intention is sound, the application isn’t. What’s happening now is equivalent to giving a kid the toy they want just because they’re screaming uncontrollably. This “giving-in” mentality unfortunately contributes to the belief that “kids these days are so entitled,” because just like in the store; they get what they want. What we need instead, is the proper inclusion of technology which is utilized to benefit the classes, teachers, and students.

Adam Gazzaley not only writes, but also talks about this proper inclusion in his TEDx talk. Adam’s own- and several other- companies are currently in the process of developing games and programs which utilize something called Neurofeedback through EEG technology(2nd page, 1st paragraph). What this means is that it allows them to measure and interpret a persons brain activity, specifically their emotions. While it is possible measure and interpret a variety of different brain signals which represent all kinds of emotions, we’re going to look deeper into the brain signals emitted when a person is focused. By using EEG technology together with some type of feedback mechanism, a user could see and understand when they’re focused and thus also use it to train their focus. Adam’s own company is currently in the process of seeking FDA approval for his game as a therapeutic intervention for ADHD.

To get more knowledge on the topic of EEG and its potential benefits in education, I’ve interviewed four people who work in the field:
Dr. John Galaska, who wrote his doctoral thesis on Neuro feedback and is certified in EEG feedback. He is also a lecturer at Antioch University Santa Barbara.
Lawrence Franchini(VP of Sales) & Dr. Wasifa Jamal(Neuroscientist), from BrainCo. “BrainCo applies its expertise in machine learning, design, and neuroscience to create innovative brain-based applications in education, fitness, and wellness spaces.”
Bitte Hanell, CEO and Founder of Interactive Productline(Mindball). For the past 16 years, Mindball has developed several products within the field of EEG and focus training. Most notably a product called Mindball Game which can be found in Science Centers across the globe and has an estimated 40 million individuals who’ve tried it. 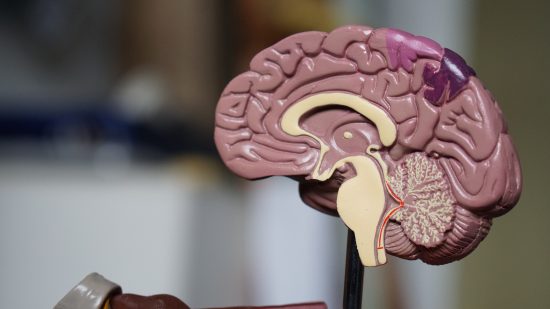 All four agreed that we’ve seen more disconnectedness when it comes to student’s concentration and focus in recent years. Lawrence from BrainCo stated that “Why students have a hard time focusing now, is because of the stream of information coming at them constantly.” Dr. Galaska also said that “because of technology we don’t get as much neural exercise as we did in the past.” They all agreed with the notion that Neuroscience- and EEG- inclusion would greatly benefit the educational system. But as Dr.Galaska said “the educational system is a juggernaut,” it doesn’t necessarily accept innovation with open arms. Bitte Hanell agreed. When Mindball made the switch into a more affordable version of their product, the schools were still hesitant. She also mentioned that “the schools leadership wants to see results from focus training with Mindball, but in order to provide them with that, the company needs the data from the students. So, it becomes a catch-22 situation.” 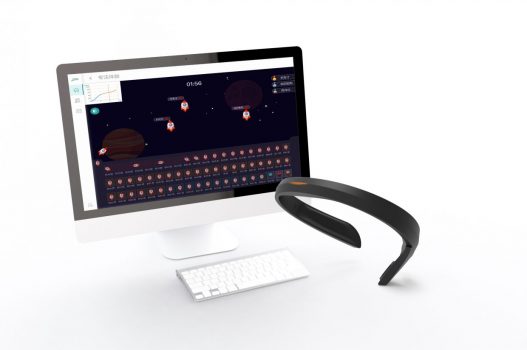 One of the companies that have made efforts to develop a product meant to help teachers better understand their students and thus increase their attentiveness in class, is BrainCo. Through their product FocusEDU, teachers will have the ability to see the students focus levels live in class. The teachers can then make instant changes if one of the students were to drift off, and they can also make larger changes to their curriculum in order to fit their students behaviors and attention spans. All that the students need to do, is to wear BrainCo’s own headband during class time. Something that Dr. Jamal referred to as being “as unnoticeable as wearing glasses after a day or two.”

My personal take is that BrainCo’s product will be crucial for early childhood education.

Due to the teacher being such an integral part of this product, it would be best suited for the stages of education where students still benefit more from the teachers conducting class, and maintaining control of the students academic success. From my, quite limited, knowledge of the product; it doesn’t necessarily help the students themselves realize when they are focused and when they are not. So, when students cognitive abilities develop and they become more independent in their academics, the product wouldn’t necessarily have trained their ability to focus by sheer willpower. 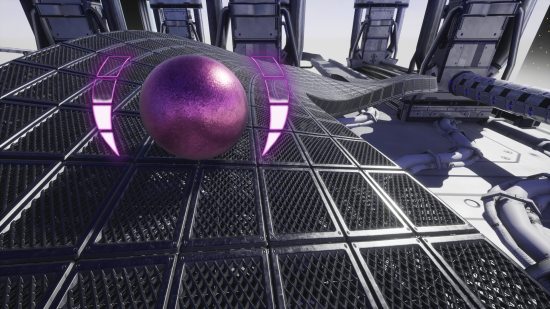 This is where I think Ms. Hanell and Mindball comes in. Their product is not at all dependent on the teachers capabilities, but focus on the students ability to train their focus and attention span. Mindball’s product is more suited for specific class sessions that are set aside, where students practice on attaining and retaining focus themselves through the instant feedback game called Mindball Play.
The argument some critics would make is that; while older students would greatly benefit from this, a younger student doesn’t necessarily understand what focusing implies and one would need the teachers involvement still.

To that, Bitte says: “Playing Mindball can in fact help younger students to understand what focusing is all about and thus make it easier to learn how to recognize the feeling at an early stage.”

In my opinion, one is not better than the other. It would be most beneficial if they were used complementary.

Mindball backs their product and service with a study, approved by the Central Ethical Review Board in Stockholm, that they conducted on high-school students in 2012. The students trained on a Mindball product once a day for 30 minutes on at least 20 separate occasions. The study showed statistically significant results on three out of four parameters, the only one missing was the breadth of subjects. This means that through the use of their product, they were able to statistically show the positive impact it had on students focus and attention. For BrainCo, I wasn’t able to get a hold of what studies they use to make their case. But, knowing that they have a depth of experience in neuroscience and members of the team spawning from Ivy League backgrounds, it doesn’t take a  neuroscientist to understand that they wouldn’t base anything off of just speculation. There’s also a wealth of information on the use of EEG

in education which is readily available to companies or individuals such as yourselves(some will be linked below).

Through the research I’ve done, and the discussions I’ve had with these innovative minds, there’s a clear consensus on the importance of EEG technology and focus training in education.
When looking at children, adults and technology— I’ll leave you with this Steve Jobs quote:

Charlie will soon graduate from Antioch’s BA program with his emphasis in Business and Entrepreneurship. As an international student with high aspirations, Charlie came to the US wanting to experience something different. And, while not being in pursuit of a degree in neuroscience per se, Charlie has throughout his academic career worked in the field of EEG and focus training. On his writing style Abby Pasley wrote, "Charlie Ohlen is a versatile writer whose range of interests is impressive. He excels at crafting persuasive arguments and explaining complex ideas in a clear, yet non-reductive way. He infuses his work with humor, history, and metaphors."