Trending Now
You are at:Home»Student Activism»Teen Court: A Hidden Resource in Santa Barbara

I spent my childhood and teen years during the 60s and 70s in Colorado Springs, Colorado and Youngstown, Ohio. I still remember being 13-years-old and living on the streets of Colorado Springs, in the dead of winter. I was looking for shelter from the bitter cold and finally found a water heater closet in an apartment complex. I picked the lock and lay down next to the water heater using the pilot light’s blue flame as a night light wishing I was at home with my mother and younger brother. I was escaping from my father’s abuse.

My story is not unique in the sense that my abuse was no worse than other abused teens. In the ’60s and ’70s, the typical family dynamic comprised of two main rules. (1) Children should be seen and not heard. (2) Issues inside the family home are not to be exposed (Don’t air out your dirty laundry). Protection for children and teens was mostly non-existent. In the year 1974, Child Protective Services started in the United States. Before 1974 children and teenagers had no recourse against abuse. There were few options available for children and teens to get support from local agencies. Law enforcement would only step in if someone ended up in the E.R. from serious injury. 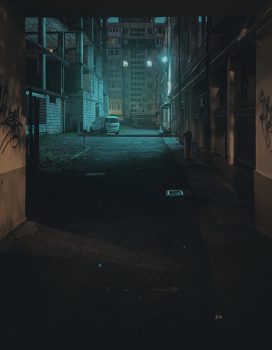 As a result of the abuse I suffered, I became a runaway. Living on the streets led to stealing food and breaking and entering. I ended up spending time in Juvenile Hall from shoplifting and B&E (Breaking and Entering). As a survivor of an abusive childhood, I need to reach out and tell my story to help others who have suffered abuse. I believe that most of us as children and teens are not born criminals; unfortunately, some of us are dealt a bad hand.

Many teens who end up in juvenile hall will eventually fall into the prison system after their 18th birthday. The United States and prisons have a profitable relationship built on punishment, not rehabilitation. According to Porter’s (2014) article in the New York Times, “The United States spent about $80 billion on its system of jails and prisons in 2010 — about $260 for every resident of the nation. By contrast, its budget for food stamps was $227 a person.” The United States spends more money on incarceration than on food stamps. Another harsh fact is that the United States has more prisons than any other developed country globally; this is big business at its finest. 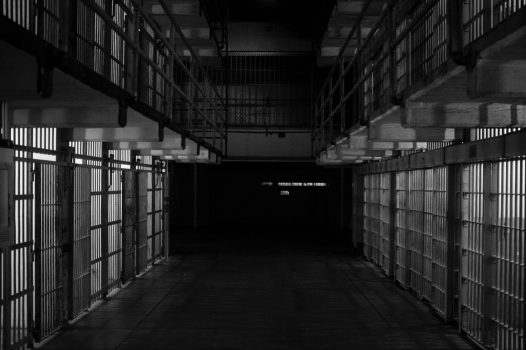 Teen court’s main focus is to prevent teenagers from entering a life of incarceration by helping at-risk youth and first-time offenders and their families. This gives them a glimpse of the court system and how serious it can be. Everyone has made mistakes in their lives, especially younger people. With teen court, it is no longer the object to punish but instead to rescue young lives.

A study was conducted by the Office of Juvenile Justice and Delinquency Prevention and the DOJ (Department of Justice). The Evaluation of Teen Courts (ETC) project was funded by Urban Institute and the latter organizations across four states involving 500 teens ranging from ages 14 to 16. The report showed about a fifty percent decrease in recidivism among teens who participated in the Teen Court process versus teens and the Juvenile Court system over six months.

Teen Court started, according to information collected by a National U.S. database, as early as 1974 in the state of Illinois. By 1990, there were 74 teen courts across the U.S., and by the year 2006, that number increased to 1,127 nationwide. Today there are 1,700 teen courts in 12 countries and four continents. And the popularity of this system of justice keeps growing.

Locally, here in Santa Barbara, is our own Teen Court. This teen court collaborates with CADA (Council on Alcohol and Drug Abuse) and Daniel Bryant Youth and Family Services.  Teenage involvement in the court results from recommendations from Law Enforcement, The Probation Department, and the School District. Once a teen is recommended to Teen Court, there will be an initial interview of the infraction, and if the teenager meets the criteria, a court date is set. 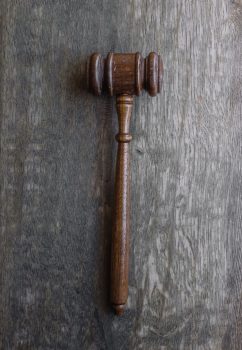 The Teen Court is typically held at the Figueroa Courthouse downtown Santa Barbara in courtroom 10. There are no lawyers involved, only the parents and The Teen Court staff. A jury consists of peers from around the S.B. School District, and teens have been actively engaged with Teen Court or have successfully completed the program. There is one requirement asked of each jury member if they currently know or have known the teen who is being seen if so they are not allowed to sit in the jury box. The reason for this is so they cannot be biased in any way positive or negative.

The next step in this process requires the teen to swear under penalty of perjury that they will tell the whole. An acting judge swears in them. Sometimes these judges are acting judges for the superior court of Santa Barbara or are local attorneys who volunteer their time. Each member of the jury is required to ask two questions about why the teen on the witness stand committed the infraction, about their family life, and if they are using drugs or alcohol and if they will continue to be involved in illegal activities. Once all the jurors have asked the required two questions, the judge can ask questions pertaining to their life.

The final process includes a deliberation from the 12 teen jurors the jurors are sent to another room, whereby the Teen Court staff will help guide the jurors in reviews about the teen’s truthfulness in regards to the questions.

During the deliberation proceedings, specific questions are asked of each juror; these questions are a guideline for tailoring a specific program. Generally, this process of deliberation takes about 30 minutes, and the jurors and staff return to the courtroom. After everyone is seated and the courtroom has come to order, the judge will ask one of the jurors to read off the stipulations of the court findings. If the teen agrees with the program set forth by the jury, he/she will sign a contract stating that after completion of the contract, the charges will be expunged from their record. The parameters set forth include potential fines, group activities, one on one counseling sessions, family sessions, and AOD (Alcohol and Drug Awareness), classes.

When I was allowed to be an intern at Teen Court here in Santa Barbara I, almost immediately began to feel like that kid on the streets again. Interacting with the teens and being in a courtroom, I felt a sense of relief that finally there was a better solution to helping families and their teenagers with problems inside and outside the home besides incarceration. I truly believe from the bottom of my heart that Teen Court does help our future teens become more productive citizens, and I have been on that side of the fence where you are locked away and become just a number in the system. I don’t want to see other teens suffer or struggle and become a statistic. Life has brought me to this point for a reason, and that reason is to help others achieve their goals and not fall through the cracks. 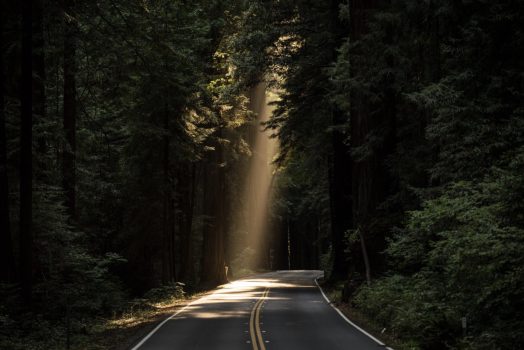 It has taken me a long time to reconcile the past and move on with life, and I owe this to some extraordinary individuals who have never given up on me even though sometimes I felt like quitting. With the help of my wife, family, and friends, I earned my GED at the age of 40 and spent the next five years at SBCC earning my associate degree in AOD (Alcohol and Substance Abuse Counseling) and with the help of students and faculty at Antioch University Santa Barbara. I am now completing my Bachelor’s degree in Applied Psychology; this an example of changing the path and helping others to do the same it’s never too late.

Ty Smith has lived in Santa Barbara for the past three decades and has seen many changes to this beachside community. Ty has spent the last two decades in the field of electronics working for such companies as Verizon Wireless, Electro Optical and Santa Barbara Auto Stereo & Wireless. Ty is currently pursuing his B.A. at Antioch University Santa Barbara in Applied Psychology and is working towards a new career in the field of substance abuse focusing on teens and young adults. Ty has received several awards in the field of Car Audio/Video. Ty also has received a two-year certificate from UCSB in graphic design. Ty’s has a strong reverence for people who suffer from addiction and trauma stemming from childhood.