Trending Now
You are at:Home»Student Activism»The Importance of Universal Preschools and How the Middle Class is Left Behind

What is Universal Preschool, and why is it so important? Universal Preschool allows any child under the age of six-years-old to attend a preschool program to prepare for kindergarten. If preschool is universal that means no need to fill out acceptance paperwork, to qualify for financial assistance, or to secure a scholarship. The problem with the current public preschool guidelines, is the middle-class is left out in the equation. The lower class qualifies for programs such as Head Start, or state-funded preschools. The upper-class can typically afford their child’s pre-school. With a universal preschool structure no child is left behind.

States that currently offer universal preschools are Oklahoma, West Virginia, Georgia, and the District of Columbia. While other states such as New Jersey and Wisconsin, offer preschool to all four to six-year-olds, depending on the district.  According to an article from EdSource Students in Tulsa, Oklahoma were more likely to enroll in an honors class if they attended a pre-k and early diagnosis in asthma, vision and other health issues were made in those who did attend a preschool in New York City. However, it is mandatory enrollment if a city offers universal preschool. Parents and guardians can still enroll their child into Montessori, nature based, religious, and other programs. Universal preschools are not meant to be a one stop shop, but are built to be a quality preschool for anyone and everyone to attend for free.

Preschools offer so much more than just childcare needs. There are several critical reasons why preschool is important, for example, these areas of development are all enhanced through quality preschool: Social-emotional, Communication, Physical, Cognitive, and Adaptive development.

Social-emotional development allows your child to find themselves within their own social environment and how to work through their emotions. The California Department of Education states, “Young children who exhibit healthy social, emotional, and behavioral adjustment are more likely to have good academic performance in elementary school”. Allowing a 3-5 year old to be in an environment with other children their age gives them the opportunity to work through emotions on their own with guidance from a teacher. It gives them the chance to make friends and learn how to without always needing someone by their side.

Communication skills will be needed by the time your child attends kindergarten and you won’t always be there to help explain what they need. Communicating with other alike aged children allows for communication verbal growth, but also lets them have their own voice with others. During your child’s communication growth they will learn how to ask questions, speak up for themselves, and ultimately have their own voice. University of Kentucky states in their Importance of Communications Skills in Young Children article “Communication development for young children includes gaining the skills to understand and to express thoughts, feelings, and information.”

Physical development focuses on gross and fine motor skills. Although it may not be a development we always think as being as important the Child Development Institute states, “It’s important to remember that what we can see physically corresponds to what we can’t see which is brain development.” Gross motor allows them to explore their overall body movement. Being in a preschool allows them to run, jump, skip, ride a tricycle, climb and much more with others in a safe environment. Fine motor focuses more on coordination in their muscles such as fingers, eyes, and hands. In a preschool setting they will have the chance to build with blocks and use items to grasp with their hand.

Cognitive development goes into critical thinking, use of language, problem solving, and learning. Help Me Grow goes into further discussion on how brain development is a part of cognitive development. Children enrolled in preschools are given the chance to make their own decisions, voice their opinions and much more. It allows them to think and figure out their own understanding of the world around them.

Adaptive development is also known as self-development which allows children to learn how to adapt to their environment and to be independent. Speech and Dot talk about the importance of how a child interacts on their own with other children or if they need assistance. A few skills linked to adaptive development are drinking from cups or bottles, feeding themselves, dressing, using the bathroom and making decisions that keep them out of danger such as not touching hot surfaces. 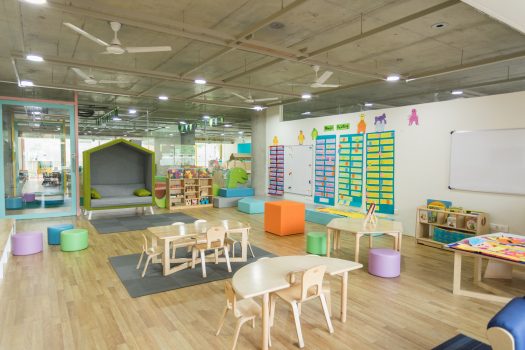 Photo by Gautam Arora on Unsplash

The National Institute for Early Education Research, NIEER, lists ten quality standards for what it takes to create a high-quality Pre-K.

Head Start is one of the most well known federally funded state programs. In order to be eligible you must make no more than $12,760 for a one person household. For every person in your family/household add another $4,480.

Universal Preschools are funded through their state. It is a government-funded program which means it is funded through state or sales tax. Is it that easy to fund a universal preschool? Short answer, no. Since the money would be coming from the state there would be a needed bill to pass. In the beginning of Gavin Newsom’s election he stated he was, “committed to universal preschool, equipping all of California’s children with the tools to succeed when they start kindergarten” while also emphasizing childcare needs for infants and toddlers. On January 10th, 2020 at the Governor’s Press Conference he proposed a plan which would allow $31.9 million to provide 10,000 spots for state-funded all-day preschools. This was just the first step of his $222 billion budget. However, this is targeting mainly low income families and transitional kindergarteners in the state of California. 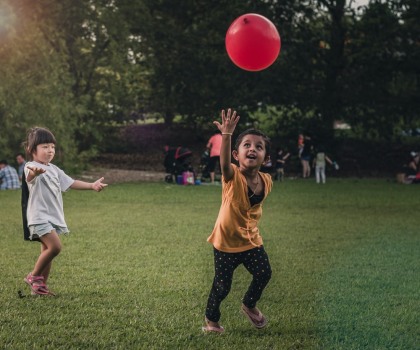 Overall, who really benefits from a universal preschool? Everyone, but when we are looking at statistics it is middle income families who are left out in the dust in either paying a quarter or more of what they make annually, or they wait to send their child to a free transition kindergarten program if available in their district, or just simply wait to send their child to kindergarten at their nearest public school.

I have worked as Preschool teacher for the last three years. This upcoming year I will be attending Antioch's Masters of Education Program.