Trending Now
You are at:Home»Student Activism»Trust Me I’m a Professional: A look at why many African-Americans abstain from seeking mental health help

Taking care of our mental health is a crucial component to living a happy and healthy life because of its interconnectedness to every other aspect of our daily lives and functioning. It is because of this strong correlation that when disaster, heartbreak, or any other negative life-changing event happens some people are unable to recover. They become consumed by these events and in many cases, the only way to overcome these incidents is with the help of mental health professionals. Unfortunately, research tells us that less than half of those who need mental health treatment actually get it. 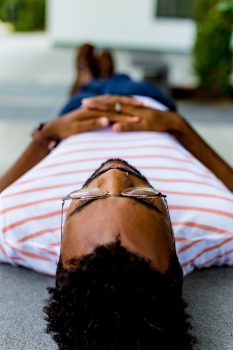 There is a multitude of reasons that bring the mental health healing of millions of Americans to a screeching halt: stigma, affordability, miseducation, lack of insurance coverage, geographical proximity to resources and many others. While all of these reasons are important and need to be addressed, the barriers to mental health treatment that are specific to the African-American community, more specifically the mistrust of the American medical establishment must be a top priority and I will tell you why.

According to reports African Americans are 20% percent more likely to experience psychological distress compared to the rest of Americans. Even with higher rates of distress African-Americans only receive the mental health help they need 30% of the time compared to the U.S. average of 43%. There are a plethora of reasons why African-Americans are not getting the mental health assistance they need.  Of those reasons, I believe the deep mistrust many have in regards to the American medical establishment is where a great deal of the other barriers emanate from. This mistrust goes back centuries and began the moment African people were enslaved and brought to this country. Therefore, in order to fully grasp the severity of the mistrust and cynicism many in the African-American community have for the healthcare system, one must examine the historical aspect of this modern-day problem.

African Americans are 20% percent more likely to experience psychological distress compared to the rest of Americans. Even with higher rates of distress African-Americans only receive the mental health help they need 30% of the time compared to the U.S. average of 43%.

It has been documented that medical colleges and doctors across the American South during slavery routinely conducted surgical experiments on enslaved people using electric shock therapy, brain surgery, and amputations with the hope to discover the treatment for injuries such as birth defects and tumors, all without anesthesia. There was even a psychiatric disorder created called drapetomania or “runaway slave syndrome” to pathologize slaves who fled from their owners. The medical professional Samuel M. Cartwright believed it was this mental illness that created the uncontrollable urge for enslaved people to escape, destroy property on the plantation, be disobedient, fight with their masters and refuse to work. It was this mental illness that helped justify the punishment, which often was the amputation of extremities. It is instances such as these that show how implicit racial biases have been cooked into the fabric of the entire medical system we see today.

For this reason, it should come as no surprise that the idea of the American medical establishment treating African-Americans as test subjects, poking and prodding them, instead of patients in need of help was not some phenomena that ended with slavery. If you fast-forward to 1932 the government-funded, Center for Disease Control or CDC conducted a study on 600 black men to try and find a cure for syphilis. 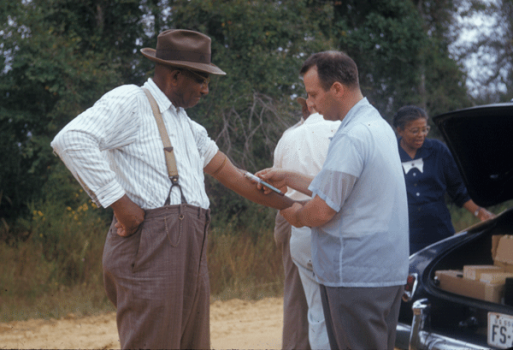 Not only did they mislead the 399 men they injected with syphilis, telling them they were being treated for “bad blood”, they also withheld the cure once they found it. That experiment went on for 40 years. It is this type of negligence and insidious behavior that seems to relentlessly prey on the vulnerability of African-Americans in this country. It is this behavior that communicates to African-Americans that regardless of how bad they may suffer physically and/or mentally, entering these historically eurocentric spaces and asking for help can end up causing more hurt than healing.

Although progress has been made in mitigating the prejudices and discrimination that can happen throughout the therapeutic process, we still have plenty of work to do. In a report published by the American Psychiatric Association, they found that African-Americans who suffer from mental health conditions like schizophrenia and bipolar disorder are more likely to be incarcerated than people of other races. In addition, they found African-Americans that report having the same symptoms as their white counterparts are still more likely to be diagnosed with schizophrenia and less frequently diagnosed with mood disorders. It is noted that the expression of these symptoms of distress may differ with African-Americans than other patients, which may explain the findings. This difference in expression may be subtle but likely has larger implications for African-Americans seeking mental health assistance. Communication is at the bedrock of just about all psychotherapeutic treatments and if cultural differences in expression are present, ensuring all mental health professionals are trained to be culturally competent, and aware of any implicit racial biases they may have has to be a priority. If this requirement is not met then African-Americans who do seek help may inadvertently suffer more as a result.

Training similar to the one described above has proven to be a necessity in the mental health field when you examine that the American Psychiatric Association discovered physicians are more verbally dominant in sessions with African-Americans than with white patients. Not to mention physicians also engaged in 33% less patient-centered communication with African-Americans than white patients. 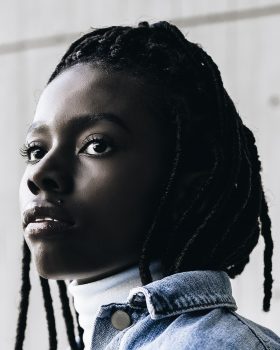 Data such as this is incredibly important because it shines a light on the racial inequities of treatment that persist in the field of mental health. It is interactions with the mental health professionals like the ones examined in the APAs report that amplify the African-American community’s skepticism of seeking mental health treatment, thus delaying the needed healing of that same community.

The uncertainty and fear that is embedded in the African-American collective must be a concern for the entire medical community but especially the mental health system. The trauma African-Americans have experienced at the hands of the historically racially biased and too often discriminatory mental health system has pushed the African-American community further from healing rather than closer. The African-Americans collective deserves to heal, they are owed an opportunity to alleviate the stress and anxieties that come from centuries of systemic oppression, and it is on those with privilege and resources in our country to ensure safe spaces where that type of restoration can happen for all of African heritage.

What can be done?

“We cannot be one America when a whole segment of our nation has no trust in America.” – Bill Clinton 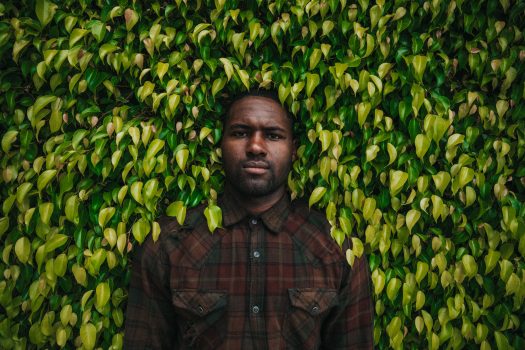 The choices made today to improve – or not improve – the mental health outcomes for African-Americans in this country will have enormous consequences for the millions from that community. The mental health system, as well as the rest of the medical community, must right the wrongs of the past and restore the faith of African-Americans in their abilities to heal. Just as former president Bill Clinton said when addressing the atrocious Tuskegee experiment, “We cannot be one America when a whole segment of our nation has no trust in America.”

Julien Santiago is from the bay area and has been in Santa Barbara for five years. He is currently working towards a BA in Liberal Studies with a concentration in Psychology. His goal is to mentor young men and assist them in their growth and development into adulthood. When he is not in the classroom or at work he is likely at home relaxing with his girlfriend Lauren, their newborn son Quincy, and dog Charlie.