From marketing to fashion to business, Johanna Smeds strives to do it all, and so far that is exactly what she has accomplished. 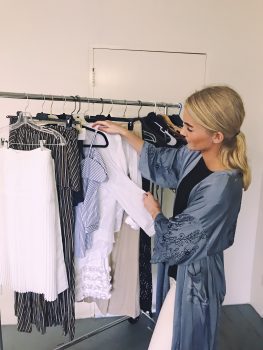 “To be a part of an amazing team of creative people and to learn every aspect of the magazine—that is my favorite part of this internship,” said Smeds after being asked about her experience with Santa Barbara Life and Style magazine. “From styling photo shoots and managing brand relations, to planning the magazines social media content, SB Life and Style has given me the opportunity to combine all of my passions.”

Smeds is currently double majoring in marketing as well as business and entrepreneurship at Antioch University, Santa Barbara. She started her courses at AUSB in the fall of 2017 after attending Santa Barbara City College for two years. Smeds moved to Santa Barbara in August of 2015 and received her degree in marketing from the local city college. She was immediately drawn to Santa Barbara after stumbling upon “study abroad” flyers in her hometown of Uppsala, Sweden, and with a desire to see the world and meet new cultures. The blue skies and sandy beaches were a plus, but Smeds says that her final decision was for the opportunity to study and take classes in the United States.

“I initially considered Antioch because my friends who were previous students spoke very highly about it,” explained Smeds. “After doing some research, I found out that the school offered small discussion based classes and had a lot of experiences with international students and visas.” 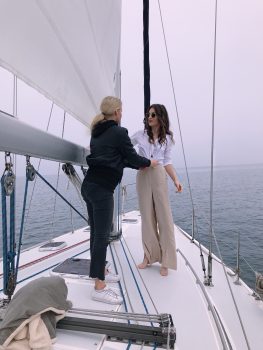 all presence of the magazine throughout various social media platforms. However, in addition to posting the brand’s content, she also gets to help create it. Smeds has styled multiple photoshoots for the magazine and gets to have an opinion on wardrobe and styling. Early on in her internship she boarded a boat in the harbor in the rain and worked with a small crew to style, photograph, and share it all on the magazine’s instagram feed.

She started this internship in January, and shortly after was chosen to go to Paris with a select group in early March. Smeds was accompanied by the editor-in-chief and her marketing boss and describes the trip as “a dream” as she roamed around Paris, posting the group’s outings on the magazine’s Instagram to showcase their everyday travels and adventures.

“I love creating social media content, so to be able to go with the magazine to Paris to network and create content was a dream,” said Smeds. “It was definitely a sneak peak of how I want my future to be, as I definitely want to have a job that allows for a lot of traveling.”

However, her involvement in internships and different local organizations did not just begin this year. She did a marketing internship for the American Scandinavian Foundation of Santa Barbara and was the marketing director of the SBCC communication honor society Sigma Chi Eta. Smeds expresses how these opportunities have been a chance for her to apply what she’s learned in class to real life. She further explains how her education and internships have been curated to give her the most experience possible and to prepare her for not only graduation, but the competitive job market ahead.

She describes her dream job or career as having something to do with fashion, but she also stresses she wants to have a positive impact on the environment in anything she pursues or creates. Smeds wants to take her education at AUSB and SBCC and combine it with her passion for fashion to someday own her own creative advertising company or fashion brand. Smeds is aware of her international student status, that does not allow her to work abroad while still in school. With her future and citizenship so unknown, it leaves Sm 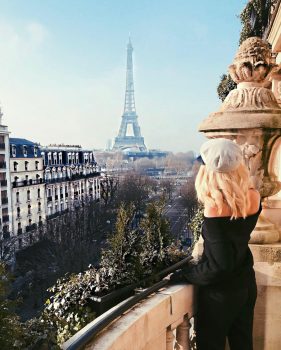 eds to be very open minded about facing new challenges and opportunities.

“I actually don’t think it would work to have one completely set plan, because if I would have followed my original ‘plan’ and been to scared to change it, I definitely wouldn’t be here today- studying from my BA and having my dream internship in California,” said Smeds.

“So I think the key for me is to continue to learn from people that are experienced in both the fashion and marketing field a well as to gain more experience to build my career.”