ANTIOCH Has a Secret

. . . His name is Paul Luciano, a quiet, tall man of stoic mystery who is always working behind his desk as the much devoted Campus Finance Director. Antioch made an extraordinary brilliant choice based on the ‘behalf ‘of every student who is currently in attendance or—graduated and moved on to chosen careers—having Paul as their pillar, ‘committed to helping students at Antioch.’

I asked Paul a question, not expecting my own abrupt personal reaction that I tried to hide.  My question to Paul, who is soft spoken and quietly seated behind his desk is: “If you had a magic wand and you were allowed one wish for the world, what would it be.?” Paul sat quietly in deep thought allowing the question to seep in and then very seriously answered. “It would be difficult to choose but if it has to be one thing it would be to rid the world of deathly disease and – sickness.” Tears.

As a teenager, Paul knew he wanted to earn great grades with the goal of ‘getting into a prestigious college within California.’ Paul was accepted as a undergraduate at UCSB and a number of other colleges in the state, but chose UCSB because “fell in love with the area.” Antioch was unknown to Paul throughout his undergraduate program but his then girlfriend, (now wife), had a friend who attended Antioch and suggested Antioch to her. Paul’s wife, Christina, came to Antioch to earn her teaching credential and Paul followed after researching Antioch when he learned he could earn his Masters in Organizational Management. Antioch was a ‘huge change’ for Paul who was used to a lot of students sequestered in large lecture halls and where he was ‘just one of thousands of students.’ Some of the changes Paul experienced were:

After earning his degree Paul worked in the work-study program assisting in the finance department while he was a graduate student and when another individual left, Paul was ‘invited to fill in temporarily’ and a few months later offered a full time position. In the 6 years this month Pual has worked at Antioch his title has changed a few times which led to his current position, Campus Finance Director, which he has held for 1 and ½ years. Paul earned his Masters in 5 consecutive terms and hasn’t looked back—

Paul married his long time significant other in 2010 is the proud father of a daughter who was born January this year. Paul is smiling again as he proudly shows me framed pictures of his beautiful daughter. 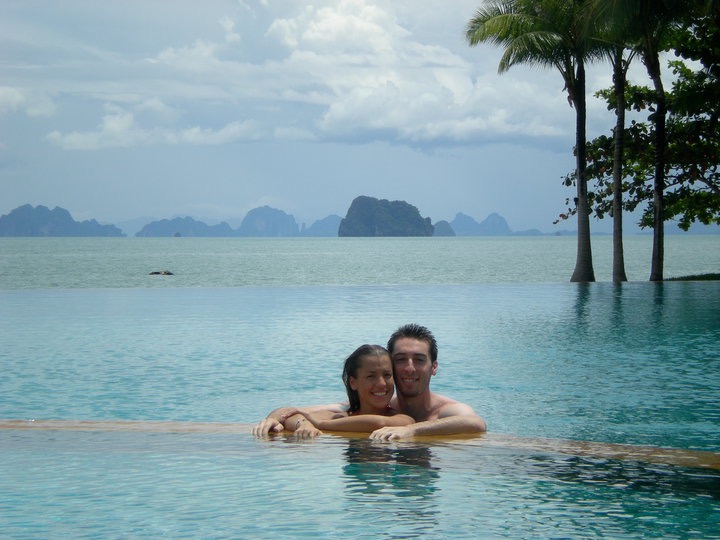 Paul and his wife Christina on their honeymoon.

Paul hoped he would be successful in life but had no idea he would be working in higher education, which is so unique.   ‘We work here as a team, and we look out for each other, and we are very dedicated at Antioch to ensure the mission is always upheld.. ‘ Paul is obviously committed to helping students at Antioch.

Traveling when not working is a passion of Paul’s that have taken him to Italy, Canada, Thailand, Mexico, and next on his list is Czech Republic and Singapore and finally, throughout Spain. I see a full, complete, happy, smile looking at me from across his desk.

My last question to Paul hit me more after I had a chance to reflect on his response and this is why I chose to reveal his answer one last time to answer pieces of an unexpected – mystery. “If you had a magic wand and you were allowed one wish for the world, what would it be.?” There is silence, then:  “It would be difficult to chose but if it has to be one thing it would be to rid the world of deathly disease and – sickness.” Tears. 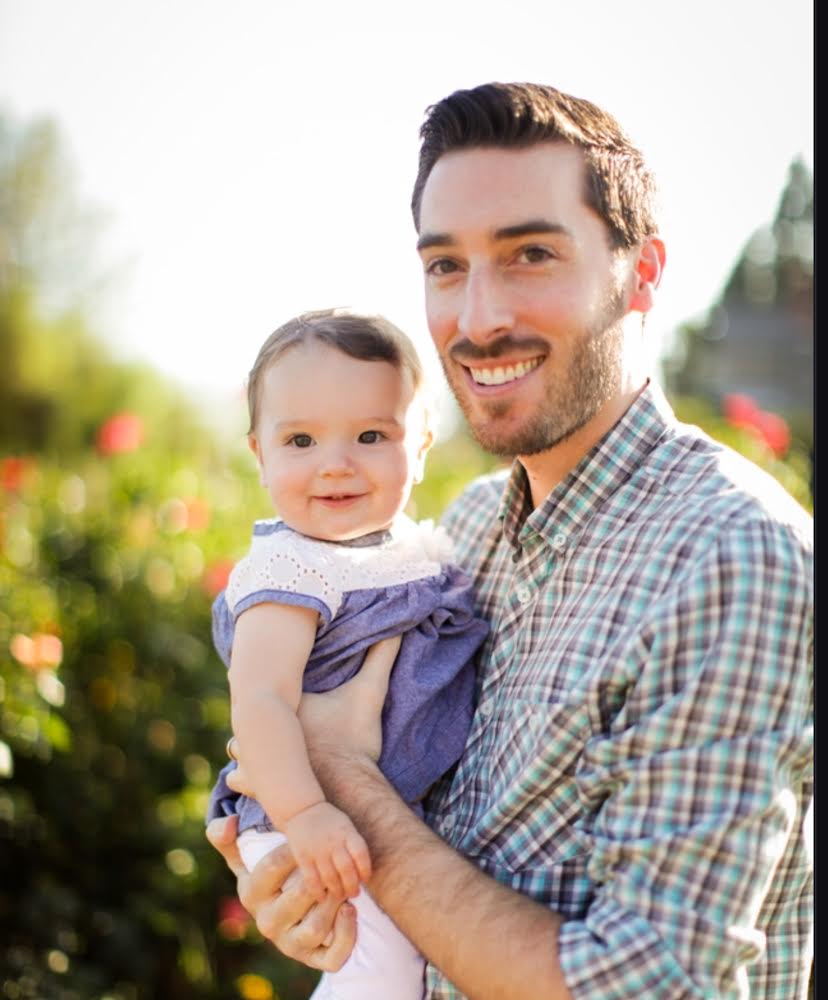 Paul and his adorable daughter.