There is well-documented psychological behavior known as the “backfire effect.” The backfire effect is when our deepest convictions are challenged by contradictory evidence, which in turn make us more set in our ways. I have experienced this a few times in class myself. I do find myself pushing against the need to qualify a difference between middle and upper class. For me, it is Us and Them. At times I find annoyance flickering through my mind as we dissect what white privilege is for the larger part of our (white class). I see the successful, intelligent, white professors leading a discussion on racism and I feel turmoil. And yes, these feelings embarrass me and I feel ashamed. I have nothing more than respect and gratitude for a community that wishes to educate and rise up against oppression. So I continue to interrogate my narrative, and reframe. I also wish to be an ally, I am tired of fearing I will take up space.

As I apply to master’s programs and prepare to graduate, there is a debate in my heart, and in my mind when considering the education I have received thus far at Antioch. More specifically, in learning to allow the emotional reaction that arises from receiving new knowledge, and time needed to digest, analyze, and challenge the preconceived notions that spring up in fear from these lessons. Thinking critically while disarming my own biases means admitting there is an existence of shameful assumptions and willful ignorance within myself. Still, to look fear in the eyes, and push forward despite the discomfort that comes with learning about race, class, social and other areas typically affected by disparity to be used for the public good means a confrontation of self which I believe will lead me to be the educated ally I wish to be.

“What you don’t know, cannot hurt you” is a saying which dates back to 1576, and similarly “ignorance is bliss” emerged from a poem by Thomas Gray in the eighteenth century! These notions are both dated and timely four hundred years later, as consciousness to our systemic and individual contribution to racism, sexism, and subjugation of power are as present in society as ever—and tiptoed around purposefully. I understand this. I have overlooked many more situations in my life less insidious than the topic of social justice and personal responsibility. But the times are changing, and so are my attempts at feigning acceptance. I do not accept. The circumstances I have been born into may seem immutable. The ways I challenge, overcome, and expel them are not. This was put into words clearly for me throughout my journey at Antioch as thinking, questioning, reconsidering, contributing, and understanding. A big part of the conversations we have in our classes surround this model, and the first step for myself was reflecting on my own form of privilege. 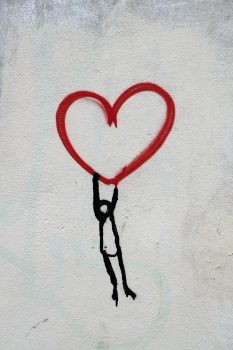 It has felt like a treacherous slope to identity with having privilege. It did not match my mindset which has been programmed through teachers, therapists, and doctors as lack. This lack mindset has up to this point proven a successful deterrent to deeper thinking. A safety blanket which once enveloped me and covered my eyes, making me tired and complacent. The weight of this blanket has strangled my willpower and optimism, and as I work to wrangle myself from its tight embrace I know there needs to be acknowledgment. Recognition of the benefits I have as a white Latinx woman. Awareness of the abundance I receive from my family and community. Identification of my personal beliefs which may be rooted in subliminal occupation of a marginalized identity.

Distinguishing between the subliminal and explicit beliefs of lack vs abundance is painful. It is also freeing.

At Antioch, I circle towards a confirmation bias which can only be disarmed by constant vigilance. Just as easy as turning a blind eye, favoring information that confirms my own beliefs is equally so. As my beliefs tend to be centered around being a victim, it is even more important to fight the tendency to stay in this low vibrational state of mind. I do not believe I can truly support another person or group if I do not challenge my own tendencies. So it is true that I have privilege. And that, in turn, means someone else has suffered more than I, as my own benefits depend on the exclusion of someone else.

Ignorance is bliss, but awareness is achingly satisfying. Like scratching an itch until it bleeds. Like eating another slice of cake and welcoming the stomach ache. Like seeing a lover again when the end of the journey together has long passed.

It is empowering to challenge my long-held beliefs. For so long I have merely been trying to survive. As I brush off the blanket of ignorance, I thank it for sheltering me. I move forward now, on a journey to become educated, aware, and empathetic so that I can one day uplift my community and fight for a more equitable world alongside them. For the fight came long before just “me” and will continue long after me too.

Nayelhi Ramirez is studying liberal arts with an emphasis in psychology at AUSB. She hopes to combine her deep love for helping others and leverage her privilege to support the latinx community which raised her, through a career in social work. Nayelhi has a creative streak humbled by her inability to do seven things at once. She is fascinated by performative justice and passionate about sea salt and vinegar chips. In her free time, Nayelhi can be found knitting, napping, and petting other people's animals, with permission.