Trending Now
You are at:Home»Columnists»Conversation is the Cure: a Personal Suicide Story

“I’m going to kill myself” is a term I believe should be permanently removed from everyone’s vocabulary.

It’s a phrase we hear far too frequently in everyday conversation. Those who use the term do not mean it literally, of course. They’re trying to say that they’re embarrassed, feel they’ve failed, or are going through something terrible, but instead, they say, “I’m going to kill myself”. The term has been trivialized.
For myself, the phrase “I’m going to kill myself” more often than not turns any lighthearted conversation into an awkward apology, a serious change in tone, or no conversation at all.
When I was fourteen years old, my father committed suicide, and when I hear that term it makes me feel that my dad’s death isn’t respected and mourned the same way it would have been if he died another way. You probably wouldn’t go up to someone who’s mother is going through Chemotherapy and say, “Rats, I got a C on my math test, I wish I would just die of cancer!” People just aren’t aware, and that needs to change. 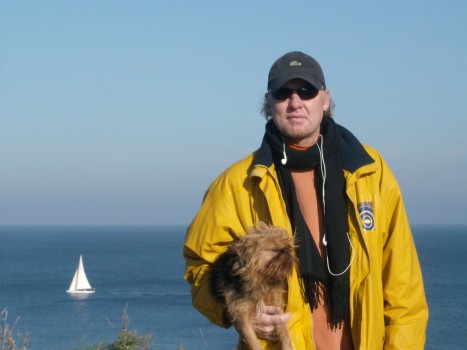 This photo epitomizes my father, for me; by the ocean, headphones blaring, and dog in hand (we got Willy, the dog in the photo, when I was just four years old).

My dad and I were best friends. He was my idol. My dad was smart, genuine, and just kind of cool. He was the type of guy that was always cracking jokes, which was probably his day to day way of coping with his depression. Along with humor, my father also often looked to alcohol to distract from his problems, which unfortunately lead to my parent’s divorce in 2006. I was devastated. Despite all of our urging him to seek help for his drinking, in hopes for our family to be rekindled, he was unable to put himself through any type of recovery.
Looking back now as an adult, I see the vicious cycle my dad was going through. He drank because it blinded the depression, but because he was drinking, we were unable to get at the real issue. My dad let his time away from the family take it’s toll, and killed himself January 28th, 2010. 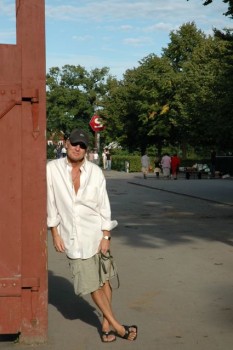 In the years before my dad’s death, we mostly communicated via email, due to the fact that he was living overseas. These are some of the final photos he sent me of himself.

I remember the moment my mom told me. I was watching some red carpet event with my friend Maddy—we both wanted to be actresses at the time. I was probably in the middle of cracking some satirical joke, mirroring the style of my father, when I saw my mom in the doorway. She looked pale and her face was very serious. When she spoke the words, “I need to talk to you alone for a minute” I was so sure that I was in trouble. So, as my heart was beating a thousand times a second and I was trying to remember what the last thing I posted on Facebook was, my mom was preparing to tell me that my father had killed himself. When she did, my shoulders felt weak and my chest felt heavy and I couldn’t believe that I was never going to see my daddy again.
The fact of the matter is that suicide is the fourth leading cause of death for Americans ages eighteen to sixty-five. Everyday, approximately one-hundred-and-five people in the United States take their own lives, and exponentially that are people left grieving over lost loved ones. If the statistic of those who have already been affected alone doesn’t impact how serious this problem is perceived, according to the CDC in 2010 as many as “8.3 million American adults reported having suicidal thoughts in the past year, 2.2 million went as far as to make plans, and 1 million made a suicide attempt”. 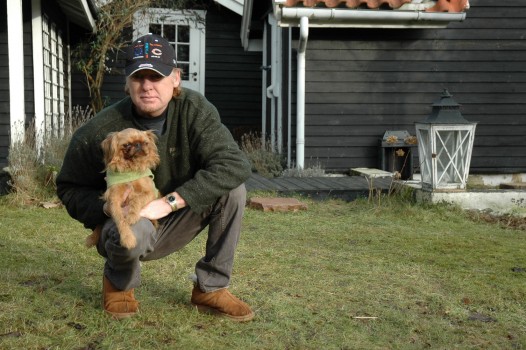 It’s often difficult to believe that it has been six years since my dad took his own life. There isn’t anything I wouldn’t give to be able to hear his voice one last time.

There are millions of people affected by suicidal thoughts around us, but they don’t wear a neon sign. It could be the homeless man downtown, it could be the high school principal, it could be your best friend’s mother, or it could be your own.
Suicide is a silent killer in our society. There is no simple fix to bring the mortality rates down; it’s not as easy as building safer cars, increasing the laws on tobacco, or researching new medicine and cures. The way to prevent our suicide rates from increasing, and hopefully help them decrease, is to raise awareness.
Suicide affects an extremely wide demographic—anyone old or young, black or white, Catholic or atheist can experience suicidal thoughts. According to the Archives of General Psychiatry, depression affects approximately 6.7% of adults in the United States. That figure is only representative of people diagnosed with depression, so it is imperative that we as a society educate ourselves on suicide, not treat it as a joke or a weakness, and talk openly with others about their feelings and our own.
mental health suicide
Share. Twitter Facebook Google+ Pinterest LinkedIn Tumblr Email