Trending Now
You are at:Home»Columnists»Fashion Buzz with Steve Soria

The Leathersmith behind Make Smith

Tucked away behind Elsie’s (my favorite lounge in town), sits an unassuming little art studio. This art studio belongs to Steve Soria the designer and owner of Make Smith. Make Smith is a company that makes leather goods for men and women. This line includes wallets, belts, handbags, key chains, and products for the home. Each piece is handmade in Steve’s studio which also doubles as a showroom. Steve welcomed me into his studio space to sit down and chat about his ever growing business. As I walked into his cozy studio, I was amazed by how efficiently he set up his store. A big industrial sewing machine sits in the corner; while all of his tools are hung up against the wall. On the other side of the room, Steve has displayed all of his products ready for purchase. The Make Smith studio was so inviting that I could understand why Steve spends most of his time there. 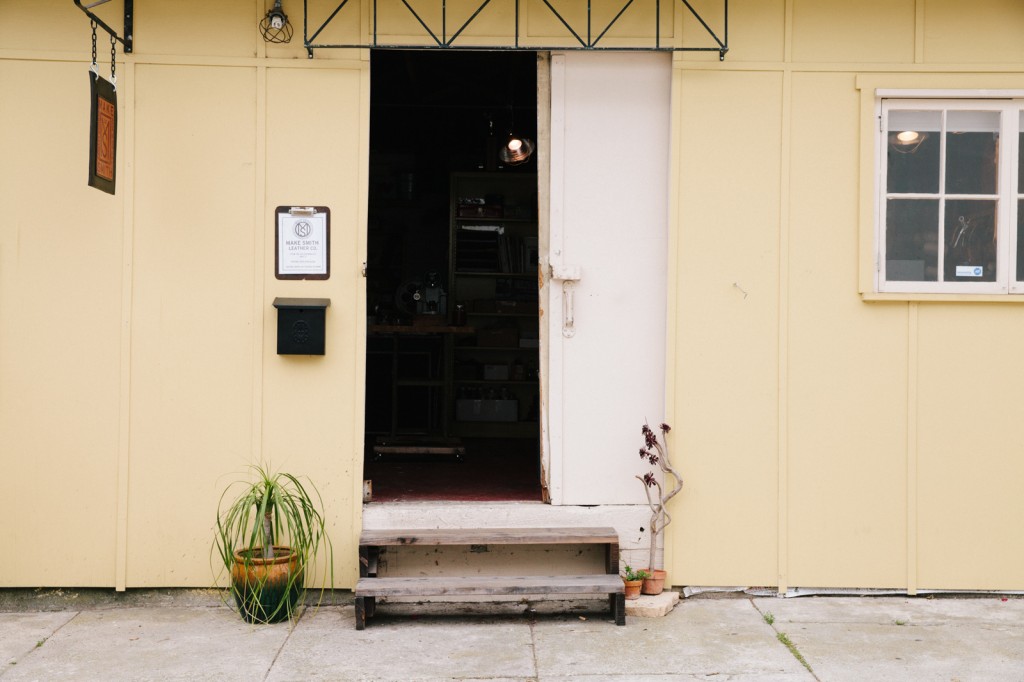 Steve didn’t always have this charming studio; he started his leather crafting at a private art studio in Goleta. “I had so many people coming to the studio to check out my work, that it became a “burden” to the other people that I shared the space with because it was just suppose to be a private space.” Since he was gaining so much popularity he decided to open up his own studio downtown and he has been in this space for about three years now. Even though he hasn’t had his business for long, it has been in the making practically  since he was born. 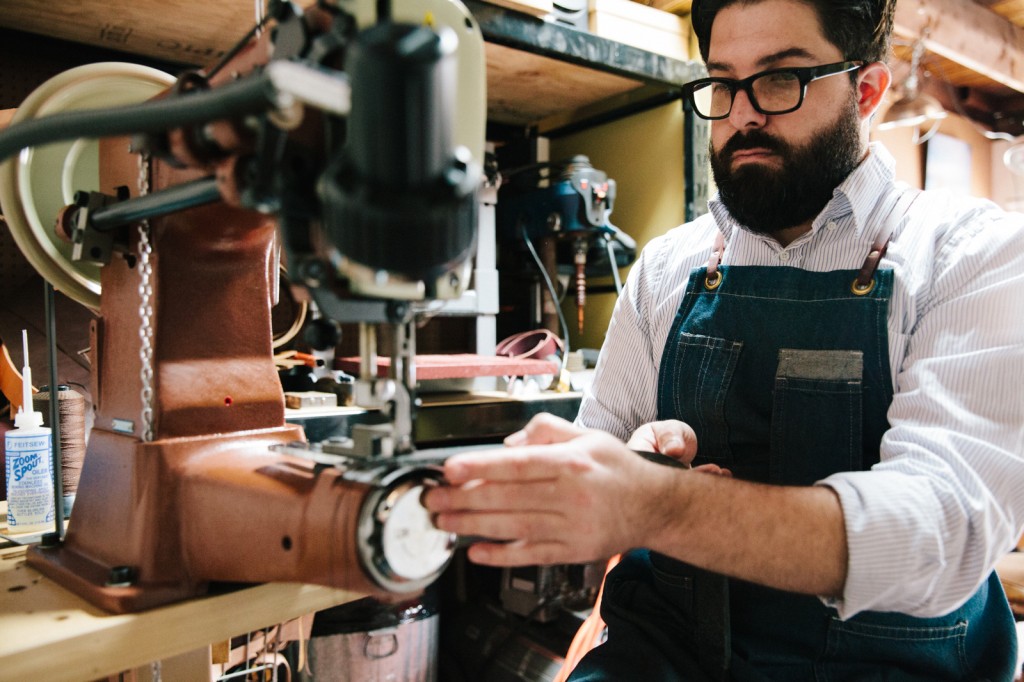 Steve working on a sewing machine made for saddles

Steve was born into  a family of leather-smiths. His grandfather and his grandfather’s brother were saddle makers and repairmen. They worked for various people until they opened up their own shop on Chapala, which is still there today. Steve’s dad grew up in that shop learning the craft, and when he was old enough he took over the business. As the times started to change people were no longer in need of saddles, so they started to specialize in repairing and selling luggage. Steve jokingly told me that he was pretty much “made to work there” because he learned about the business at a very young age. “I grew up there and was constantly working. I retired by the age 15 or 16.” Even though he stopped working at his parent’s shop, he always knew that it was something that interested him. Since Steve had an early exposure to the industry, he developed a strong creative sense of his own. When it was time for him to venture off to college, he choose to attend an art school and got his degree in design. Steve has many creative outlets, but he puts most of his energy into his business Make Smith. 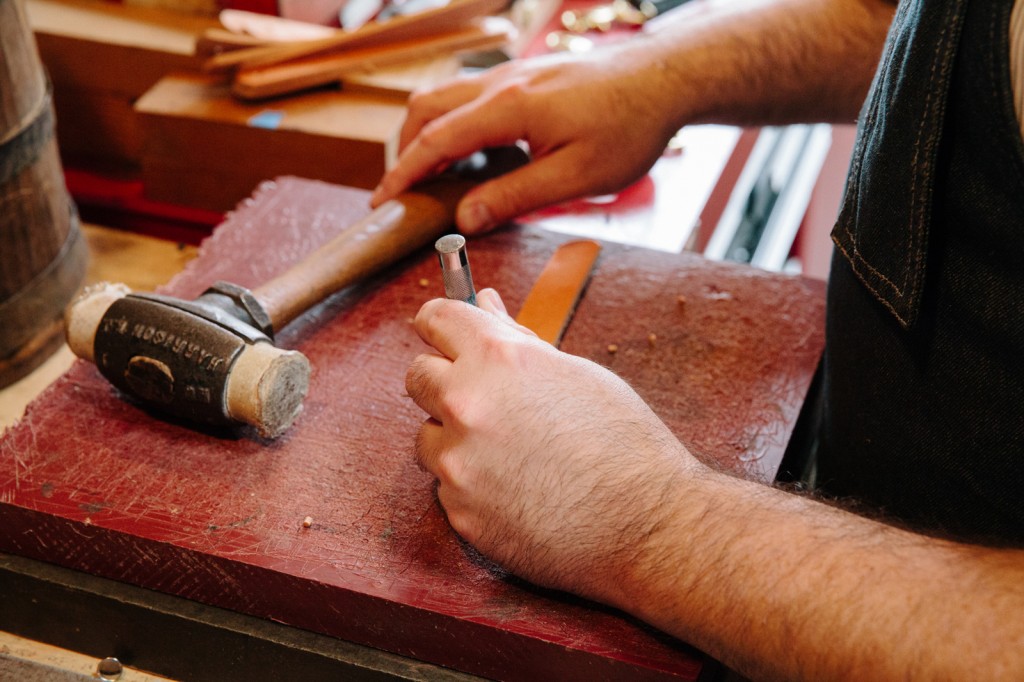 Looking over his products you can tell that he has a strong style which keeps his line unique. I asked him if his family had an influence on his style. He told me that he gets inspiration from many things, however, he still stitches his wallets on a machine like his parents used. “I learned on a sewing machine that was made for saddlery and I still stitch wallets on it. No one does that. I just like how it looks. It is more bold. It looks like a hand-stitch.” Make Smith’s products truly stand out in a city like Santa Barbara. Unfortunately, this city lacks stores that are devoted to men’s fashion. “Make Smith’s style is a bit more masculine. There isn’t really any men’s clothing stores here in town so that’s why we are going to carry ties and scarves and things that would go well with our leather goods. We hope to be one of the go to shops for guys. We have women’s stuff as well. We make belts for women and tote bags as well as sell colognes that are unisex. Additionally the style that is available to men is extremely limited.There is not a lot of leather shops in Santa Barbara or a heavy denim culture that would go along with this style. That’s why I really feel like we need a showroom to really show people what we are doing.” 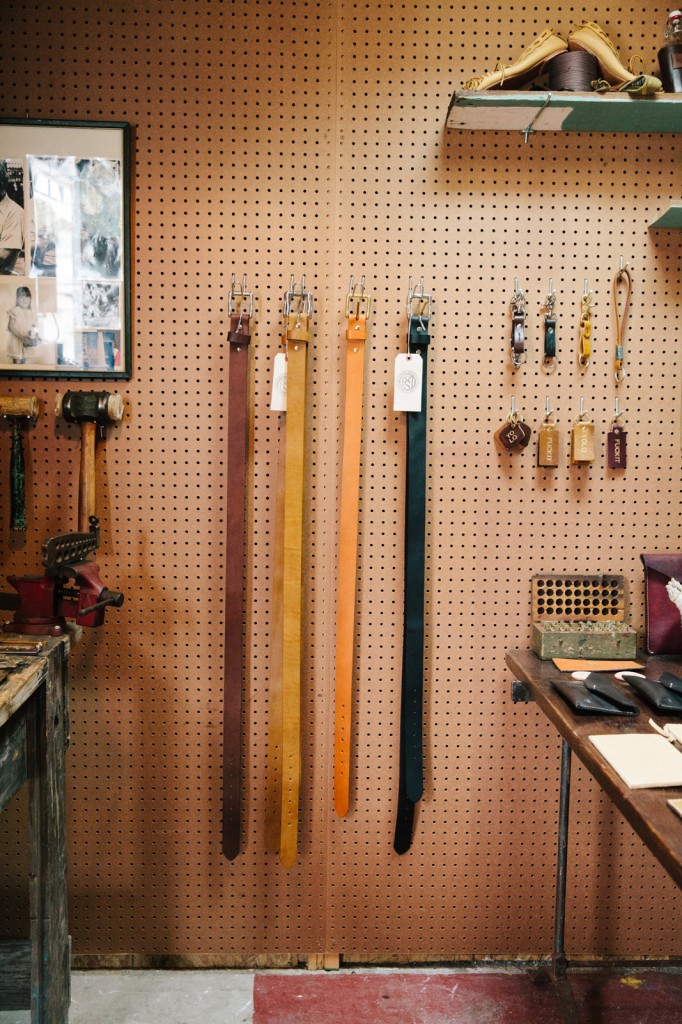 That honest transparency that he brings to  his collection is also demonstrated through where he gets his materials. “About 70 percent of our leather is a domestic cow and a domestic tannery. The other 30 percent of the leather comes from Mexico because they have a different tanning process. Ultimately we try our best to support domestic leather because it is helping artisans that we want to support.” He explained that  fair distribution of labor is a major reason as to why he tries to get most of his leather from domestic resources. 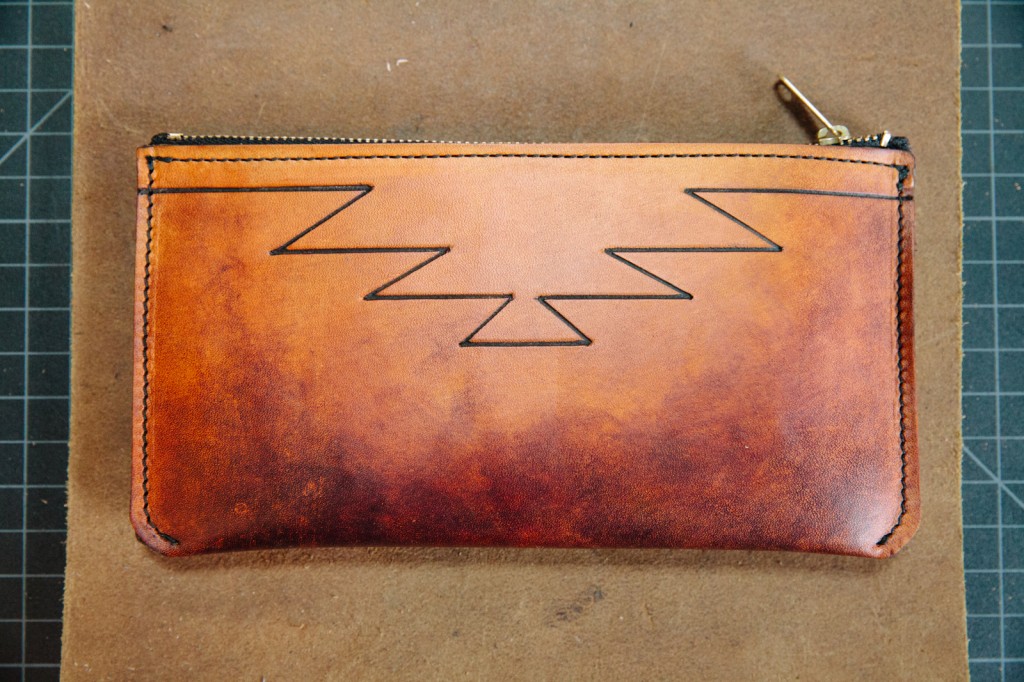 Even though you can purchase Make Smith products at his very own studio, there are eight other retailers that carry his products. He also just recently landed his first East Coast store. Although Steve is the designer behind Make Smith he also likes the business aspect behind his company.“As a business owner I am addicted to finding the next project or the next partnership.” Despite Make Smith’s rising demand, Steve considers Santa Barbara home, and says that he has felt welcomed by the community. Many people like to buy his products not only for the style, but because they are locally made. “People like to buy our wallets because they are handmade… you can go to the mall but it’s not going to be the same.” So next time you are at Elsie’s make sure to peek into his shop; I promise you won’t be disappointed.

To learn more about the leather that is used for Make Smith’s products listen here: