Trending Now
You are at:Home»Columnists»Post-Paris: The Impact of Technology

Although technology in many ways have disconnected us, I think the aftermaths of the horrible events in Paris is an amazing example of technology done right. 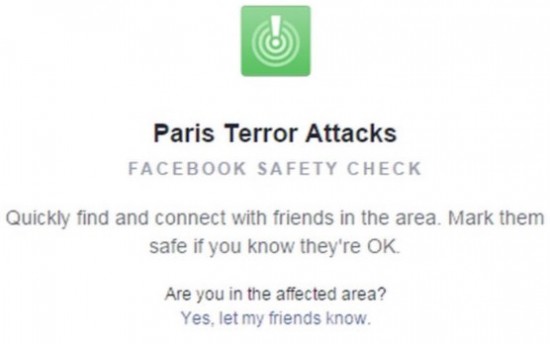 People in Paris could mark themselves as “safe” to notify family and friends.

Friday afternoon. I’m still at the office when my boss get a text message blast from Santa Barbara News Press: 100 people dead in hostage situation. “Is this a weird Friday 13th joke?” she asked and I did not think more about it. Two hours later, I arrived at a local coffee shop and had a new Facebook notification stating that four of my friends were marked Safe in Paris.

In the midst of all the travesty it hit me how important technology has become. Online newspapers live stream content from Paris, people tweet in the hope to find their loved ones stuck in the massacre. Technology has enabled everyone to become a journalist and helped media agencies to

Daniel Psenny, reporter at Le Monde, shot a video from his apartment capturing people fleeing the backdoor exit of Bataclan and reached millions of people. Another video of a dad comforting his son went viral on social media the other day.