Once a year for an entire week, people have been gathering together and celebrating on the streets of Santa Barbara. Colorfully dressed girls giving out flowers, servers handing out authentic Mexican food, and people enjoying each other’s company with Mariachi bands playing in the background—Fiesta or more specific Old Spanish Days Fiesta has brought thousands of people to our town. We at Odyssey were curious to see, how many people were aware of the history of the celebration?

In 1924, Santa Barbara County held the very first Fiesta festival. The festival was created to celebrate the time when Santa Barbara was under both Mexican and American rule. At the time, the city consisted mainly occupied by ranchos, which are modern day cattle ranches. 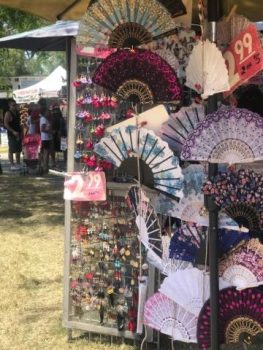 Today, Fiesta has been an opportunity for locals to promote and advertise their businesses and organizations. Since the celebration attracts many tourists, the city fills with people, and therefore Fiesta gets renowned among locals making an extra buck!

This year’s recent fiesta started on Wednesday, August 1st, and lasted until Sunday the 5th. The first day kicked off with “La Fiesta Pequena,” which the program had performed in a setting from 1927. The program included traditional songs and dances by the Franciscans.

For five days, Santa Barbara teemed with locals and tourists attending all different kind of events around the city. On Friday noon, the Historical Parade took place starting from Cabrillo going up all the way State Street. This year was the 94th time for the parade, and it included over 600 hundred horses and carriages. 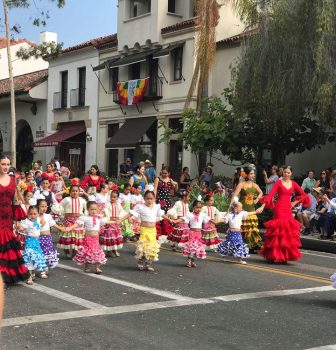 The Children’s Parade was on Saturday morning and watched from the sidewalks of State Street. This event attracted many families. The participants in the parade had flowers that are handed out to the public. Traditional stuffed eggs with confetti cover the street of Santa Barbara. The locals filled thousands of eggs with confetti while painting them in colors and figures

Another popular event was the Casa Cantina at the Casa de La Guerra in McKenzie Park. The event opened at noon and lasted until 12 am! At Casa Cantina, locals get together for traditional food, drinks, and of course, more music. This event was perfect for all ages since the kid’s carnival is located in the same park as the beer garden. 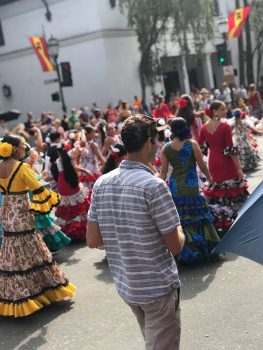 music, and the company of diverse people. The celebration helped the city flourish, and the people were genuinely enjoying themselves.

We at Odyssey suggest visiting Santa Barbara during Fiesta to experience this incredible atmosphere yearly and enjoy the culture that built Santa Barbara.