Trending Now
You are at:Home»Current News»Community»4 Takeaways from the “Rape on Campus” Rolling Stone Article

How a simple fact check can cost you $25 million.

After affecting not only the accused persons involved, a multiple of ripple effects caused a big uproar between Rolling Stone and the University of Virginia’s fraternity, Phi Kappa Psi. A lack of good facts lead to a lawsuit. Read the story here.

1. Fact check before you publish

As a journalist your credibility is all you have, writing a false accusation can cause a negative effective on you as the writer and the subject you are writing about. If you have already caused damage a public apology should follow:

“We would like to apologize to our readers and to all of those who were damaged by our story and the ensuing fallout, including members of the Phi Kappa Psi fraternity and UVA administrators and students,” managing editor Will Dana said in a statement in April. “Sexual assault is a serious problem on college campuses, and it is important that rape victims feel comfortable stepping forward. It saddens us to think that their willingness to do so might be diminished by our failings.”

2. The power of an article

When you are writing about another person, most of the time your readers believe you, therefore you have to understand the power you have. The power doesn’t necessarily benefit you it can also be harmful both to you and others.

3. Pictures speak for themselves

When you use a picture you don’t always have to explain what you see. Not only were the fraternity brother’s being threatened by text messages, there were also damaging messages sent to them around campus. 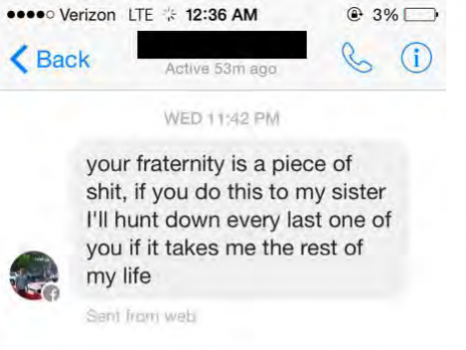 A text message sent to one of the fraternity brothers 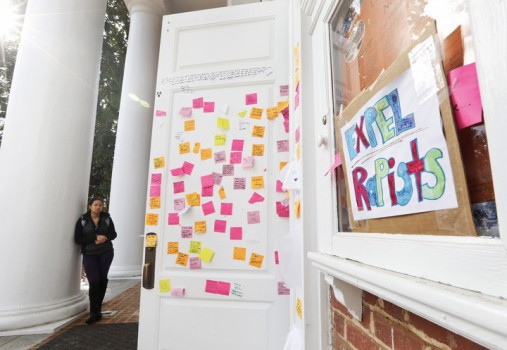 4. When publicizing, use the information wisely

When writing about sensitive subjects such as rape accusations, use the information in a way that is non harmful and non biased. The facts could be correct, but it’s also about how to present the facts in a balanced way.

“Innocent brothers were besieged in their residence, physically threatened, protested against and vilified by unknown assailants, fellow students and the university community,” the fraternity said in a statement. “Impacts of the article were felt well beyond the University of Virginia and Charlottesville.”

So before making a huge mistake in your career, and negatively affecting so many through an article, make sure to fact check before your credibility costs you millions.