Trending Now
You are at:Home»Current News»Community»War on Addiction vs. War on Drugs 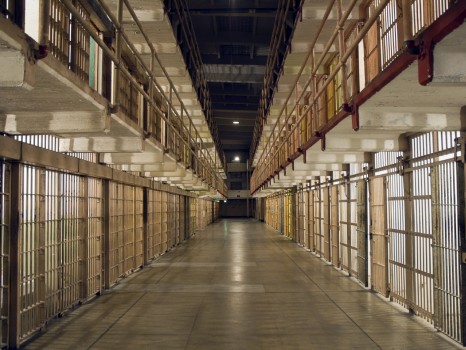 Prison provides an opportunity for networking with more seasoned criminals.

“No other society in human history has imprisoned so many of its own citizens”. The U.S is only 5% of the world’s population, but has 25% of the world’s inmate population and thus has become the highest incarcerating country in the world, that means that one in every four people of the prison population in the world is in the U.S. On top of that, 97% of federal inmates are in prison for nonviolent crimes. Numerous shortfalls can be identified when examining The United States legal system. The shortfalls of the prison system negatively influence essential factors in the U.S society and is so expensive that it surpasses the GDP of 133 nations. The legal system is a social justice issue because it targets and is mostly punitive to issues concerning substance abuse and fails to rehabilitate those who need treatment for it. A legal system should justly penalize and rehabilitate at the interest of the country, instead of being a burden on the national economy and taxpayer. Currently, our War on Drugs is a health based solution to a health based problem.

First, 50% of the incarcerated are imprisoned and charged with drug crimes, two-thirds of which are non-violent, such as the possession of illegal narcotics. Additionally, it means that millions of Americans are imprisoned because they have an addiction. Addiction is defined as a chronic brain disease due to the fact that it alters the brain. The brain changes that occur over time challenge an addicted person’s self-control and hamper his or her ability to resist intense impulses to take drugs. On top of that, only 11% of individuals with an addiction disorder receive any treatment during their incarcerations.

Public perceptions have an impact on public policy and vice versa. The public perception is probably one of the major contributions to why the U.S. choose to punish addicts instead of treating them:

“In 1985, the proportion of Americans polled who saw drug abuse as the nation’s “number one problem” was just 2-6 percent. The figure grew through the remainder of the 1980s until, in September 1989, it reached a remarkable 64 percent – one of the most intense fixations by the American public on any issue in polling history.”. 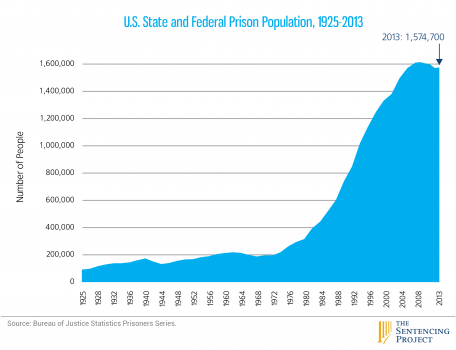 In June 1971, President Nixon declared and coined the term “War on Drugs” and dramatically increased federal drug control agencies, mandatory sentencing, and no-knock warrants. Additionally, he placed marijuana in Schedule One, which means that it became classified with the same category as cocaine, heroin, and other heavy drugs. A few years later, Ronald Reagan became President and started a period of rapid growing incarceration rates. He adopted Nixon’s drug hysteria soon after he took office in 1981, and expanded the war on drugs even though it wasn’t effective. In 1980, 50,000 individuals were incarcerated for nonviolent drug offenses, but in 1997 the numbers had risen to 400,000. His wife, Nancy Reagan, launched a very popular anti-drug campaign and invented the slogan “Just Say No”. Somewhere in U.S. history, the perception of addiction shifted and the notion of punishing addicts was born. Nancy Reagan’s “Just Say No” campaign strengthens the theory that the public understanding of addiction is weak. Needless to say, the initial choice to take drugs is often voluntarily but the changes that alter the brain once an individual becomes addicted makes it hard to “Just Say No”.

Recidivism
When our recidivism rate is at approximately two-thirds within three years of release, it makes no sense to punish substance abusers instead of rehabilitating them. Rehabilitation should be the number one priority in the case of drug-related offenses because there is no other solution to the problem. Inmates who suffer from addiction are more likely to be incarcerated again, begin their criminal careers at an early age and have more contacts with the legal system. Thus, treating substance abusers and solving the problem will lower the recidivism rate, and allow resources to go to other public services.

Decriminalize and Treat
To solve the failing legal system, the U.S needs to:
1. decriminalize drugs and offer successful addiction treatments, and
2. offer prevention programs to educate and change the public perception on addiction.

Decriminalizing does not mean legalizing drugs, but it is important to understand that addiction is more of a healthcare problem, than it is a crime or moral failing. Currently, there is an underlying perception that addicts are a risk to society, and that a less punitive system would result in chaos, but that is not necessarily true. For example, Portugal is considered to have one of the best drug policies in the world because of their decline in drug use, ever since they decriminalized drugs and shifted their focus to prevention and rehabilitation efforts. There has been more than a 50% decline in drug arrests, and around 23% decline in drug-related offenses

Rehabilitating substance abusers would change the reality for the better for millions of children in America, and could help break the cycle of addiction in families with an addiction history. Parental incarceration increases the risk of children living in poverty or experiencing household instability and will most likely affect the future quality of the children’s lives. “Parental incarceration is now recognized as an “adverse childhood experience”; it is distinguished from other adverse childhood experiences by the unique combination of trauma, shame, and stigma”. Furthermore, inmates who are in prison for substance abuse were twice as likely to have had at least one addicted parent. Family systems and communities are strongly correlated, as the family system is the backbone of society. If incarcerated parents were rehabilitated instead of punished, they could become role models, community leaders, and be more actively involved in their children’s lives. However, the current system deprives our nation of non-violent individuals who could be rehabilitated, workers and taxpayers.

Education
Secondly, there need to be mandatory informative and prevention programs in the educational system, in order to equip the youth with correct knowledge about addiction. in school, we are told to stay away from drugs because “drugs are dangerous and deadly” but scare tactics seldom work. A lot of drugs do not have a visible instant harmful effect, which makes individuals believe that they have been lied to when they try drugs for the first time. In addition, since they cannot see the physical and psychological injury instantly, many believe that they can continue without any consequences or effects. Often, we sweep addiction and other ‘uncomfortable’ topics under the rug. However, the whole notion that addiction and drugs are taboo and not to be talked about is more harmful than beneficial. Knowledge leads to caution and understanding. If more people in the U.S received proper scientific knowledge on addiction; they would be less likely to try it, have tools to prevent falling in the negative cycle of addiction in family history, and would be more likely to understand addicted individuals.