The NBA Finals—Where dreams come true, legends are born, tears are shed, and cheers fill the stadium. In honor of the 2016 NBA Finals coming up, let’s take a look at some of history’s most memorable NBA Final’s games and match-ups.

1.) The infamous Chicago Bulls franchise of the 90’s.
One of the most memorable trios in basketball—Who can forget Jordan’s fade away, Pippin’s attitude, and Rodman’s hair. Besides those characteristics, these three knew how to compete and contributed to one of the most known winning sports franchises in history. Lets’ just say the 90’S wouldn’t be the same without the Chicago Bulls. 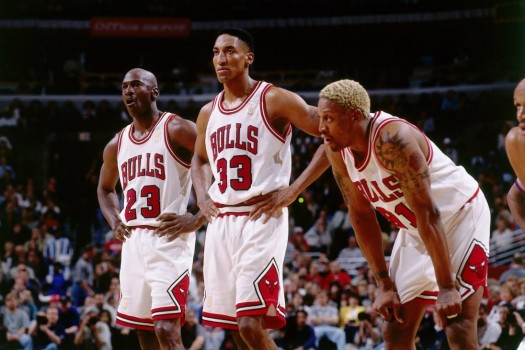 Chicago Bulls vs. Utah Jazz: 1998 NBA Finals- Game 6
Michael Jordan styled up the court in his rumored ‘last game’ in the NBA. Jordan had 37 points mid fourth quarter. At this point, the score was going back and forth—-Karl Malone and John Stockton tried to double team Jordan, but it was too difficult of a task for Michael’s fade-away jump shot, and unstoppable drives to the basket. With help from the squad, and MJ hitting that infamous jump shot from the three-point line, the Bulls win the game for their second-repeat championship. Anyone else remember watching this game? Take me back! 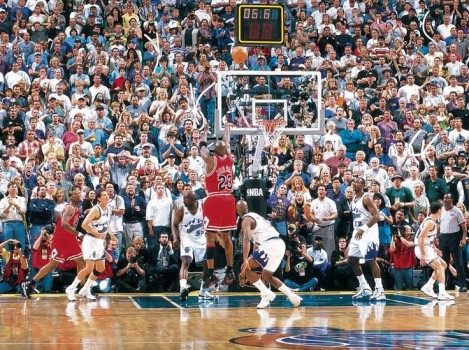 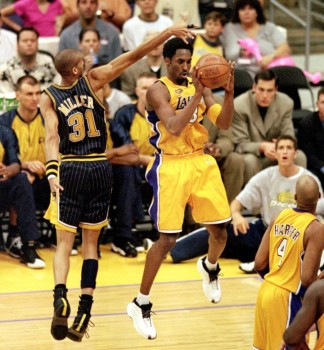 Los Angeles Lakers vs. Indiana Pacers:2000 Finals- Game 6
There is this commonly known expression in the NBA called, “the Lake Show,” and that it was. The Los Angeles Lakers have a pretty undeniable championship winning record. 16 Championship titles to be exact. For those of you that don’t know the term, ‘Lake Show,’ that’s okay. Check out the video below and see Kobe, Shaq, Green, and Harper tear up game 6 of the 2000 finals to win the title.

3.) Now let’s head back to 1991-The Glory Days
The 90’s wasn’t just the Chicago show. No way. The NBA had something else too–It had a little magic… 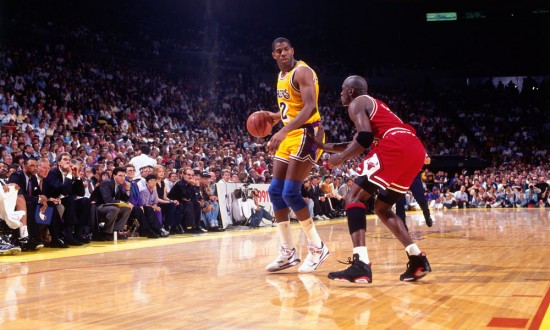 Los Angeles Lakers vs Chicago Bulls:1991 NBA Finals- Game 5
Didn’t get a chance to see the infamous 1991 NBA Finals first hand? Me neither. Unfortunately I didn’t get the chance to witness this glorious 1991 match-up between the Bulls and Lakers—Well, because I was too busy being born. Yep, I was born during the 1991 NBA Finals. This series was so good, my dad even admitted, “I was watching the series while you were being born, it was playing on the delivery room.” This could be why I love Lakers. If you’re like me, and didn’t get the chance to see Magic and Michael battle for the NBA title, watch the video below and see what you missed.

To see more news on the 2016 playoffs so far, visit ESPN offical site