Trending Now
You are at:Home»Current News»Sports»What You Need To Know Before The NBA Season 2016/2017 Starts

The upcoming NBA season will begin on October 25 and after witnessing one of the most memorable Finals series in NBA history where the Cleveland Cavaliers came back from a 3-1 deficit against the Golden State Warriors, this season will definitely be worth watching.

Last year, we witnessed history being made with the first ever 3-1 comeback in NBA Finals history and the Cavaliers first championship in their 46 years old franchise history. Even though Steph Curry’s Warriors did not win the championship, Golden State Warriors set the record for most regular wins in a single season when they finished with 73 wins and only lost 9 games. The offseason has been filled with player transfers. The league’s most valuable player in 2014, Kevin Durant has packed his suitcase and moved from Oklahoma to the San Francisco area to play for the Golden State Warriors. Here is my biggest offseason additions and losses for the three Californian teams that will make the 2016/2017 season one for the history books.

Los Angeles Lakers – Can It Get Any Worse?

This season will be the first time in twenty-years that the Los Angeles Lakers will not have Kobe Bryant on the court. Bryant retirement from professional basketball was one of the most emotional moment last season. Bryant scored 60 points in his final game for the Lakers which was the most points scored in a single game last season. With one of NBA’s greatest player now gone, the Lakers have made some interesting offseason trades.

Lakers signed the Cavaliers center, Timofey Mozgov on a four-year worth $64 million. A extremely expensive contract but I guess the Lakers don’t know what to do will all their money now when they don’t have to pay Kobe Bryant his yearly salary of $25 million dollars. The Lakers biggest offseason addition was their new coach Luke Walton. He was the Golden State Warriors assistant coach to Steve Kerr for the previous two seasons. Prior to last season, Walton was appointed as the Warriors interim head coach when Steve Kerr had to leave of absence to rehabilitate his back. Waltons coached the Warriors to the best start in league history, with winning the first 24 games. Walton is a young enthusiastic coach with a short but extremely good record and the fact that he has won 2 championships as a player for the Lakers makes it an even greater addition. 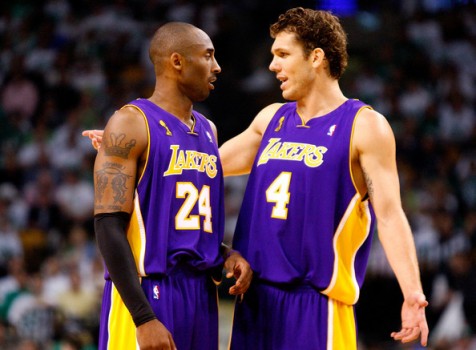 Golden State Warriors players and fans may still be having nightmares about the last NBA Finals. The Warriors had some big offseason losses which included four players from the 2014/2015 championship squad. Harrison Barnes and the big Australian guard Andrew Bogut both went to Dallas. The Brazilian shooting guard, Leandro Barbosa left to Phoenix and Marreese Speights is now playing for the Los Angeles Clippers. However, the Golden State Warriors managed to sign Kevin Durant on a two-year deal for $54.3 million. Kevin Durant is considered one of the three best players in the league. With Kevin Durant, Steph Curry, Klay Thompson, and Draymond Green as their starters, I am wondering how anyone can stop this team. Durant’s Oklahoma Thunders lost last year to the Warriors in the Conference finals. Durant decision to join the Warriors after being in Oklahoma for 9 years is a very weak move due to the fact that Durant  signed for the Warriors only a few weeks after Thunders blow a 3-1 lead against them. Joining your Conferences biggest competitor is a extremely weak move for being a NBA superstar. 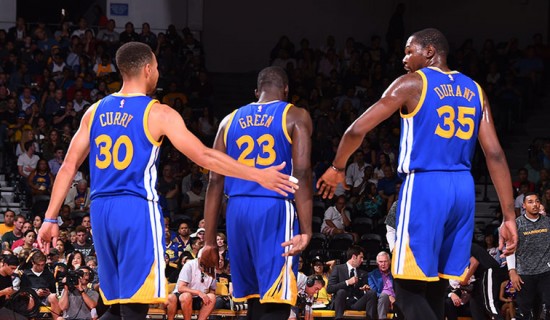 If you can’t beat them, join them.
This year will be Durant’s best chance to win his first NBA Championship

Los Angeles Clippers – Have To Avoid Injures This Season

The Los Angeles Clippers finished 4th in the Western Conference last year, which considered a solid regular season for the Clippers. However, after losing in the first round of playoffs to the Portland Trail Blazers, the Clippers should be very disappointed. An unlucky season for the fans when the two stars Chris Paul and Blake Griffin sustained season-ending injuries during the playoffs period. The Clippers have managed to keep the same starting squad and just switched some experienced bench players. They should be able to reach the Western Conference semifinals this year if their players manages to stay healthy.

Blake Griffin needs to step up his game on and off the court. The power forward has to control his temper this season. The Clippers can’t afford to have him suspended or injured anymore this season. Last season, Griffin suffered from a hand fracture after hitting a member of the team’s equipment staff in the face during an argument. It took him around 2 months to recover and then Clippers also suspended him for four games. If the Clippers want to be considered a top team in the Western Conference, Griffin has to start behaving like a professional athlete on and off the court. 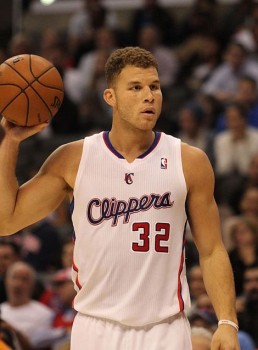 No more throwing punches at staff members and more dunks this season, please!

The Golden State Warriors will easily win the regular season in the Western Conference. I also predict the Los Angeles Clippers will finish third. The Los Angeles Lakers should just focus on winning more games than last years embarrassing number of 17 wins. That is approximately one win every fifth game. I am confident that Luke Walton will improve the Lakers organization in many ways this season, last year was an embarrassment for the franchise.