Trending Now
You are at:Home»Docs»A Culture of Waste in America

A Culture of Waste: Almost Half of the Food in America is Never Eaten

“We don’t waste food.” Is this an unattainable idea, reserved only for utopia, or can we actually manage to reduce our waste in this wealthy country, or even in this world? As I revealed in “Dumpster Diving and the Culture of Waste in America,” up to 40 percent of food is wasted in the US annually. If the United States wasted only 5 percent less, it would be enough to feed 4 million Americans! Instead, these 4 million people try to scrape by on food stamps or just barely by begging. 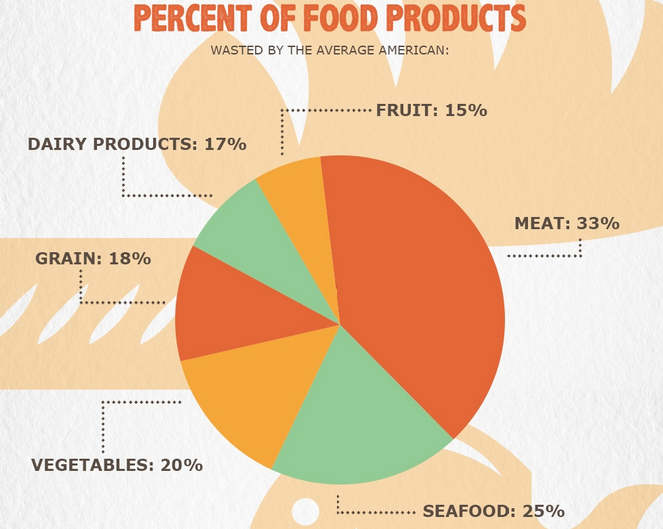 Which Foods Do Americans Throw Out? (Source: visualizing.org)

In my documentary “A new Wave of Hunter-Gatherers,” Ransom U. was one of those 4 million. Last time we saw him, he had just moved to Santa Barbara, California, and was enrolled in school. His brother Mack was on food stamps, which helped both of them get through the month. Additionally, they would go dumpster diving. Why would they dumpster dive if they were able to receive food stamps, you might ask?

Both Mack and Ransom contest the idea of waste, and since grocery stores often throw away foods that are still edible, they felt the needed to reduce this unethical amount of waste. They agreed that dumpster diving is not for everyone, but that does not mean everyone should continue wasting food. We have all done it: we have forgotten about the zucchini in the back of our fridge. We bought too much milk and had to throw out half of it because it spoiled. We bought groceries on impulse rather than planning out meals and only buying what we would need. In a country like the United States, it is easy to build up habits such as the ones mentioned above, because we don’t see the consequences of our actions. 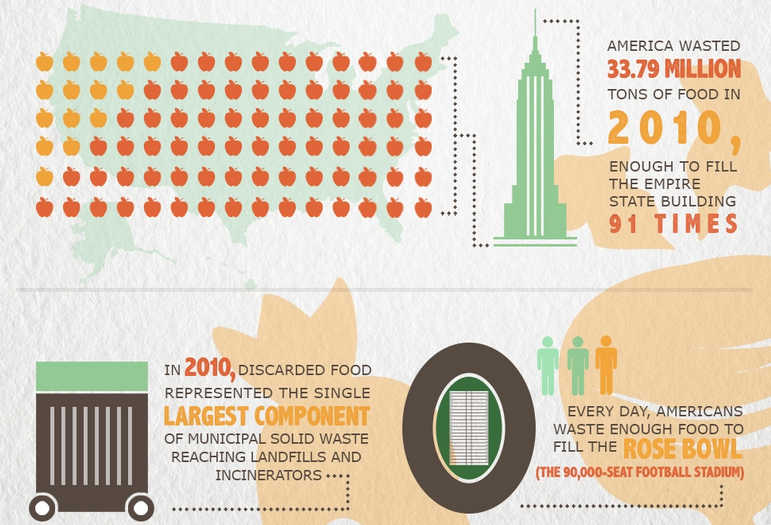 Additionally, we often don’t know how harmful some of our habits are, especially to the environment and to our planet. Have we ever thought of what to do when our landfills fill up, when there would be no space anymore to hide our trash? We teach our children how to dispose of trash, but do we teach them about the whole cycle of food and waste? By dumpster diving, Ransom and Mack believe that they are fighting for something they believe in. Now, half a year after “A New Wave of Hunter-Gatherers,” they both have found jobs that help sustain their lifestyles, but dumpster diving is still on their agendas. For them, dumpster diving is more than getting their next meal.

What needs to change is people’s mindsets and way of thinking. Ransom and Mack told me they once found about 100 eggs or more in a dumpster, still packed in the cartons, in which only one or two eggs had been cracked. Whole cartons of eggs don’t need to be thrown in the dumpster if one of those eggs is cracked. Replace the egg and sell them. Or perhaps, we could simply sell eggs as a single item. Why do eggs even have to come in 6 or in 12 packs? Similarly, the brothers find unopened and still fresh milk, orange juice, and cheese. Technically cheese can’t go bad, since cheese ages. But that’s just a nicer term for rotting. The point I am making is that we need to also buy the dented orange juice carton, the ugly fruit and the funky bell pepper. Because those are the items that are going to end up in our dumpsters. And not everyone wants to be a “hunter-gatherer.”

By the way, what happened to Will B., the tenderfoot in “A New Wave of Hunter-Gatherers?” Dumpster diving was not for him. He could not handle the “smells and juices.” However, it was an impressionable experience for him, Ransom and Mack agree. It really helps seeing things with your own eyes. Up until that happens, ignorance will continue to be bliss for many.

–  Check out the entire infographic on food waste in the United States! It’s worth your time!