Trending Now
You are at:Home»Features»Entertainment for the Masses

Known as the Entertainment capital of the World, Los Angeles has far more to offer than music and movies. With no less than 7 (!) professional sports teams in 4 different types of sports, Los Angeles offers something for everybody. Before rushing into my article on sports in LA, be advised that Los Angeles does currently not have a professional NFL Football team. Although there are talks and rumors about a return of the Rams, nothing is set in stone, and a lot can happen before such a franchise move is finalized. 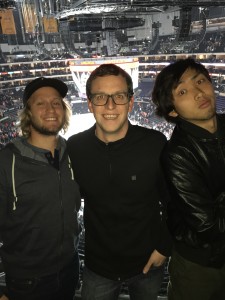 A major sport event in Los Angeles is happening at the Staples Center in downtown LA. The LA Kings, reigning Champs and Stanley Cup winners, are playing their opponents in action-packed and exciting games. I went down to LA to see a game, and was surprised, but entertained by the action on the ice. With hard tackles, blocks, and sometimes fistfights (I was expecting more), ice hockey offers more than just scoring goals. Unfortunately, the “Go Kings Go” cheers seemed ‘forced’ on the audience, and little initiative was taken by the fans. For most of the time, the crowd was quite and tried to follow, at best, the slow and little action-packed game. From a European standpoint, this seemed unusual, as soccer stadiums are often more entertaining, with crowd chants heating up the atmosphere. Staples Center is a pure entertainment arena, with food places, bars, shops, and other entertainment options. Built to please the masses, the surrounding block is filled with Starbucks Coffee, Smashburger, McDonalds, and numerous other food and hangout spots. And if the LA Kings are not your team, head down to Orange County and support the Anaheim Ducks, Pacific Division leader by a large margin. The most interesting game would be to see the LA Kings oppose the Anaheim Ducks, as both teams share a fierce rivalry. 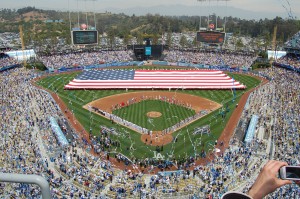 Although Football is America’s Sport # 1, every other major sport is represented in LA. MBA Baseball Season will kick off in spring, and Los Angeles is represented with two strong teams, both making the playoffs last season. The Los Angeles Angels, based in Anaheim, Orange County, clinched the West Division in 2014 and went into the playoffs with the best national record (98-64). A fierce rivalry developed between both LA teams, with the Dodgers also being a top team in recent years. With National League MVP pitcher Clayton Kershaw, the Dodgers clinched their division with 94 wins, also making it to the playoffs. Expect a lot from both teams during the 2015 season. 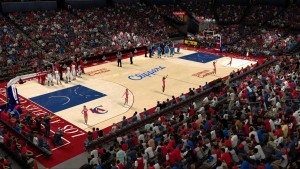 For some, including myself, Baseball seems like a really slow and less action-packed sport. Unless you are sitting in the unlimited food section, where your main focus may lay on Hot Dogs, Nachos, and endless soda fountains. If you have zero interest in Baseball, another option is Basketball. The Los Angeles Clippers with superstar Blake Griffin racked in a 28-14 this season, being second in their division only trailing the Golden State Warriors. On the other hand, the LA Lakers with world renown player Kobe Bryant are far behind their peak years, with a terrible 12-30 record. Little chance remains for them getting anything out of this season, but you can still go down and cheer either team on and enjoy the atmosphere in the arena. 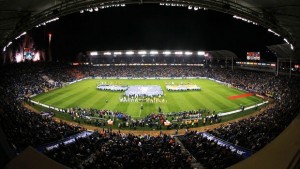 Slowly upcoming is Soccer, with the LA Galaxy winning the MLS Championship five times, more than any other team in the nation. Being located at the StubHub Center in Carson, LA Galaxy will kick off their 2015 season this spring, hoping to repeat their previous success. LA Galaxy is known to sign world-renown players like Landon Donovan, Robbie Keane, or David Beckham. For the 2015 season, Galaxy was able to sign English captain and superstar Steven Gerrard from Liverpool, a highly anticipated signing. Share a ride down to Carson, and see these players in action, as Galaxy tries to repeats the 2014 success. And because soccer is one of the fastest growing sports in the US, Los Angeles will have a new addition to the Major Soccer League, the Los Angeles Football Club (LAFC). Expect another fierce rivalry in the area.

If this article rose your interest in professional sports, check out the schedule for every team and maybe head down to LA, by yourself or with a group, and enjoy a great game of whatever sport your favorite is. Tickets are always available on the teams website, or check out StubHub, one of the major ticketing websites.

No matter your choice and preference, Los Angeles has everything to offer. And if you are so uninterested in any of these sports, College Football might be another solution for you, with USC and UCLA bringing up strong teams each season. And if, by any chance, you are still not fascinated by Los Angeles, visit one of the many beaches, shopping areas, or museums. And if Harry Potter ever woke your interest, check out a Quidditch game, or jump on a broom and join a team. Because Los Angeles truly is the Entertainment capital of the World.