A journey from Antioch to founding an aviation non-profit

When you walk into Lynn Houston’s office at the Santa Barbara Airport, you can tell that her passion for aviation is not limited to being the airport’s Marketing Coordinator. Posters, trinkets, classic photos from the 40’s, and inspirational quotes relating to planes and leadership adorn the room. 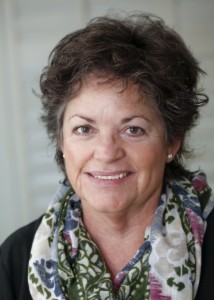 “I have an extraordinary life,” Lynn explained as she rattled off her past careers and interests. Actress, Hollywood photographer, world traveler, and an airline pilot – just to name a few. The question she posed herself became less of what she had accomplished, but more of what hadn’t she done?

Up until a few years ago, there were still two big things on her list that she had never achieved. For Lynn, education was not limited to a classroom. Anyone could agree that her experiences had broadened her scope of the world while teaching her invaluable life lessons. However, lacking a college degree gnawed at her psyche.

“I chose Antioch because I wanted a place where I could grow. At the age of 57, and with the life I have led, I felt it would be difficult to be engaged in a traditional academic atmosphere where most of the students would be just starting out on their journey.”

As Antioch students, we’re familiar with the founder Horace Mann. His pursuit for social justice rang true with Lynn, “There was one of his quotes I heard in my first quarter that stuck with me, Be ashamed to die until you have won some victory for humanity.”

“Antioch was my Venturi Effect, it created the pressure I needed to launch an idea that had been stewing for over 20 years.”

The Venturi Effect (also known as the jet effect) in aviation causes planes to move at a faster rate. When fluid or air goes through a constricted portion of a pipe, suddenly it speeds up in velocity to get through the area.

Every student at Antioch takes the Educational Foundations course where they detail what they hope to achieve in the next few years. For Lynn, she wrote about the second thing that she hadn’t accomplished. She wanted to start an aviation non-profit to teach under-served youth how to fly an airplane and in so doing, give them a belief in themselves and their abilities to succeed in the world.. Instead of sitting around thinking about ‘what ifs’ and imaginary futures, Lynn became proactive and created her dream. A dream that contained A Different Point of View, a new Santa Barbara non-profit that incorporated everything she had hoped.

In 2011, Lynn launched A Different Point of View’s mission, “is to engage, inspire and transform youth who are in danger of losing their way by teaching them to fly. Through aviation education and mentoring they are shown a world they’ve never seen before.” The organization has served over 350 youth to date and in May 2014, Lynn won, with a 4  minute inspirational speech, $6000 at Santa Barbara’s Fast Pitch competition.

“When I look back at all that I have accomplished in my life, I think my greatest legacy will be A Different Point of View, and Antioch University and Horace Mann had something to do with it.”