An Interview About Laws Impacting Specific Dog Breeds’ Chances of Being Adopted from an Animal Shelter.

Throughout history, we have fought against the injustice that has been done to different groups in our society. We have fought for women’s rights, equality for the LGBT community, and the abolition of slavery, just to mention a few. All these movements have one thing in common – fighting oppression based on prejudice. There is still one cause that needs to be fought for, one that has been neglected and not taken seriously by many: animal rights. A huge injustice being done to animals today is judging them by their breed, but what does that really mean? 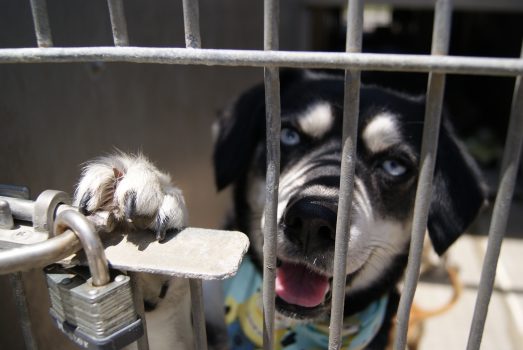 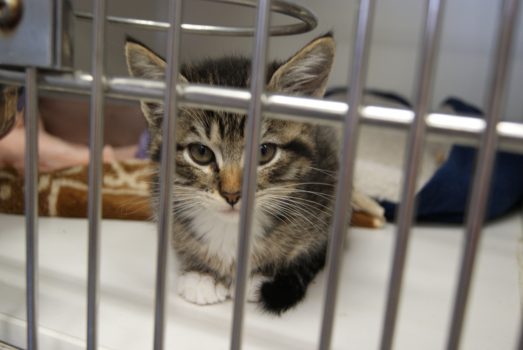 Breed specific-legislation is a term that describes laws that are created to either regulate or ban certain dog breeds in an effort to try to decrease the number of dog attacks on other dogs or humans. So which dogs are most impacted by these laws? Walking around any animal shelter, you will see that the number of pit bulls is outrageously high. The breeds that are regulated are typically comprised of the “pit bull” class of dogs. This includes American Pit Bull Terriers, American Staffordshire Terriers, Staffordshire Bull Terriers and English Bull Terriers. In some areas, this can include other types of dogs like German Shepherds, Dalmatians or any mix of these, or dogs that resemble these types of breeds.

“The breeds that are regulated typically compromise the ‘pit bull’ class of dogs.” 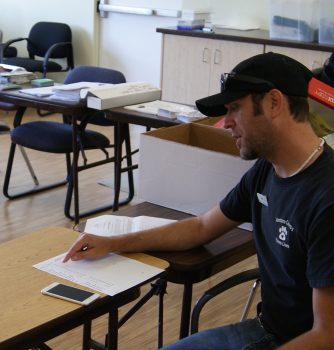 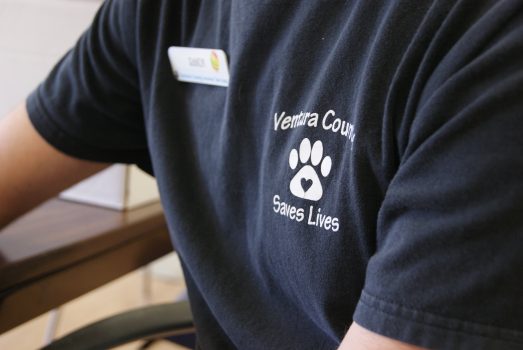 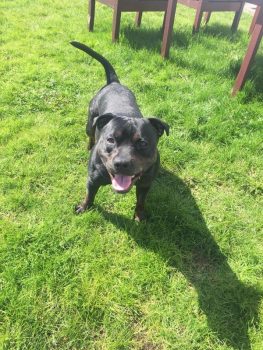 Randy Friedman is one of 68 staff members working at the Ventura County animal shelter, which consists of two shelters; one located in Simi Valley and one in Camarillo. In 2014, this partnership of shelters decided to become “no-kill”. Being no-kill means that they do not kill healthy or treatable animals even when the shelter is full. The Ventura County animal shelter is open-admission which means that they have to take in every animal that comes in. “We can’t say no to any animal that comes in, unless it’s from out of the county.” He explains that so many people would love to adopt pit bulls, but their homeowners insurance, property managers, or landlords will not allow it. “Everyone is still in their own mindset that these animals are destructive, and that it’s born into them, and that they’re always like this, and they’re not. There are some tendencies in some breeds than others, but if you work with them, they should be fine.”

There are breeds that are more popular. The line is out the door if, for example, a husky arrives. They do a raffle drawing to decide who gets the dog, in addition to having a conversation to see if that breed will be a good fit. “I usually tell them; you are all in line because you saw a cute picture online. Remember, you are judging an animal by it’s picture, and a lot of you are parents, you always tell your kids don’t judge your friends by how they look,” Friedman says. Friedman continued to explain that they try to encourage people that do not win the raffle drawing to walk around the shelter afterwards. “We tell them that most of you are going to leave here upset because you won’t win the drawing. The only thing we are asking you to do is to walk around, look at the other animals that are here.” The line is out the door when one type of dog enters the shelter, but there are 549 other animals left that desperately need a home too. “Animals don’t judge us by how we look, we shouldn’t judge them by how they look.” 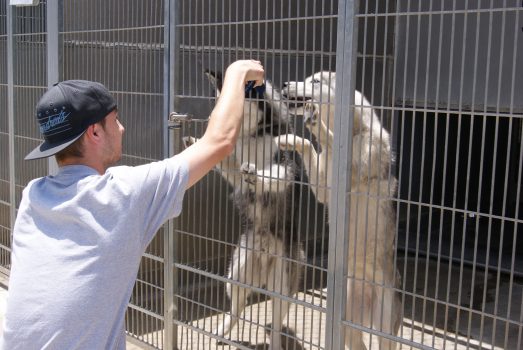 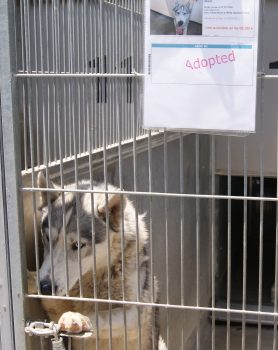 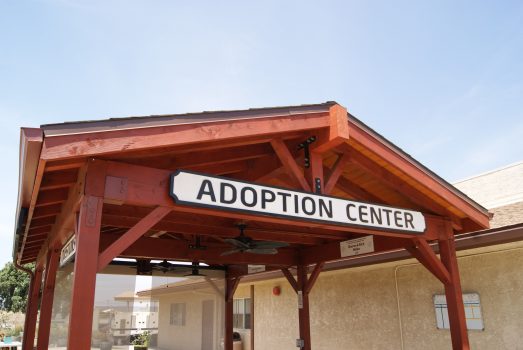 So many animals today are without a home. You can see dogs or cats walking down the freeways all by themselves. A lot of people think that these are animals that never had a home to begin with. “Every animal out here has an owner,” Friedman says and points out the window. “We always think stray dogs are dogs walking down the alley in-between two buildings and licking puddle water, and that is just where they have always lived. They have never had a home, and that they have always lived on the street. There is no such thing as a feral dog. Feral cats, yes, there are cats who grew up in the streets.” 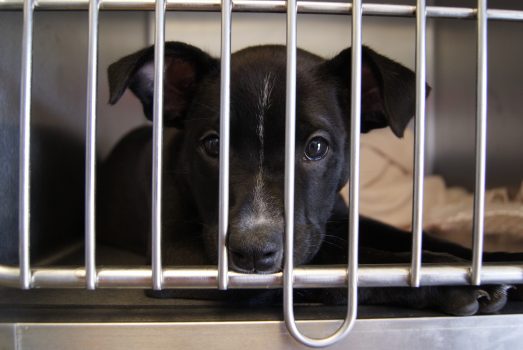 What these breed legislations and laws are doing is discriminating against certain dog breeds, which reduces their chances of being adopted. In some cases, people may have to give up their dog due to the rules of where they live or rent property, based solely on the breed. This also affects this shelter because they operate at peak capacity all the time after becoming a no-kill shelter. At one point, they had 76 animals come to the shelter in one day. “Right now we’re probably at 140% capacity. So what do we do? That is probably the question we get asked everyday and the answer is we triple up and we quadruple up the animals in kennels.” They also do a rescue plea and try to reach out to the public or volunteers to have them take care of some of the animals at their homes for a couple of days to relieve some of the pressure. They have also hired a pet retention coordinator to try to keep as many animals out of the shelter as possible. Instead of bringing your animal to the shelter, they will try to help you find solutions to why you feel like you can’t take care of it anymore. “For example, if one of the reasons is that you can’t afford to feed it, well we have pet pantry. You can come here once a week. Instead of going to the market, we will give you free food for your cat. Now that’s one less cat here,” Freedman explains.

“Animals don’t judge us by how we look, we shouldn’t judge them by how they look.” 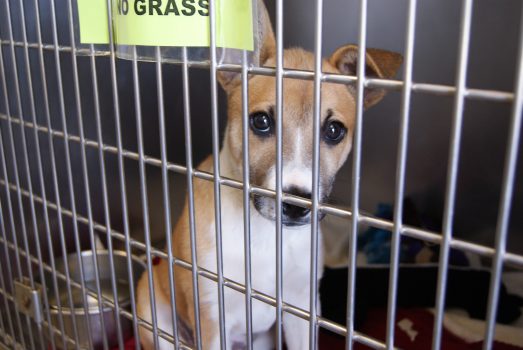 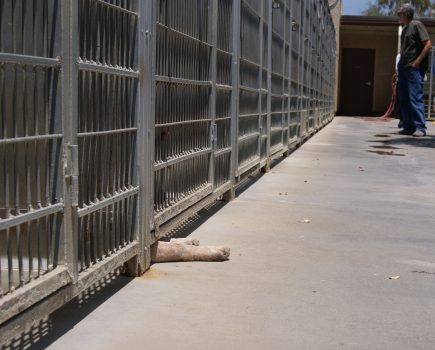 Like any other situation in life, approach it with an open mind. So many dog breeds have received a bad reputation that they do not deserve. Even though some dog breeds can be linked to human fatalities, it is important to recognize the training and the circumstances that played into it for the single dog rather than the breed as a whole. Most dogs that are owned by responsible owners and trained the right way, will not even hurt a fly and turn out to be great pets. What breed legislation does is take away your right to own a dog, solely based on the “breed” of the dog — not your responsibility as a owner. It moves the responsibility of the dog’s owner over to the dog itself. It is basically victim blaming. Laws should be created to punish the actions of humans — not the animals.