Trending Now
You are at:Home»Features»Increase In Gun Control Will Not Deter Gun Violence

With gun violence happening all around the world, we might want to focus our attention towards the types of people commiting these crimes instead of trying to create criminals out of innocent gun owning Americans.

The citizens of the United States of America are losing their rights to bear arms and some don’t even know it. The Second Amendment is slowly being revoked from U.S. citizens and if the government is able to go through with it, I wonder which one of our rights will be taken away next. The U.S. Government is concerned that gun violence in 2012 was at an all time high and taking guns away is not going to stop that. What lawyers and government officials tend to leave out is how easily accessible a gun is to obtain, and one can do so legally or illegally through the extensive United States black market. I am here to inform you that an Increase in Gun Control Will Not Deter Gun Violence. Criminals will always find a way to be criminals and accomplish their motive, so that is whom we need to be going after instead of creating criminals out of respectful law abiding citizens.

There are changes being made in America every day, but there are a few things us Americans know cannot be changed because it is what we live our lives praising and honoring. The Bill of Rights contains the first Ten Amendments to the Constitution of the United States of America. It was established in 1791 as a set rules to abide by so that the government and the U.S. citizens had no controversy or grey areas on important laws. They were set in stone and created to provide U.S. citizens with secure rights so that the government can’t step all over us like in some other countries. According to the second amendment, which states:

“A well regulated militia, being necessary to the security of a free state, the right of the people to keep and bear arms, shall not be infringed”.

This was created by our founding fathers to secure and protect the Englishman’s basic rights, including the right to bear arms. In fact, old English laws required that men practice using their firearms in case they ever were called to defend their nation. It was much different from now due to the fact there was only one shot for every reload and the accuracy was about fifty feet. It wasn’t until the 19th century that the revolver came out allowing multiple shots, one shot for every cocking of the gun. Now one can get their hands on a hundred round magazine and fire it all semi-automatically and accurately in about thirty seconds. Nevertheless, firearm violence has faded from a top public concern and voters are far more focused on the economy and terrorism.

In order to clearly understand what I am proposing, I will dissect and describe the key terms in my proposition. First, I will define “Increase.” In this case I am meaning increase to be limiting and restricting towards my proposition. The term “gun control” means that there will be less legal guns in the U.S. as well as the ownership and purchase of guns will be monitored and restricted. Whether the gun has been around for a thousand years and is highly desirable, or if it’s the new Desert Eagle that requires three hands to shoot, this will not prevent, discourage, convince otherwise or “deter” “gun violence.” When I say gun violence I am meaning mass murder shootings and gun threats of any kind. This will continue as long as guns exist. However I do believe there are certain ways in which we can limit this and keep U.S gun rights. 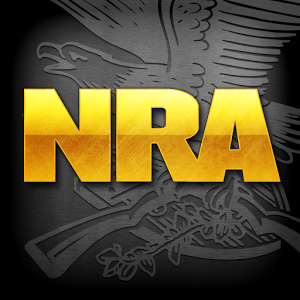 National Rifle Association established in 1871 which is a nonprofit organization and advocates for gun rights.

Considering my definitions that were provided, criminals can get guns made by illegally licensed, but corrupt at-home and commercial gun dealers. Illegal gun purchases are attempted 30,000 to 40,000 times per year among U.S. firearms retailers. Bank robbers are interested in banks, but gun traffickers are interested in (FFL’s) Federal Firearm Licensees because this is where all the guns are. Straw Purchases often occur once the criminal has found the FFL, using stand-in’s, being a girlfriend or a wife usually, to fill out the required legal forms and undergo federal criminal background checks that are needed to purchase a gun. This then results in criminals having guns that are illegally bought for them. These are the people we need to continue going after because I learned recently when I took my handgun safety test that anyone whom has been convicted of a felony is never allowed to own any sort of firearm again. This all points in the direction that proves that illegally purchased firearms are often the weapon used in violent crimes.

Adam Lanza, twenty years of age at the time, had easy access to many guns which his mother and himself shot together. But on December 24th, 2012 in Newtown, Connecticut, Lanza would leave his mother, children, and teachers of Sandy Hook elementary School, massacred before ending it all and taking his own life.

“Society’s failure to recognize how deeply disturbed Adam Lanza was is one more key component in preventing a mass shooting like this from happening again” (Drash, 2013).

Gun owners with any suspicion of being mentally unstable or mentally ill should have no rights to obtain or be in possession of firearms. This is where the problem lies. This was the second massacre that year in the U.S. starting with James Holmes, twenty-four years old, who killed twelve people and injured fifty-eight with his AR-15 rifle, a 12 gauge shotgun and at least two handguns during the premiere showing of the new Batman Movie on July 20th, 2012 in Aurora, Colorado. Holmes met with at least three mental health professionals at the University of Colorado, where he went to school, before the massacre. All of this was happening while Holmes was purchasing four guns and 6,000 rounds of ammunition only about sixty days before the shooting. If one has any relation to being mentally unstable they should be closely monitored as for this is evidence of what could happen. It’s the people that are crazy, not the weapons.

Whether guns continue to be on the legal market or not, they will always be easy access through the Internet via Facebook, Twitter, and so on, as well as through the black market. The way gun laws are being handled these days in the U.S. anything is possible, but by taking away the 2nd Amendment it will only frustrate many and could cause a disaster. The reason why I think guns are always going to be around and easy to access is because I recently read a study describing how kids under the age of twenty-one are able to purchase handguns through Facebook in a matter of minutes, which is very illegal by federal law. So if kids can do it, it must not be too hard for the average criminal. There is also evidence of guns being printed through 3-D printers, and the possibilities on how to get a gun are eventually going to be endless. This is the reason we need to go after the criminals instead of trying to make criminals out of good people through the evolution of these new gun laws. The criminals are meeting up with non-serial numbered gun owners and purchasing these guns with cash in dark alleys where the local police and federal officials are not.

On the other side of the proposition, one would argue that in 2013 there were a total of 5,028 gun violations in the U.S. but this is actually a much lower number than in 2008 when President George W. Bush was in charge. There was record of over 6,791 cases in that year so we have definitely been taking baby steps towards what hopefully will become much more minimal. U.S. Attorneys have been able to slow down the gun prosecutions in 2014 even more, with only 2,598 gun prosecutions in the first seven months of 2014. If the average citizen in California were to see a gun they would immediately think the worst. This should not be the norm due to how hard U.S. gun lobbyist have worked over the years liberalizing firearms and normalizing gun-carrying.

An Association established in 1975 by members of the NRA in pursuit of protecting the 2nd Amendment.

Given the provided information, I hope it is now more understandable why gun control is not the solution to the reduction of gun violence. This evidence shows that criminals are always going to find a way to be criminals. I have proven this through the historical background on the 2nd Amendment, the evidence that gun violence is usually committed with an illegally bought firearm, the people responsible for these actions are either mentally disabled/ill or have a criminal background, and how easy it is and will continue to be to get a gun as long as they exist. We need to continue cracking down on criminals instead of making criminals out of law abiding U.S. gun owning citizens.