Just like Las Vegas, Macau, China was the fastest growing gambling city across the globe in 2014.

The casino business in Macau has grown at an astounding pace with the end of Stanley Ho’s monopoly that ended in Hong Kong in early 2001. As the only district that allows gambling in China, the city has been able to attract massive income in terms of revenues from casinos to a tune of $5billion. The gambling downfall has been occasioned by a multifaceted problem. First, the Chinese crackdown on official corruption has been one of the reasons why big gamblers have fled (Gough, 2015). The formulation of the local government policies against Gambling to favor tourism has also been among the factors that have led to the decline of the gambling revenue forcing investors to focus more on hotels and resorts as an alternative investment avenue. 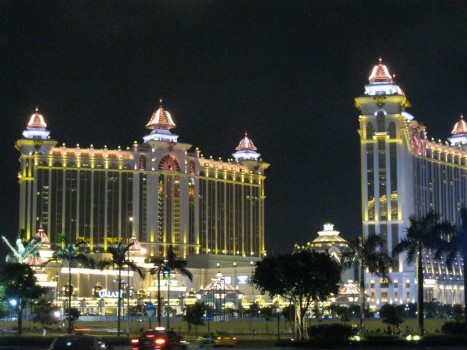 Rumor
Reports indicate that Macau gambling was facing an all-time decline with a revenue fall of about 37% compared to the previous year 2014 where it had rose with a 40% margin. Rumor had it that Macau gambling was facing its all-time decline since the local authorities with the help of the government had put in place structures that would see the end of gambling in the booming hub. The local authorities had a better plan for Macau; building a resort city out of Macau and investing more on accommodation, hotels, luxury suits, tourist suits and other forms of luxury-non gambling activities. The local authorities had brought about laws that would see the end of gambling by hunting down corrupt individuals. Unshaken, Macau’s leader had asked his people to chill out and watch as the tables turned around. Due to this unfortunate turn of events, there has been a decline in the number of people coming to Macau especially for gambling with visitor arrival falling 3.6% in the first quarter of 2015 as compared to 2014. 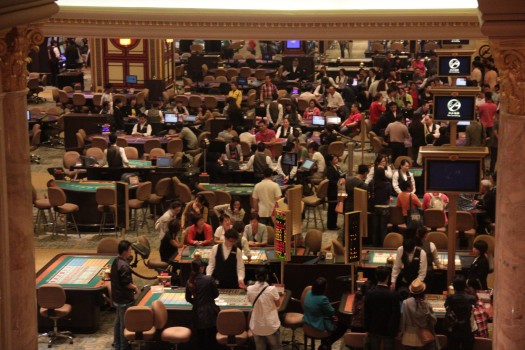 The government
The interference with the gaming industry has come at a cost. Due to the need for casino is to lay off workers, the government has come in, in position to the move as casinos and hotels create employment to about 100,000 residents. The casino investors have been firing the immigrants and retaining the locals as they await their transfers to work in the newly established businesses lined up on the Cotai business strip. As the government gags casinos further, the government has implemented a policy that bans smoking inside the casinos, leading to a fall in the revenues from the casinos. As a push back strategy, the casino owners are talking on the government to ease the grip and allow smoking in certain rooms within the casino halls. When asked about the recent gags on the industry, the Macau economy and finance secretary was noted saying that it is “a moderate control of the pace of development for the gaming sector” had “the consensual support of Macau society” (Macau Casinos Bounce Back, web).

No hope for the gambling Giants
As the gambling business got tougher, Macau was ready to suffer the fate as it had chosen to ignore Beijing’s advice to diversify in other types of business for sustainability. Was the gambling addiction swallowing up Macau? The collapse of the VIP gambling brought hope to casinos; where they hoped the mass-market gambling would fill-in (Macau Gambling Revenue Continues to Drop, web). Below are the statistics: 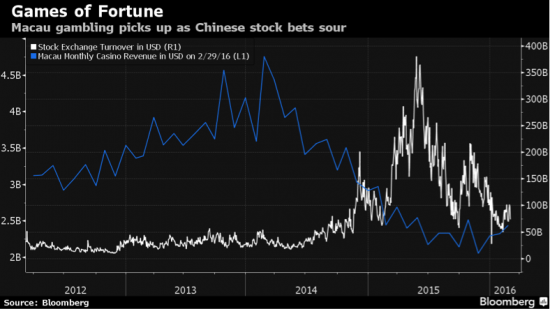 Things did not get any better for the business and Macau suffered the impacts directly. The new policies came as a major slap for the gamblers as they now are even afraid of talking about what they do. Instead, most of them have straight ahead invested in various attractions such as the batman virtual reality ride and the Eiffel Tower replica.

Bounce back
As if to prove the words of the Macau leader to ‘chill out’, the tides have come in favor of the Macau casino operators and against the brokerages. As we have come to learn, gambling revenues have been stabilizing for a while now on the equity markets turnover. Big investors are winning big with companies such as Galaxy Entertainment group limited winning big, followed by Sands China Ltd. In conclusion, despite the downturn, the casino industry is slowly peaking up. However, it is important to understand that if Macau does not diversify its investment, the gambling hub will perish.