Trending Now
You are at:Home»Features»“Not So Safe And Accurate” Food Labeling Act

When I’m walking through a grocery store, for me that is usually Trader Joe’s, I always wish I could buy all the strawberries and all the veggies and all the soups and salsas and chips, and foremost, all the cheeses. I am obsessed with food. I sometimes wish I could eat all day, nonstop. I am lucky enough to not have any food allergies, which is why I believe that most food crazes, such as the “gluten-free” diet, are just hocus-pocus. I believe that most people who follow a gluten-free diet don’t know what glutens even are. The only important fact is that “gluten makes you fat.” So now I am wondering if the food and the media industry were to manipulate us to thinking that genetically modified organisms (GMOs) were indeed healthy and not harmful whatsoever, we would also fall for that. It has almost come to that, too.

Remember Prop 37 in California in 2012? Back then, more than half of Californian citizens voted for GMO-labeling. Major companies and the food industry swooped in, dropping more than $44 million dollars for the opposition, and Californians changed their minds. It was that easy. If the state had passed a mandatory GMO-labeling law, California would have been the first state in the US. Instead, number one is now the state of Vermont. Just a few weeks ago in early May, Vermont passed a legislature making GMO-labeling mandatory. 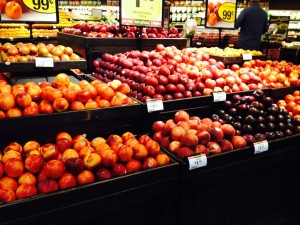 Can you tell the difference between genetically modified foods and GMO-free products?

Other states are trying to get on board to pass their own statewide GMO-labeling laws, but are hesitant due to what happened in California. However, would individual statewide labeling be smart? Don’t get me wrong, I strongly believe in GMO-labeling. I want to know what is in our foods, especially because I am so obsessed with it. I don’t want to find out that my favorite “Salsa Autentica” from Trader Joe’s is made with supernatural, lab-engineered peppers, or that my all-time favorite snacks, strawberries, are actually super-fruits that could sustain harsh winters. No strawberry should. Now, if all fifty states had their own GMO-labeling laws, Americans would be more educated on what is actually in their food products, and there would be more transparency. On the other hand, wouldn’t it become enormously confusing for food manufacturers, distributors, and grocers if there were fifty different GMO-labeling regulations they would have to follow? There needs to be more standardization in this system.

This is exactly what Rep. Mike Pompeo of Kansas realized: his “Safe and Accurate Food Labeling Act” from April of this year would standardize this system giving the Food and Drug Association (FDA) sole power to regulate GMO-labeling. According to Pompeoʼs press release in April, the FDA would only label GMOs if those in question would pose harmful threats for humans. In my opinion, this is a twist. I donʼt want some GMOs to be labeled, I want all GMOs to be labeled. According to The Atlantic, more than 90 percent of Americans advocate GMO-labeling. Since there havenʼt been any reports of GMOs being harmful to humans, proponents of the Safe and Accurate Food Labeling Act conclude GMOs to be harmless. Dr. Dawn Murray, PhD, professor at Antioch University Santa Barbara, states that there has been done much research on either side. As of today, it is unclear if there is a direct cause-and-effect relationship with GMOs and illnesses in humans. In a short interview with Murray, she explains that “health effects of primary concern to safety assessors are production of new allergens, increased toxicity, decreased nutrition, and antibiotic resistance.” In theory, a plant that has been genetically modified could have lower nutritional value than the traditional plant. Lastly, Murray cites The Institute of Responsible Technology: “Numerous health problems increased after GMOs were introduced in 1996. The percentage of Americans with three or more chronic illnesses jumped from 7% to 13% in just 9 years; food allergies skyrocketed, and disorders such as autism, reproductive disorders, digestive problems, and others are on the rise.” Do we honestly want to eat tomatoes that donʼt deteriorate for longer than 45 days? This definitely sounds like hocus-pocus to me. 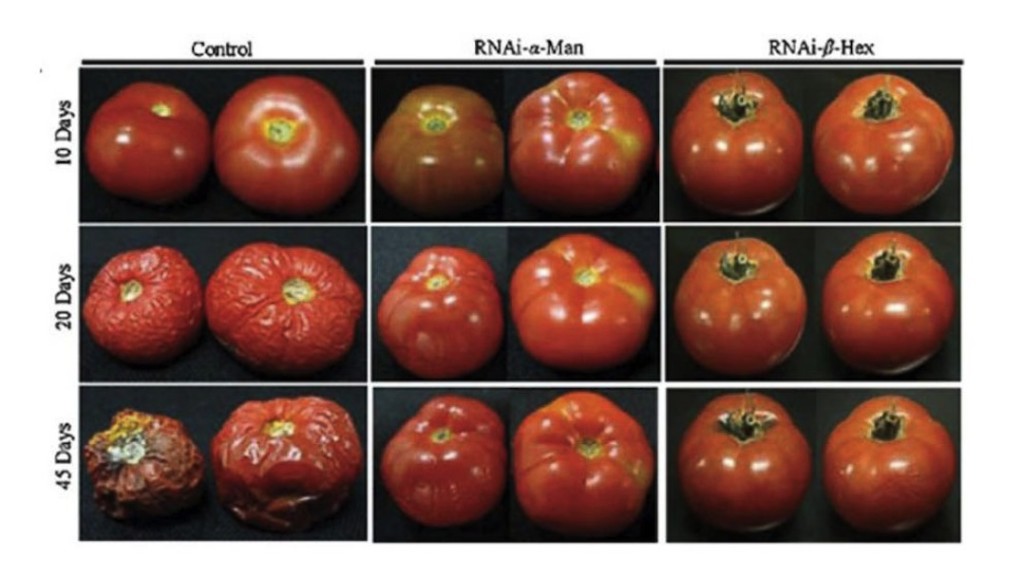 The Biotechnology Industry Organization (BIO), a trade company representing major companies such as Monsanto Co., applauds and backs the “Safe and Accurate Food Labeling Act,” which is infamously known as the DARK act (“Deny Americans the Right to Know” act). BIO believes that not only will the act inform consumers but also provide consistency. Consumers will be informed because the FDA will allow companies to voluntarily label GMOs; the FDA redefining the term “natural” provides consistency. Countrywide we will know what is natural, according to the FDA. Personally, I am unsure why the term “natural” needs to be redefined – it has a great definition already. Secondly, I am wondering if the FDA would be lenient with the definition of “natural,” and therefore “natural” would not be all natural. Additionally, I am hesitant to believe that companies will actually label GMOs voluntarily. If they would, food companies, such as Monsanto Co. and Hershey Company, could have done so all these years, and they did not. While the Grocery Manufacturers Association and major food companies have spent over $77 million dollars for opposing mandatory GMO-labeling initiatives, companies such as Ben & Jerry’s, Clif Bar & Company, Chipotle Mexican Grill Inc., and many others advocate GMO-labeling. Chipotle Mexican Grill Inc. is even starting to switch to entirely GMO-free ingredients, and Whole Foods Market Inc. is taking matters into their own hands by including a plan to label all genetically modified ingredients in their stores. 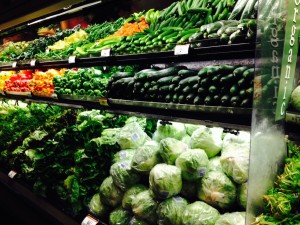 We need to be able to rely on GMO-labeling. It is information that we are being deprived of.

If we shouldn’t have fifty individual GMO-labeling laws, but also not the Safe and Accurate Food Labeling Act, then what else can we do, you might be wondering. In 2013, Sen. Barbara Boxer of California and Rep. Peter DeFazio of Oregon introduced the Genetically Engineered Food Right to Know Act. This act would standardize the system just like the “Safe and Accurate Food Labeling Act” would do; however, the difference is that instead of some or no GMOs being labeled, all GMO foods will be labeled and if not properly done so, they will be taken off the shelves. In a phone interview with the Huffington Post, DeFazio (D-Ore) states that consumers are not given complete information on what is in their foods. “Depriving them of the knowledge of whether or not this food has GMOs does not support a free market.”

There are always two sides to an argument. What we as consumers need to do is to educate ourselves on genetically modified organisms, on their impacts on humans and the environment, and on which companies use GMOs and which don’t. Additionally, we need to conduct longitudinal (long-term) studies on the safety of genetically modified foods on humans. So far, we have only conducted studies on animals, as the American Academy of Environmental Medicine (AAEM) reports. Those studies have shown organ damage, gastrointestinal and immune system disorders, accelerated aging, and infertility in animals. Human studies show how genetically modified (GM) food can leave material behind inside us, possibly causing long-term problems. As Dr. Dawn Murray puts it: “I avoid GMOs at all costs […]  I am constantly signing petitions to force companies to label GMO products. We deserve the right to know!”

To learn more, check out the recommended readings on the topic of GMOs and labeling.

The Institute of Responsible Technology is trying to educate the public on genetically modified foods and crops.

Just Label It! is an educational website dedicated to everyone’s right to know what’s in our food.

Babes Against Biotech, a Hawaiian group dedicated to GMO awareness, education, labeling, and the banning of GMO cultivation (Facebook).