Trending Now
You are at:Home»Features»Opinion»Pray For The World

After the chocking attack on Paris November 13th, the world is given a call to action

The world woke up to a bomb 13.th November in the city of light. ISIS once again demonstrated their inhumanity; killing people. And countries all over Europe is now making their boarders safer and harder to enter, as well as they are stepping up on their military. You may  see this a call to action. After the attack, both France and Russia has sent war-machines to get back on ISIS. Are we facing a new world war?

Terrified, concerned and with just a glint of hope I look at this world with new eyes.

When I heard about the attack in Paris I sadly was not surprised. After the massacre earlier this year against the satirical weekly newspaper Charlie Hebdo, most know as “Je Suis Charlie”, I believe that it was just a beginning of this on going war. I believe that the attack on Paris has made a big impact on us all because the holiness of the city of love. 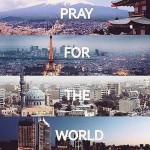 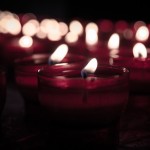 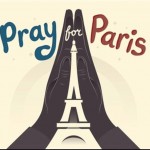 The worst part is that we all know that all PR are good PR and for ISIS they certainly know this; they are all over the news. ISIS is not just a random terrorist group, they were a part of Al-Qaida, and has no limits when it comes to violence and cruelty. You can say are talented with persuasive propaganda, that reaches Muslims all over the world. At the same time Europe have their hands full dealing with the large amount of refugees on the run from Syria. I think Europe in general will have a harder time opening their hearts and arms as fully to the refugees after this attack in Paris.

“Yesterday’s attack was a deadly reminder that there are people in the world who do not share our values and who will stop at nothing in their attempts to impose their twisted, evil ideology through violence, destruction and death. They must be defeated. There truly is no other option.” — statement from Saskatchewan Premier Brad Wall.

I’ll pray for Paris but I mostly pray I for the world. I pray for the day when we put our differences aside and come together as one.