I have always loved jewelry; I feel like my outfit is incomplete if I am not at least wearing a necklace or earrings. Even though I have always been a jewelry fanatic, it wasn’t until recently that I started to make my own pieces. I would often struggle to find the right materials to make pieces that I envisioned, until I discovered the Gem Faire. I stumbled upon the Gem Faire about a year ago and I have been going to it ever since. The Gem Faire has been a great place to fuel my creativity, but a terrible place for my wallet. 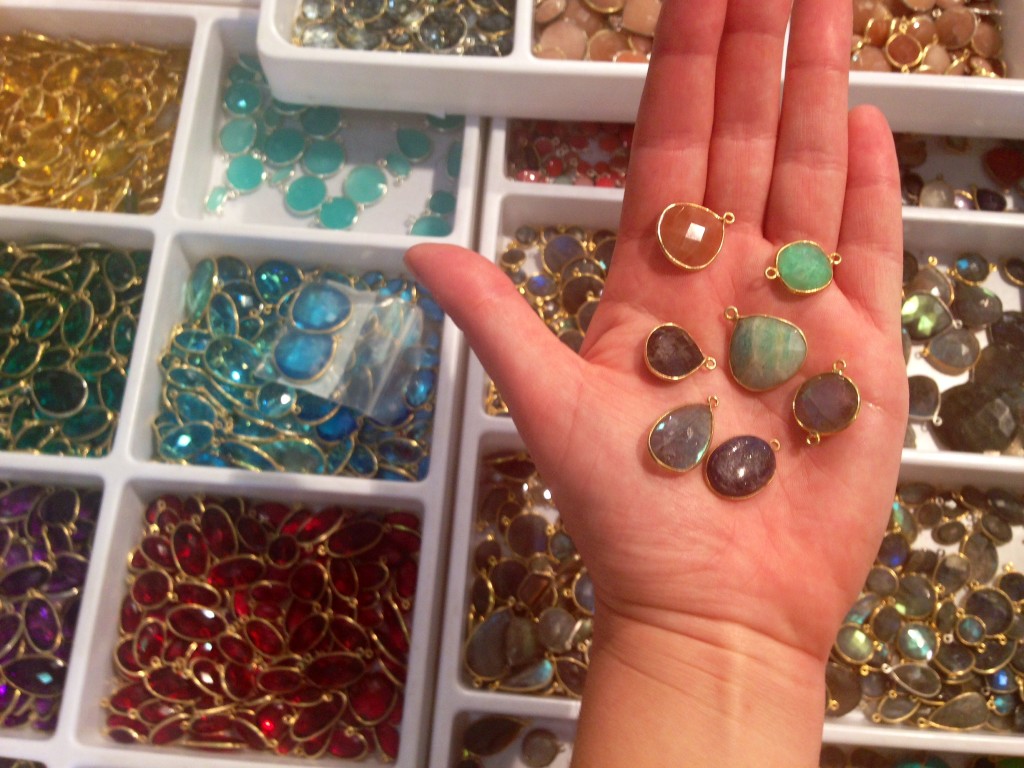 The Gem Faire is an event that brings gemologist, exporters, importers, wholesalers, and designers from all around the world to Santa Barbara to sell their collections. This event is only held in Santa Barbara at the  Earl Warren Showgrounds three times a year, but  it travels around the West Coast year round. Santa Barbara was one of the first cities to host this event about 26 years ago and it has been expanding to other cities ever since. The Gem Faire is a great place for people to buy their materials directly from the wholesaler. Since the middle man is taken out of the equation, customers are able to get a wide selection of items at a cheaper price. 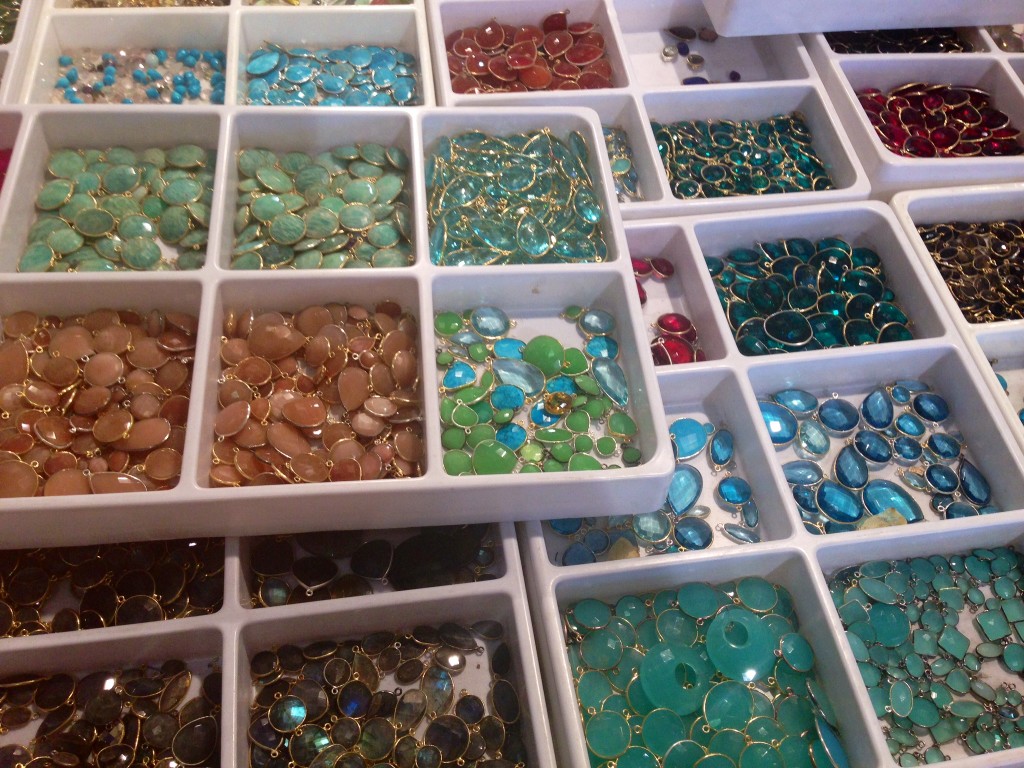 When I first stepped through the doors of the Gem Faire I was taken back by how overwhelming it all was. Every inch of the room seemed to be packed with vendors selling a vast array of gems, beads, charms, chains, and every imaginable thing to make jewelry with. As a looked around the Gem Faire, I was soon embarrassed by my inexperience at an event like this; everyone else was busy combing through the displays to find what they were looking for. No one seemed fazed by the amount of tiny beads, or by the loud dealer’s promising to have the “best price.” Everyone seemed like they knew where to go, what to buy, and how much to pay for it. I was so overwhelmed by all the commotion that I had to leave and come back the next day in order to actually make a purchase. After I realized what the Gem Faire was like I was able to strategize for the next time I went in. 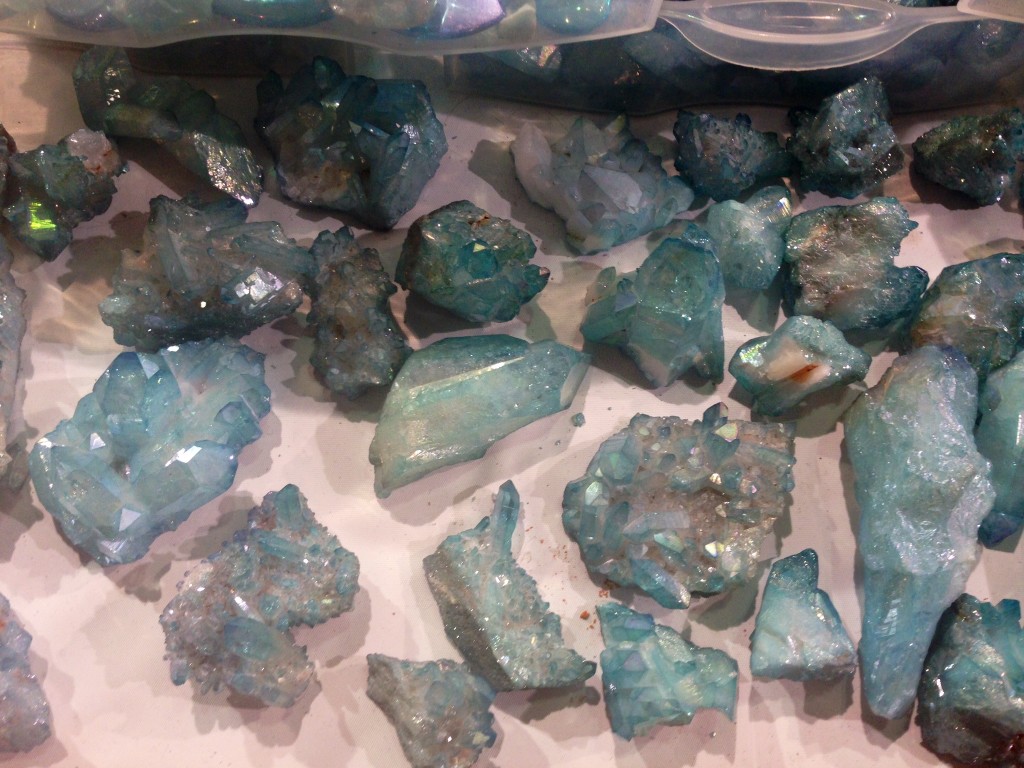 It is not surprising that I felt awestruck by the Gem Faire the first time I went because according to the Show Manager, James Bliss, this event hosts about 80-90 vendors! James has been with the Gem Faire for 12 years and oversees the entire event; he even travels to each location to ensure that the Gem Faire is running smoothly. Not only does he travel with the Gem Faire but he has a team that travels along with him to make sure everything from the set-up to the tear down goes as according to plan. “You are going to find consistency at every Gem Faire you go to; it may not be the same items, but  it is going to be run the same way. We try to keep it a family atmosphere.” By keeping a regular crew, James ensures that each Gem Faire will be a pleasant experience for both the vendors and the customers. 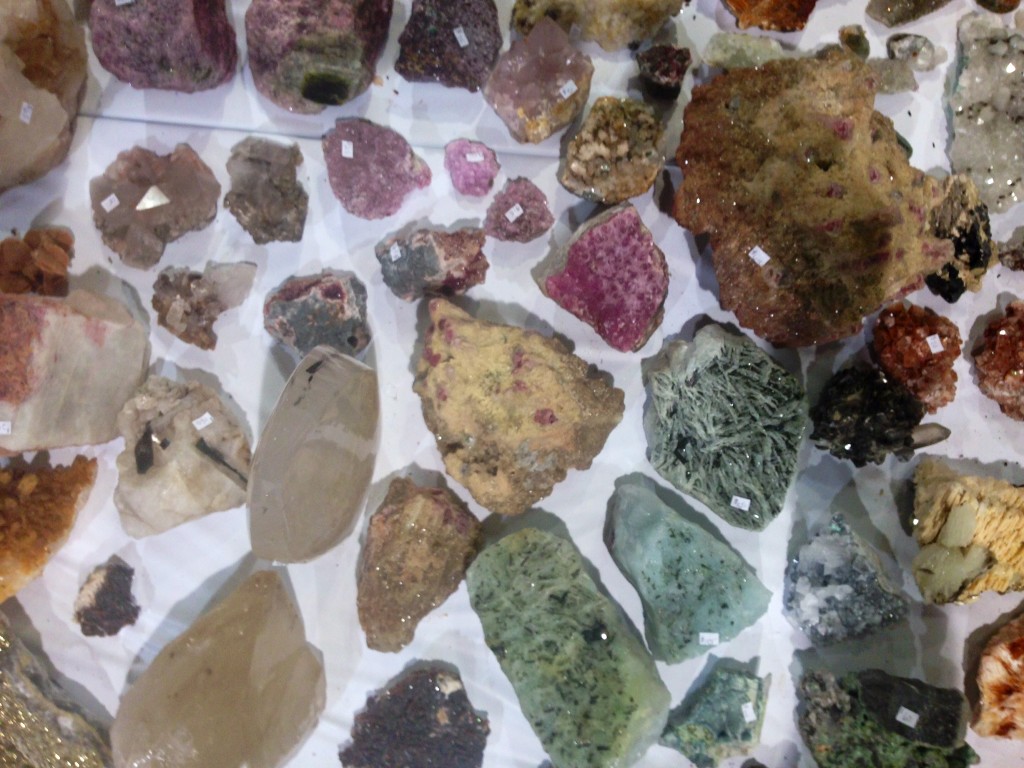 Even though the Gem Faire can seem daunting at first, it attracts and welcomes everyone from beginners to famous designers. James told me that he can always spot someone who is at the Gem Faire for the first time. He chuckled as he told me “I can always tell new people who are coming to the Gem Faire because they all have that same look; it is all overwhelming for them and they all seem to have a glazed look.” As soon as he said this I felt relieved knowing that I wasn’t the only person who was overwhelmed at first by the Gem Faire. He went on to tell me that even though people may be overwhelmed by everything at first, they consistently come back. “The people here in Santa Barbara have been very dedicated to our vendors. I have been seeing a lot of the same people over the last 12 years that I have been here.” This goes to show that the Gem Faire is worth giving a chance; so come check out the Gem Faire next time it is in town on August 8th!