Trending Now
You are at:Home»Features»Arts & Entertainment»#1 Up and Coming Recording Studio in SB- Hidden City Studios

Elliott Lanam, 26, Has Opened the Newest Recording Studio to Hit the Streets of Santa Barbara 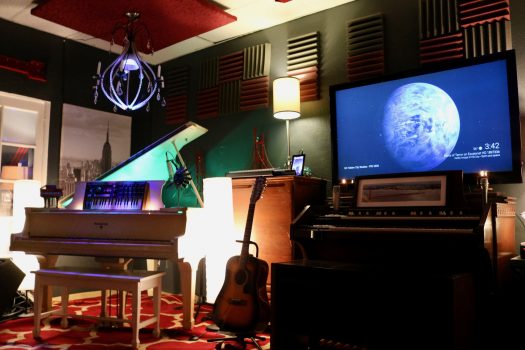 In 2014, Elliott Lanam opened the doors to Hidden City Studios. It is nestled behind the Canary Hotel, directly in the heart of downtown Santa Barbara. The studio is a cool blend of vintage meets modern; It houses everything from a 1955 C2 Hammond organ, 1927 Baby Grand piano, to a modern production of drum programming and sampling. This studio is truly one of a kind.

Elliott noticed something missing behind the Santa Barbara recording scene. There weren’t any recording studios that were very affordable, as many A- list studios range from $150 to $200 an hour. That didn’t leave much room for younger artists or musicians who are just on the verge of getting big. Elliott tells his potential clients, “You can go to these A- list places, but I can tell you that I used to be the one working there with these exact pieces of gear. I would have been the one running the session, but now I can do it for anyone for a fraction of the price.”

Part of what gives Hidden City Studios an advantage is that they are so reasonably priced. Being able to compare to other recording studios in town has always been a huge attraction towards Elliott’s studio. Hidden City has all of the gear included for any artist or band that walks into his studio. “Especially, having a PA system and a drumset,” said Elliott. “That sort of gear can be such a pain for artists to carry around and so for a musician to walk in the studio, with multiple microphones set up, and to tell them that they can just hop on- People love that!”

Elliott moved to Santa Barbara when he was eighteen years old. Starting at SBCC, he took classes while interning at a local studio. “I interned 5 days a week. Starving for more. Not sitting down. On my feet the entire time. Just to be in the same room with these people,” said Elliott. He advanced onto UCSB, graduating in 2012 and attaining a position at another local studio becoming the head producer and engineer. “I produced every client that came through. Engineering everyone. Basically handling day to day operations,” said Elliott. Then when he came to the end of the road there, he decided it was time to see if he could do something on his own.

“The way I was able to jump start my business was being creative on earning clients,” said Elliott. “I would go to open- mics, introduce myself to the musicians, and invite them to take a tour of the studio.” Elliott did everything he could with a strong passion to start something big for himself and for the community. He went to City College, the Funk Zone, and IV to hang and hand out flyers. “I went to all the places I knew where the kids are going to be,” said Elliott.

There is every single kind of musician that walks through the doors of Hidden City Studios. All the way from hip- hop, singer and songwriter, string quartet, jazz trio, voice- overs, and even rock bands. “We have everything and anything in between,” said Elliott. Being the incredibly hard working producer, engineer, and studio musician he is- The feedback and testimonials Elliott receives are nothing short of impressive. “My favorite and #1 recording studio in the beautiful city of Santa Barbara. Every experience has gotten better, and for the professional equipment, service, and price- It’s THE BEST!,” said Andre Rhodes from Enyukay. 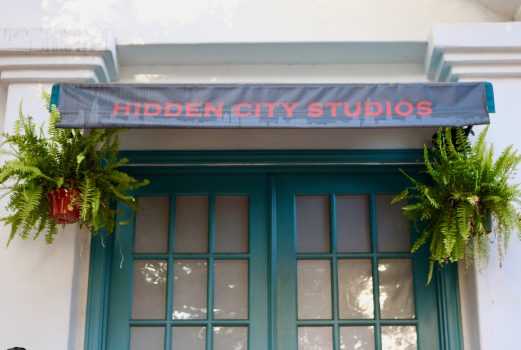 One of Elliott’s proudest moments was setting up his Hidden City Studio banner that hangs out front of his recording studio. It was that moment that said. “Boom! This is an actual business. It wasn’t even that expensive, but the point is that I have my very own business and my electricity bill is on State street,” said Elliott with a proud smile across his face. Being the young 26 year- old entrepreneur he is, he well deserves it.

Elliott describes Hidden City Studios as something bigger than it really is. He is able to provide artists with exactly what they want and with his vast musical knowledge he is able to do just that. “I created a school in a sense. I created something bigger than this is,” he said. “I’m giving people their recordings and they tell me that I have made their dreams come true.” Hidden City Studios is not like any other recording studio you will find in Santa Barbara. It has become a professional studio that not only touches the hearts of musicians, but the listeners as well.