The set up in Santa Barbara Public Market boasts more than a dozen locally owned businesses and is a splendid blend of retail food and a mall food court – with an organic, gourmet twist. You can grab a Marrakech cheesesteak sandwich (with goat meat) from Belcampo Meat Co., head over to Wine + Beer for local craft beer, and then dessert at Rori’s Artisanal Creamery for fresh organic ice cream. Organic options for produce, non-perishables, candy, laundry detergent, etc. can be found. Their assortment of gluten-free products seems never-ending compared to the typical supermarket.

The other day, I wanted to grab something easy after my last class to take home for dinner but did not want to stop at your typical fast-food restaurant. I have recently had more than enough greasy burgers and cheap pizza to sway me from junk food for the foreseeable future. As Antioch University is located in downtown Santa Barbara, it was logical to make a quick pit stop at the Public Market.

My past experience with the Public Market had been during lunchtime hours, when the building was lit with natural light and full of professionals stopping in during their breaks. I expected the post-8 p.m. crowd to be thin and lacking any customers. Boy, was I wrong! The building was buzzing with people and families, mingling from one area to another. 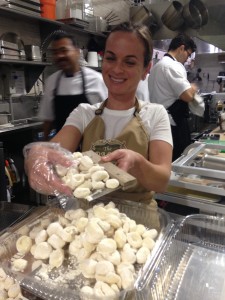 Fresh gnocchi from The Pasta Shoppe

Since pasta is my carbohydrate of choice, I made a bee line to The Pasta Shoppe. There I was given a short lesson on the differences between fresh pasta and dried pasta. Apparently, fresh pasta only takes 30 to 90 seconds to cook! As enticing as eggplant ravioli and fettuccine noodles were, I settled on purchasing a pound of gnocchi (pronounced KNOW-Key) to cook at home. Their “buy one pound of pasta & one container of pasta sauce, get 50% off a bottle of wine” deal caught my eye and I found myself picking out a tub of their lemon pepperoncini alfredo pasta sauce and a bottle of 2013 Chianti wine. I was more than happy with my selection and was able to follow the simple cooking instructions by creating a meal in less than five minutes when I got home. 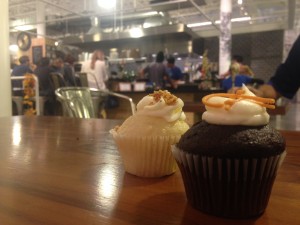 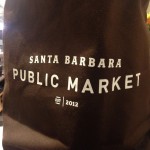 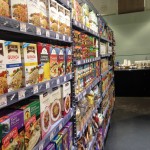 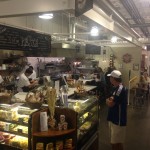 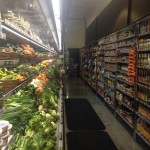 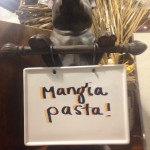 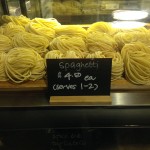 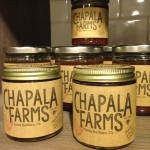 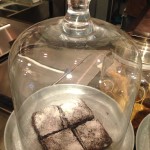 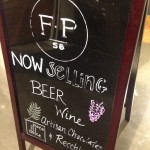 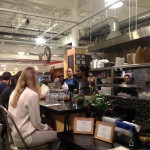 Empty Bowels without an empty seat