With the Santa Barbara International Film Festival taking place in the coming weeks, we at Odyssey Online thought it was a good time to explore some facts we might not know about the event. Nothing fancy, just simple facts about one of the major event our beautiful city is known for, alongside it’s perfect weather, enjoy:

1- It might not be a surprising story, but it is potentially new knowledge for most of us. The SBIFF is 3 decades old, as it started in 1986. During the festival, over 70, 000 people come together, and more than 200 screenings are being shown. What really attracts the fans is the A-list celebrities’ presents during the event each year. Fun fact: the reason why the SBIFF is taking place in the late January is simply because it was a way to host potential Academy Awards winners, therefore attracting the audience. Thank you Roger Durling, president of the SBIFF. Now you know. 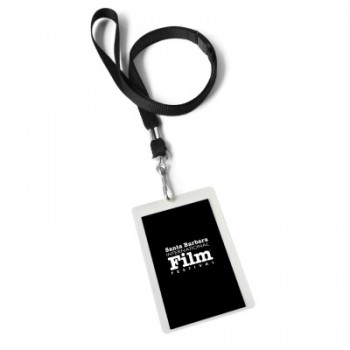 Get your passes everyone

2- The Santa Barbara International Film Festival is really depending on volunteers. Without said volunteers, the SBIFF would not be able to survive, mostly because it is a non-profit, and the organisation does not have enough money for paid staff. SBIFF generates huge dedicated team of volunteers every single year. In return, volunteers get to experience close interactions with film directors or even movie stars. However, many people did not recognise the SBIFF as a non-profit organisation. New fact: checked. 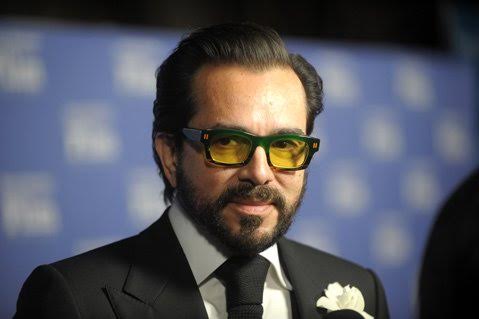 3- When people see Roger Durling, who happens to be the executive director of the Santa Barbara Film Festival, they see this tall, handsome man, who looks confident and happy. What many might not know about Mr Durling is that he is an immigrant from Panama, who moved to the USA when he was 12. Mister Durling comes from a mix of cultures. His dad is from the country he was born, while his mother is Italian. He fell in love with movies since his younger age, and decided to follow that path by studying films and theatre. He holds a degree from Columbia University. Even if he shines under the light, Roger is actually a shy man. 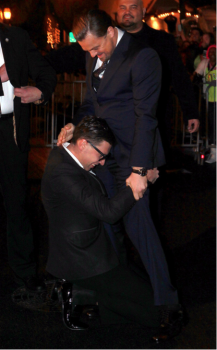 Leo getting his crotch hugged, that’s a fan!

4- At the Santa Barbara International Film Festival 2014, Leonardo DiCaprio got his Crotch hugged. Less than a month after Vitalii Sediuk took it upon himself to nestle his noggin in the American Hustle star´s crotch on the red carpet at the Screen Actors Guild Awards, the 25-years-old Ukrainian journalist has struck again. His latest target? None other than Leonardo DiCaprio. Or should we say Leo´s nether regions. Soon after Leonardo arrived the Santa Barbara International Film festival in 2014, he came face-to-face with Sediuk, as the prankster proceeded to kneel down and wrap his arms around the famous actor´s legs. Ok, not exactly face-to-face, but you know what I mean. DiCaprio was no doubt surprised, he did seem to take the stunt pretty well, he was actually cracking a smile as it was happening. Sediuk is certainty no stranger to such antics. He has been kissing Will Smith and he also tried to ruin Adele´s acceptance speech at the 55th Annual Grammy Award. He failed this time though, and ended up in jail over night.

This might not be a blessing of knowledge, but it is always good to know a little bit more about the city we live in. And I don’t know about you, but I am curious to see what is going to happen during this year’s Festival, but only time will tell.