Trending Now
You are at:Home»Features»Interviews»Larry Perel: The Face Behind the KCRW-Mic

He moved up to Santa Barbara to be the afternoon news host, and he enjoys what he does. I never understood how impressive it would be seeing someone be able to calculate how many words could fit perfectly into 30 seconds. I do now.

There is something quite special to be let in behind the curtains in a broadcast environment. It is almost as if you have suddenly become part of a small, secret society that most people won’t have the chance to see. But I did. I got the opportunity sit behind the radio host Larry Perel for a day, and I got to see what goes on behind the mic in the small studio of KCRW, which is located on top of Antioch University. 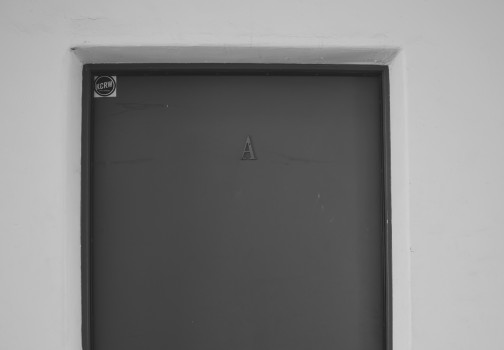 I take my time before I knock. I stand by the door, thinking about how this little radio studio is so hidden, which makes this feel as an adventure. It is easy to miss, and the little sticker in the top left corner on the A unit is the only telltale sign that shows me that I’m at the right place.

“I just needed a change, do something different, and I always had a passion for radio” – Larry Perel 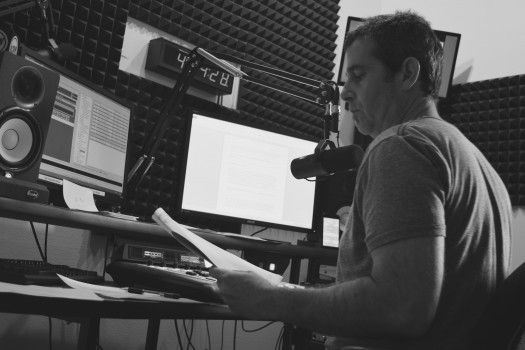 After being a TV-producer for 20 years, Larry Perel wanted to do something different.

I have an excited, yet nervous, feeling in my gut when I take the elevator up to the top floor of the Antioch building. I have been in the studio of KCRW before, but this feels more intimate. I become more aware of my surroundings, and I take the time to just look around me when I’m standing outside the door. Maybe because the mundane suddenly seems more beautiful, maybe because I’m scared of knocking on the door to begin my photo-journey. Maybe both. 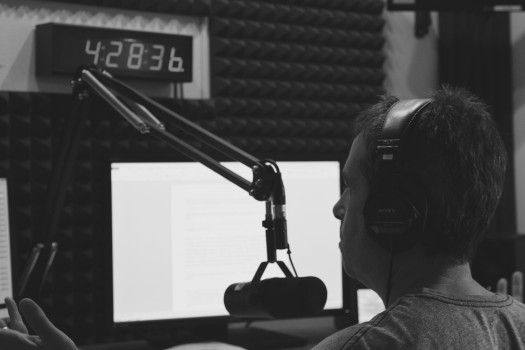 I try to follow along when Larry whips through his papers, writes little notes, adds onto his copy to read in the next time slot. He is focused, and he is effective.

Larry comes across as a calm soul, open and welcoming, although slightly reserved. He is very likeable. I try to look as if I have camera-shadowed someone many times before, but I think it is quite obvious that I haven’t when I fidget setting up my tripod. I decide not to use it, since it could end in a very awkward radio disaster where both me and the tripod could end up on the floor of the studio, all cables unplugged. I play it safe. No tripod. 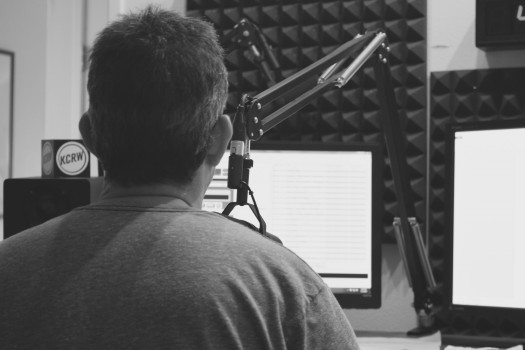 The KCRW headquarters are located in Santa Monica, so the Santa Barbara branch is quite small. Located in a remodeled apartment, the recording studio is nothing more than a small bedroom that has been decorated with muting foam on the walls. It’s non-threatening, yet a little daunting to be in there. Especially when I sit there with someone who has been doing radio for ten years.

I sit in the studio, I watch, I take pictures, I ask questions. I get to wear headphones when Larry is on air, and I get a wonderful feeling of inclusion. We talk about the election, about the ludicrous idea that Trump might be the Republican Presidential Candidate. We shake our heads when the muted TV reports that Cruz is dropping out, and that the unbelievable has become reality. Trump might be president. 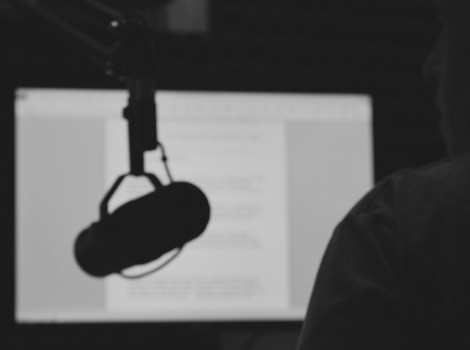 I get a crash course in how the radio broadcast works, and I listen intently when Larry tell me about the “clocks”. They tell you what minute and second of the hour you go on, and what you are to talk about. “You kinda just cruise through it, you know”, Larry says in a casual manner, while I stare fascinated a the round timetable that has a different look depending on what program is being broadcasted by NPR at the time.

When I asked Larry about the craziest thing he ever had to report in the news he tells me that it was the mass shooting in Isla Vista in 2014. “I got a text from my daughter, saying that people had been killed.” I try to put myself in his shoes, and I ponder if I would have been able to stay calm enough to report about it live. I don’t think I would.

“You kinda just cruise through it, you know” 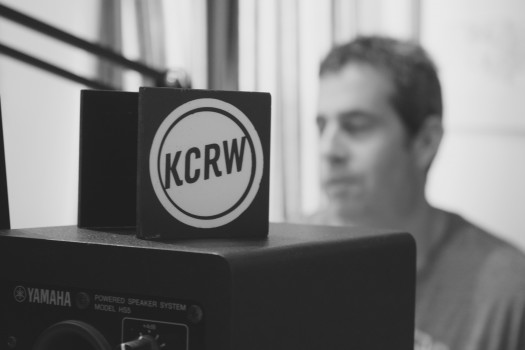 It is a funny feeling, sitting there in the studio and being in the background when Larry reads the breaking news into the ether in a professional, unfazed voice. I feel in awe of his ability to report with no bias, where I feel I would be ranting in an incredulous manner.
I’m here on the day when Indiana had their Primary election. A TV in the top right corned of the studio is on mute, subtitles rolling. Bernie is ahead of Hillary, Trump in front of Cruz. 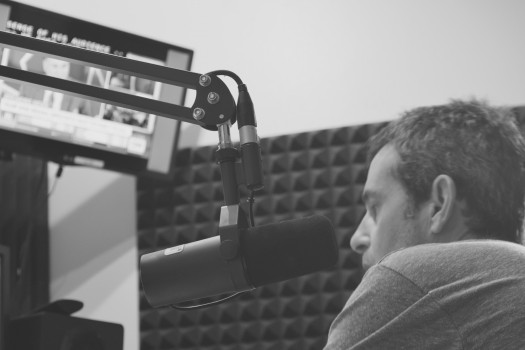 I feel part of the broadcast, and that feeling is very special when you’re nothing but a lowly student taking photographs for a school assignment. When I walk out of the studio I take a breath, and I savor the fact that I have been part of something special, something I shouldn’t take for granted.

Check out the full photo-story on Medium.com