Trending Now
You are at:Home»Features»Interviews»Part 2: Coming Out

“I would pray every night, please God make me want a wife and the white picket fence and not feel like this anymore”. 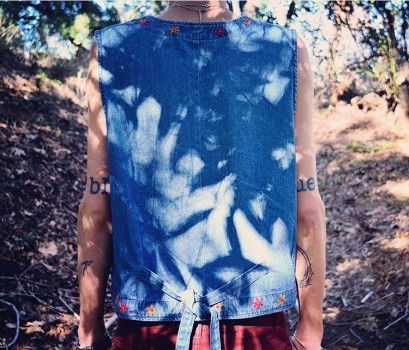 Editors Note: Human’s of Santa Barbara is our take on Human’s of New York. Giving people on the streets of our community that we pass daily, a voice.

I am from a small republican town in Northern California called Granite Bay; it’s a town full of wealthy people who live on golf courses while all the housewives drive a suburban while sipping on martinis on the golf course while their husbands work and drive sports cars. Growing up I had a family friend named Jeff; he was a couple of years older than I was. I always looked up to him knowing that he was also a closeted gay; we would always keep an eye out on each other since there were not that many of us. The biggest concern of being gay was to make sure that I always hid that part of my life, and since I was younger than him I had less of an understanding of what it really was. I remember when I was younger I didn’t want the white picket fence and wife, and I would pray every night “please god make me want a wife and the white picket fence and not feel like this anymore”. I had a family member on my dad’s side that was openly gay; it was very taboo in my family. He got both of his legs broken in a gay rights riot, he ended up dying with complications of aids and my grandparents still to this day say he died of cancer.

When I was in 8th grade I started to hangout with Jeff and another closeted gay, Hank. We all clung together because we were all in the same boat but we never talked about it or discussed that we were gay, I probably still had a girlfriend. Jeff had a troubled upbringing he was always very feminine, he had brothers who were all jocks, and he was a cheerleader, which made him more susceptible to be picked on. Jeff publically put it on Facebook that he was gay sophomore year of high school, which blew up the entire town of Granite Bay. People started to take advantage of how open and honest he was with his sexuality and kids from school would tag his car at school and go to his house and write, “fag” and other things all over his property. He became a taboo, guys wouldn’t go near him and people thought if you hung out with him you would turn gay.

One year after Jeff graduated high school, I was on family vacation. That night I didn’t want to go out with my family; I wanted to stay on the boat I felt a weird vibe. My sister came back and she had a weird look on her face and she asked if I knew what happened to Jeff. I immediately knew he committed suicide. Our best friend found him, there was no struggle he looked finally at peace. The service was held in the biggest church in our town. The church was packed, people were standing outside-photographers were everywhere. The story of Jeff was on the cover of the Sacramento Bee, a picture of his family all sitting together-his dad broken down and his mom stone cold with the headline “Gay Teen Commits Suicide After Bullying”.

Jeff was such a loving person but he never was able to feel that same unconditional love back from other people and that is something that just tormented him because there is no reason he shouldn’t have been able to get that feeling back.

Right before Jeff committed suicide was the era of Prop8, one of the most prominent times for the gay community. I remember being in the car with a close family friend who I still love and respect and him saying, “no matter what none of my money is going to go to help gays get fuc*ing married.” While I’m sitting in the back of the car thinking to myself like you’ve known me my entire life, you probably know I’m gay, why would you say that to me. Even my own parents were involved in it to the point with Prop8 and I remember we drove by a protest and there was a sign that said, “honk for anti-gay marriage” and my mom honked. And I was in the back seat and I remember thinking oh my god I will never come out.

For a long portion of my life I would think I would live completely closeted because it would be easier. I would sit and try to convince myself that I wasn’t gay. I thought I would just get married to a woman and have kids and just bullshit my way through life. There was an immediate shift throughout the entire community after Jeff committed suicide. I was able to come out because of him. His experience made the process for me and other closeted gays an easier process. Without Jeff I would not be able and be who I am, and I thank him every day for that. Over half of my life the biggest concern to me was constantly wishing I wasn’t gay, regretting that I was born this way, how could this have happened to me and having the burden of being this way. Until I came out after this entire experience, especially the last five years, I couldn’t have imagined having any other life. I feel so fortunate. All of my relatives know I am gay, which I feel like our generation is extremely lucky for that. The best part of having an openly gay life is having honest relationships with everyone I meet, because my guard is down. Once you can tell your parents that you’re gay, you can pretty much say anything. 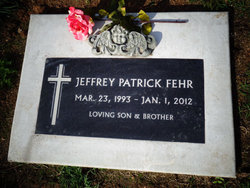