Trending Now
You are at:Home»Current News»Community»Remembering Who Built Santa Barbara

Santa Barbara. Beaches, boats, bikes, birds, and bars. That about sums it up for the town. Or does it?

Every town has a story. And Santa Barbara is no exception. It was built with care and sweat, love and blood. One thing that is prevalent here is the rich Latino heritage. 35% of the city’s population reported being of Hispanic or Latino heritage. It is in everything. Food, music, architecture, and the city’s history. At face value, walking the beach, the views of the buildings show the local architects love Spanish revival. And sure that is what you see. But look deeper. 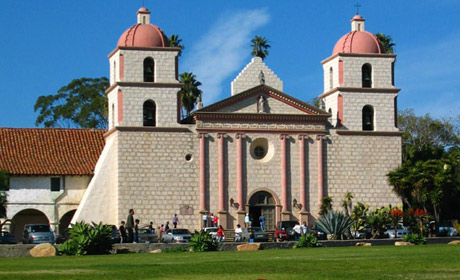 Santa Barbara Mission, just a short drive up from the beach, was a very prominent mission during California’s birth. The Spanish priests established the Mission in order to convert the local Chumash and establish a Catholicism-based society. The Presidio was established as the local military fort and at many times withstood siege.  The area was established by land grants, established families, and the gauchos. Land grants may be a thing of the past but we still see some of the earliest families names around town: Ortega, Haley, De la Vina, De La Guerra, and more. The De la Guerra adobe is centered in what is now downtown, along De La Guerra Street. Along with these buildings, the Covarrubias adobe also still exists to this day, under care of the Natural History Museum. 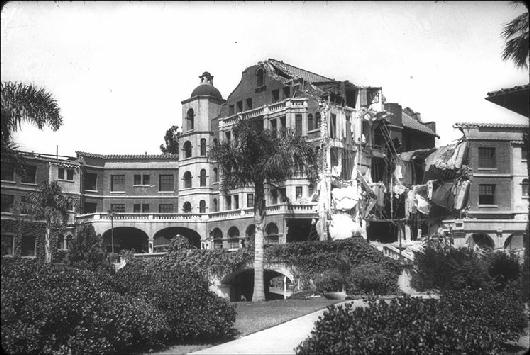 Arlington Hotel, Santa Barbara, after the 1924 earthquake. The Arlington reopened as a theater

Unfortunately, two separate earthquakes destroyed Santa Barbara and the people had to rebuild. The first was in 1812 and it destroyed almost every established building, including the mission. In 1925, a second earthquake destroyed the new, modern town. Most of the buildings collapsed or were taken by fire. The Mission needed repairs, the Hotel Californian closed, the Lobero was rebuilt, and the Faith Mission (1889) and Granada (1924) stood for repairs. After the second earthquake, the council decided to honor the Spanish and Mexican tradition by pushing for a Spanish-Moorish building requirement; the reason why everything looks like Spanish adobes or Muslim Spain. The buildings remaining from the Victorian era were grandfathered in, hence why the Granada and the Faith Mission (Blind Tiger Bar) buildings look like they belong in the French Quarter.

Let’s talk food. On almost every block there is either a Mexican restaurant, taqueria, or Mexican market. The most popular of these would be the El Paseo, serving up authentic Mexican-style food in a sit-down restaurant, and Rudy’s, serving up faster meals and hard tacos. Looking for something a little more quick and with great flavor? Then Lilly’s Taqueria is the place to be. Serving up bare tacos with your choice of meat (and there are plenty for the adventurous), you are free to top and sauce as needed in the salsa bar. Just don’t go during lunch hour unless you don’t mind standing in line. It is the place to go for tacos at a great price. The Santa Cruz Market is a go-to spot for carne asada, paletas (popsicles), and any ingredient for which ever dish you are making.  These are just a few examples as you cannot walk a block without finding some sort of taco or enchilada to eat.

Entertainment seems to come from the culture itself. Live music can be heard from quite a few restaurants and in neighborhoods. The Santa Barbara Bowl and the Granada Theatre even bring in their own line-ups to their stages. Recently the Santa Barbara Bowl has also become the epicenter of the Dia de Los Muertos (Day of the Dead) celebrations. The Brasil Arts Café is a small venue but they bring in the time of Carnival to the city. The biggest event in Santa Barbara however is the annual Old Spanish Days Fiesta– a weeklong festival celebrating the heritage from Spain and the era of the ranchos. It combines history with dance, music, and food for an entire week. 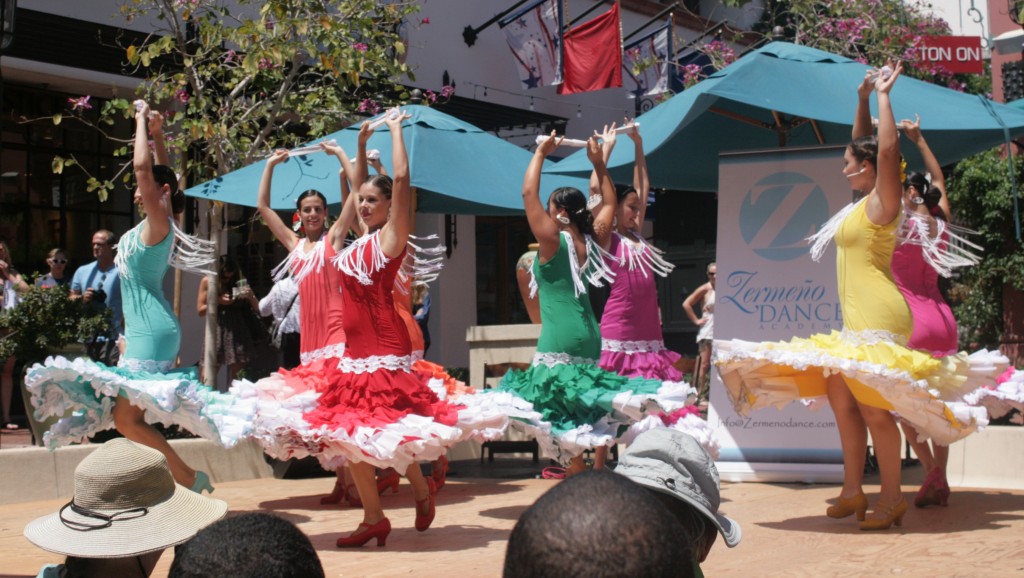 When you are riding your bike along the Cabrillo Bike path, taking in the sights, remember that it is not all as it seems. Amongst the bright sun, cool air, and green mountains lies more than the soul can take in. Greet the stories with an open mind, embrace the culture infusion, and enjoy what has built Santa Barbara.