Twenty-four hours is a long time for a politician. We’ve got seven more months to go.. – Lou Cannon

On April 11, 2016, I had the opportunity to attend a discussion featuring award winning political journalists  Lou Cannon and Jerry Roberts. Prior to attending the political discussion, I had no idea what to expect at the event. The description of the political forum is described as  a public forum focused on upcoming presidential elections labeled appropriately as, “Volatile Politics.” 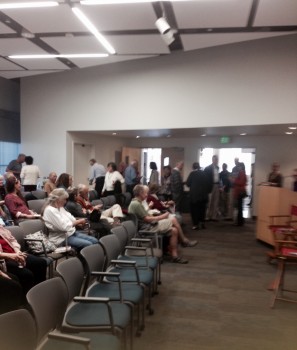 A public forum on the 2016 political landscape at Antioch University, Santa Barbara

As I enter the political forum event at the Community Hall at Antioch University,   Santa Barbara, I am instantly welcomed and greeted with familiar faces of  Catherine Radecki-  Bush,  Guy Smith, and Nancy Leffert. These familiar faces  and faculty of Antioch University encourage and reassures that despite the topic of politics, the event is safe and the forum is placed within a secure community.

As I wait for the forum to begin, I wonder what especially marks these upcoming presidential    elections deemed as, “volatile.”

As the seats fill up in the Community Hall, it is time for the event to officially begin with introductions. The President of Antioch University introduces the  The Honorable Susan Rose who will moderate the public forum of the political landscape of 2016. 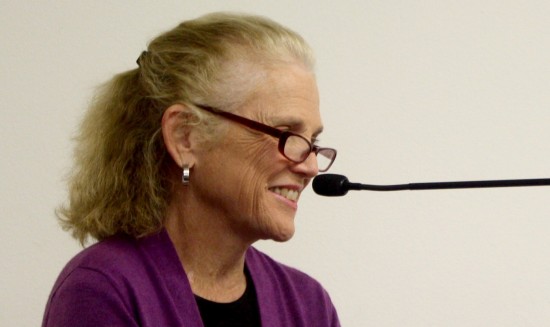 The Honorable Susan Rose has worked more than 30 years in experience of public administration, education, and community activism.

The Honorable Susan Rose introduces veteran political reporters Lou Cannon and Jerry Roberts. She explains the format of the forum, which will start with three questions for Lou Cannon and his response, and three questions for Jerry Roberts, and his response. After each journalist has answered the questions, there will be an open, “questions and answers,” period for the audience to participate directly in the forum.

When asked about Trump’s campaign and his supporters, there was a review of these 5 points of Donald Trump and his campaign:

1. Trump supporters are mostly Republican white males in the south.

2. Trump supporters also believe with Trump in his beliefs that America is a country on the wrong track

for immigration and trade.

4. Trump is clueless about votes. 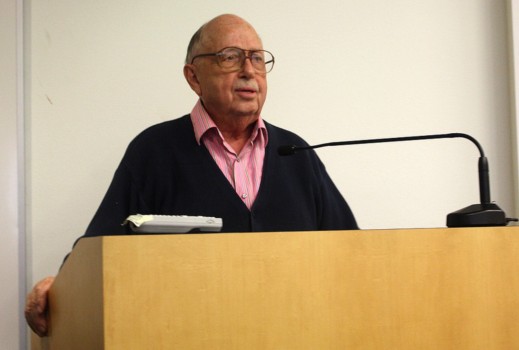 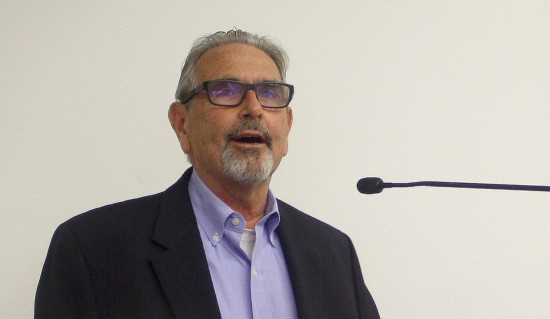 Jerry Roberts is a journalist with more than 3 decades of experience in the news business.

To see a good amount of people from the Santa Barbara community listen to the outlook and perspective of today’s political landscape as discussed through two professional journalists was remarkable. Events such as these definitely add and enhance to Antioch’s atmosphere of a diverse and collective educational space.

Before the political forums took place, Lou Cannon declared that just one day in a life of a politician is a long time. In that respect, there is quite some time until November 8, 2016 of presidential elections. So much politicking, tweeting, new and old information can pour over the scales into another candidate’s favor.