Trending Now
You are at:Home»Features»SB Local»Who Popped the Fire Alarm?

What could have been a usual Wednesday evening class at Antioch changed into a not so typical one after somebody set off the fire alarm on the third floor. The cause? Popcorn.

We had just started watching a documentary in class when flashing lights and extremely loud beeps suddenly interrupted. Once people realised it was the fire alarm they grabbed their most valuable stuff and walked to the exits. Within a couple of minutes the street outside Antioch was filled with students. Nobody knew what was going on. People were debating whether it was a real or false alarm and then the fire truck arrived. Everyone immediately took out their smartphones.

Karoline Karlsen, an Antioch student who actually also lives on top of the university, thought it was rather amusing. “People outside were taking selfies with the fire truck and that was just cracking me up!” she said.

Another Antioch Student Corinna Bernasko filmed the fire truck arriving at Antioch. Watch and pay close attention to one dude walking up to the crowd:

If you listen closely you can hear the guy asking: “Now that the fire department is here, does anyone want some popcorn?” Another girl in the audience is saying: “Wait did he do it?”

Jose Sanchez, working at the front desk in the lobby at the time of the event, confirmed popcorn was indeed the cause. “Somebody at the third floor was making popcorn and he set the alarm,” Jose told me. “In the hallway by the bathrooms.”

Well, whoever this popcorn popper was, thanks for making my Wednesday evening a little more compelling. 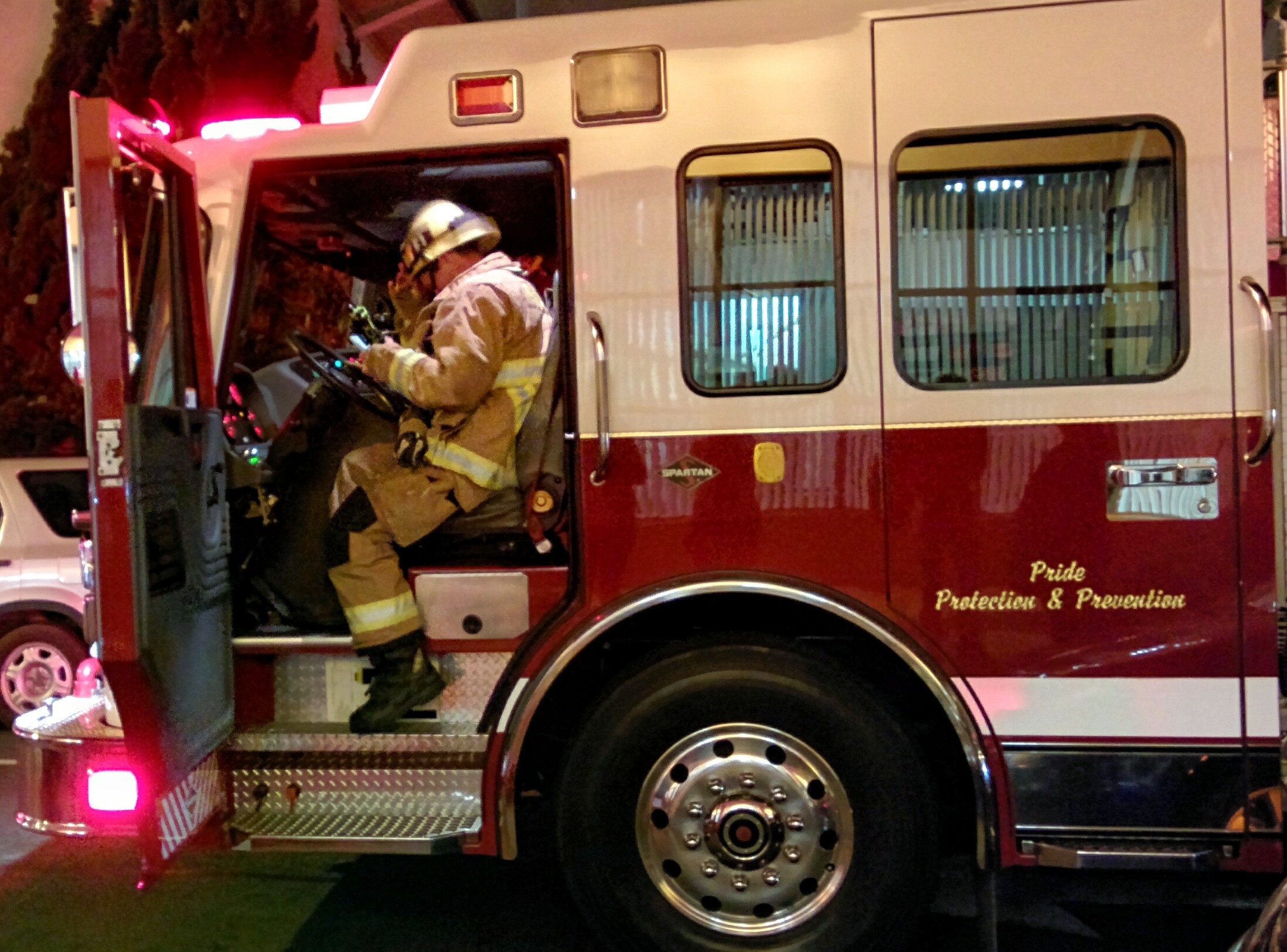 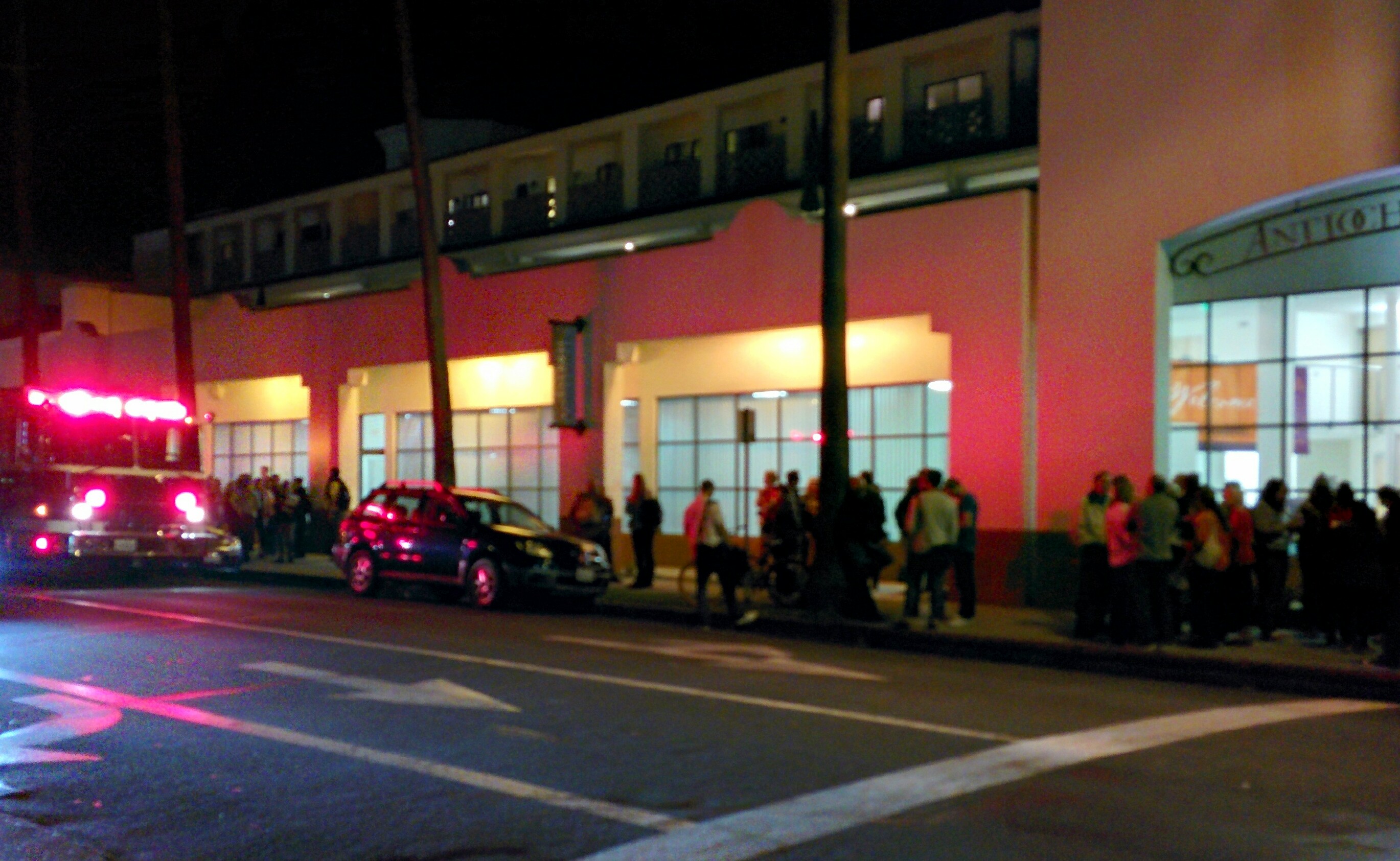 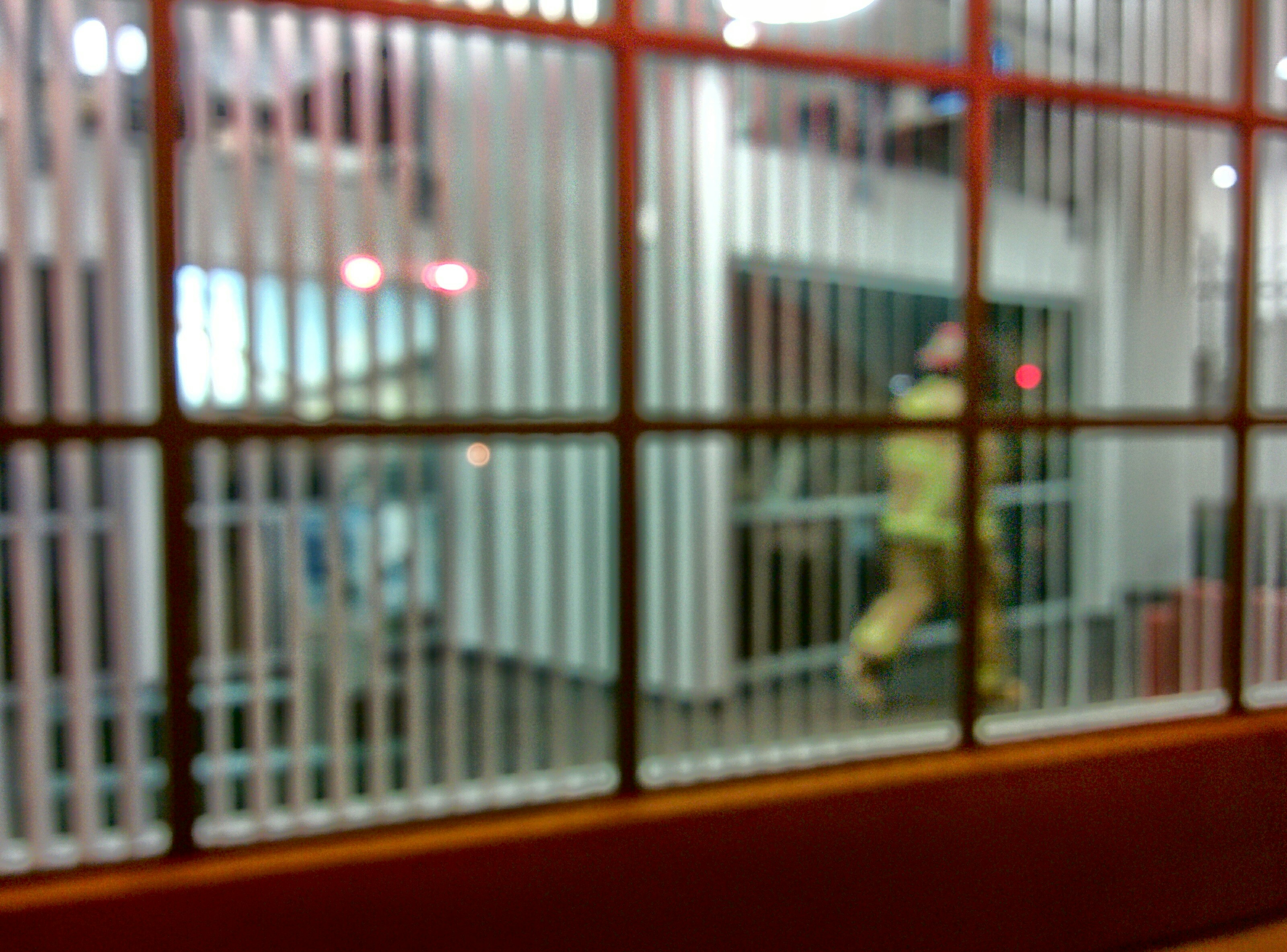