A few weeks ago, I had the opportunity to interview the owners of Wolf’s Head, a quality men’s wear store in Santa Barbara, which was inspired by street culture scene. It really stands out with its classy, kind of old school, looking store. They have a lot of antiques and reclaimed wood that really enhances the ambiance.

Wolf’s Head started as a clothing line about 7 years ago. Owners Christian and Ruben Segastume made a lot of connections through several collaborations with different clothing lines, and were finally able to start their own business, 2014. With five years of preplanning, they already knew what direction they wanted to go towards, which was quality men’s wear. During the conversation, Christian mentioned how they grew tired of where the street wear fashion scene was heading. They wanted to add on their own flavor by providing a higher end, polished version of street wear.

Christian said, “What sets us apart is it’s interpersonal, and a lot of customer service. We built a different store on purpose, and that’s what people been noticing.”

“It’s more about the brand that we sell here, the way we merchandise everything, just more of a friendly atmosphere,” Ruben added.

Vision of the Business

A common dilemma when starting a business is that it never really goes as planned. Wolf’s Head didn’t do very well until they produced their clothing line, that’s when things started to turn the corner. The clothing line became their steppingstone.

Christian explained, “It’s one of those things where you learn from your mistakes and you grow. A lot of people would just crumble. We’ve taken losses and turned it into what it is now.”

The Brand Name and Concept

It was surprising to learn that Wolf’s Head shares its name with one of the most well-known secret societies, like Yale’s Skull & Bones. They wanted to be in close proximity to universities. Additionally, it also has a wordplay that dates to the western days – the bounty of a criminal used to be called ‘having a wolf’s head’.

Christian stated, “The concept came from so many different aspects. The old school Santa Barbara, the 1930s, speakeasy’s, the American Riviera, Old Hollywood, NY, Chicago, San Francisco, I can go on and on about how we came up with the concept. We just wanted a timeless, lived-in feel.”

Challenging Parts of the Job

As any other company, they have their challenges. Having to deal with the boring side of the industry really takes its toll, but nothing would keep Christian and Ruben from maintaining their business and pursuing their goal.

“The marketing side of it is challenging, because our customer base is so wide. Some of the older ones aren’t really hip to the new style of marketing, which is now just really Instagram, Twitter and all that stuff. So how do we reach them, through old school marketing techniques? That’s just something that we’re learning about,” Ruben elaborated.

Christian and Ruben Segastume have already made plans on expanding their business, Wolf’s Head, with a second location in Montecito. They hope to cautiously expand to larger cities like New York, Miami, and Chicago. 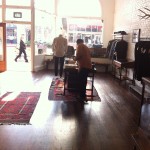 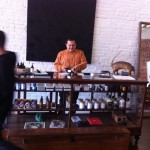 Co-owner Christian with products for sale. 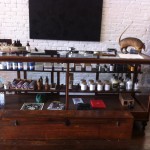 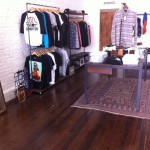 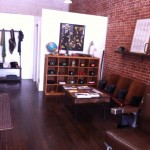 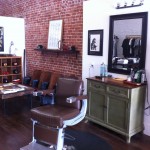 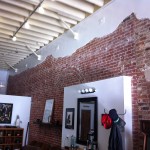 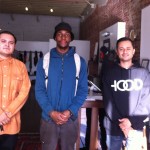