Trending Now
You are at:Home»Features»Children on the front line: Nearly 300,000 used in war zones today

Human trafficking takes many different forms. One of them is child soldiers in armed conflicts and armies all around the world.

Although records of child soldiers are difficult to come by, it is certainly known that minors were used in armed wars all over the globe centuries ago. As wars were always costly in human and financial resources minors were often the last available back up for troops and nations. 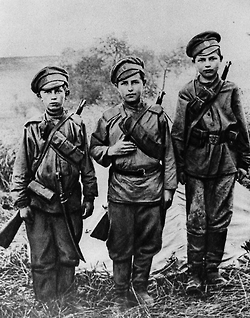 British Boy Soldiers during WWI: An important back up for the long war. (Photo: Tumblr)

During World War I, so-called “boy soldiers” were an integral part of the British army. Although the legalage to enlist was 19, many army officers and representatives complained about the lack of men to control and check IDs. At the time of the war, and especially the sudden onset of World War I, England lacked sufficient support to verify IDs and make sure nobody under 19 enlisted. As the war dragged on, the legal age of 19 was dropped in order to provide sufficient back up for the immense loses on the Western front. It is expected that the Battle of the Somme alone claimed the lives of 11,000 boy soldiers. As many used fake IDs there are no exact known numbers on how many minors lost their lives fighting for the UK or other armies in World War I. The enormous loss of many young men became known as the “Lost Generation”.

Another great case of child soldiers during the 20th century was the Hitler Jugend (Hitler Youth) during the Nazi reign. With at its peak over 8.8 million members aged between 17-24, the Hitler Youth was an important backbone of the Nazi Empire. Although not legal to be send to the front, many members saw themselves put into war zones in order to cope with the enormous losses endured on the Western, but mostly the Eastern front. The declaration of a total war also made the Hitler Youth become part of the whole war machinery, and an integral part of the supply chain for ammunition, clothing, and food. When the war came to an end, the Nazi regime saw itself forced to put more and more minors into the army to form a last resistance in the Ardennes and against Russia. This last stand combined with other confrontations cost the live of millions of young men. 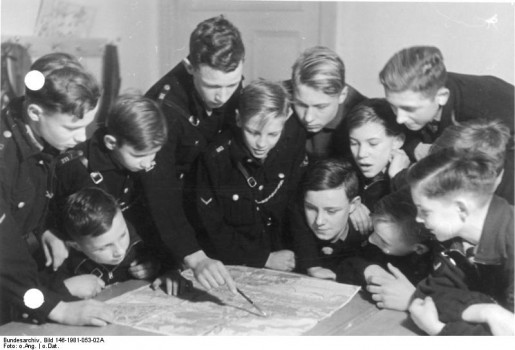 Hitler Jugend (Youth): Counted 8.8 million members at its peak, many of whom were send to the front to compensate the enormous losses (Photo: Creative Commons)

The legality of child soldiers and current stats & facts

Optional Protocol on the Convention of the Rights of the Child, “child soldiers” include children under 18 who have been forced into service, those under 15 who have volunteered to fight, and those under 18 who have joined up with any force aside from an army. It also includes those who serve in a “support role such as a cook, porter, messenger, medic, guard, or sex slave.”

The US Department of State has a list of countries who use child soldiers as part of their armed forces. These countries allow minor to enlist for the army and become part of armed conflicts mostly with militias and rebel groups. These countries are: Burma, Central African Republic, Democratic Republic of Congo, Rwanda, Somalia, South Sudan, Sudan, Syria, and Yemen. Added to this comes the report by the International Labour Organization stating that child soldiers are being used in 17 countries across the globe.

Map of countries using child soldiers in their armed forces

There are no exact numbers on how many child soldiers are currently used in conflicts all around the world, but the UNICEF estimates that over 300,000 minors are currently used in armed conflicts, with another half a million being part of militias and groups not currently at war. The roles of child soldiers vary, with many being used during first attack waves, as spies, porters, distractions or even as child soldiers. According to warchild.org around 40% of minors being used in conflict zones are girls, who are often used to “entertain” the troops, sex slaves, cooks, or nurses. The International Labor Organization defined child soldiers as the worst form of child labor and the most dangerous one.

Why use child soldiers?

There are many reasons for armed rebels and militias to use child soldiers for their troops. In many cases child soldiers are smaller and less recognizable, which makes them perfect to become porters or to spy on the enemy. Child soldiers are also good tools of propaganda, and many of them are desensitized from violence. As supplies are often scarce and food and water is difficult to access, child soldiers are used as they require fewer resources. 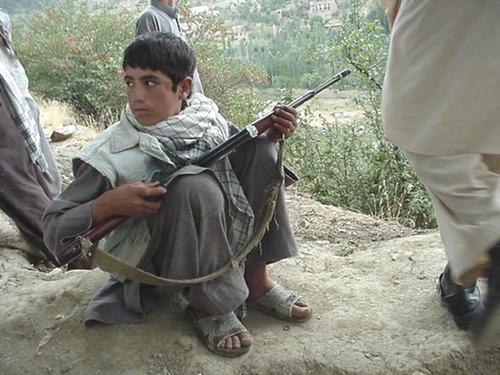 Child Soldiers are frequently used in armed conflicts around the World. An estimated 300,000 child soldiers are currently in conflict zones. (Photo: Flickr)

As part of their recruitment minors are often drugged and otherwise brain washed in order to take away their fear and also take them away from their family. Rebels often raid through villages and kill everyone dear to minors in order to easily recruit them.

“In combat, children can be daring and tenacious, particularly when under the influence of drugs—a common practice—or when compelled by political or religious zeal. Child units can greatly add to confusion on battlefields, slowing opposing forces’ progress” (Eben Kaplan)

There are also numerous stories of minors being forced to kill a family member, often mother or father, in front of the village and rebels. This technique is often used by rebels to eliminate all ties between the minor and the family and/or village and does not give them an option to go back. Minors who commit these crimes are often not allowed back, and without a family or village to support them, the only place to go is to a militia or rebel group. 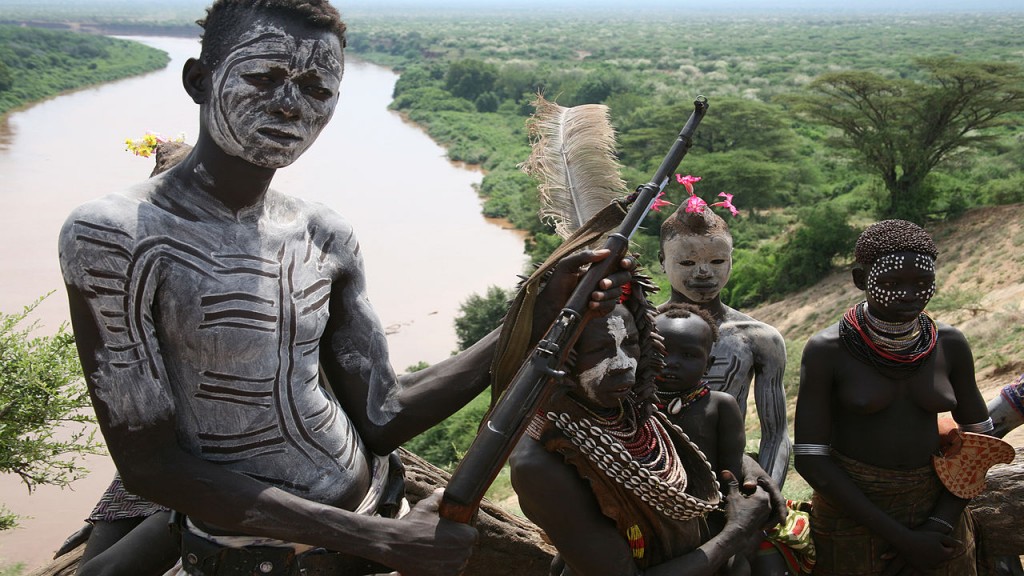 Efforts being done to end the illegal use of child soldiers 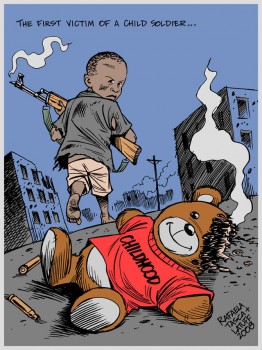 “The first victim of a child soldier: Childhood”

Although it is reported that the number of child soldiers increased between 2006 and 2013, mostly due to the Arab Spring and the Syrian Civil War, many organizations fight to help victims and survivors of conflict zones. The International Rescue Committee has done a lot of efforts to help former child soldiers to become functioning members of society. Their reintegration programs include therapy, education, housing, and other professional help in order to help traumatized victims and survivors.

“may not be used to provide assistance to, and no licenses for direct commercial sales of military equipment may be issued to, the government of a country that is clearly identified, […], as having governmental armed forces or government-supported armed groups, including paramilitaries, militias, or civil defense forces, that recruit and use child soldiers”. 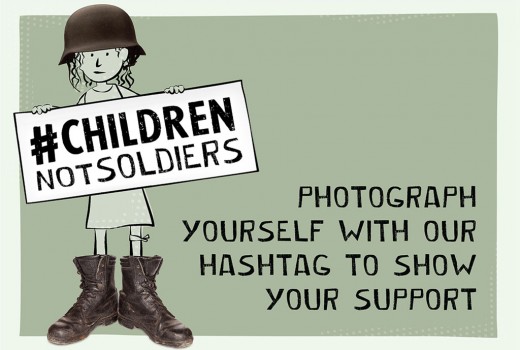 Besides Western and other governments taking action in order to ban child soldiers and help victims to be reintegrated into society, the United Nations are focusing on strong social media campaigns in order to raise international awareness and get people to talk about the issue. The #ChildrenNotSoldiers campaign is only one of many aiming to end the use child soldiers by 2016.