Trending Now
You are at:Home»Features»Opinion»Dear Donald Trump, Muslims Hate ISIS More Than You Do

“I am a Muslim, and there is nothing Islamic about killing innocent people in Paris, San Bernardino, or anywhere else in the world.” -Muhammad Ali

The entire world, it seems, is responding to the proposition made by Donald Trump during a speech yesterday in South Carolina. In what critics are now calling a hate speech, Trump called for a “total and complete shut down” of Muslims that want to enter the United States saying that until recent affairs are sorted, “we have no choice.” Toward the end of the speech, Trump is applauded and celebrated by the crowd for his strategic plan.

Today, there are an estimated 1.6 billion people are affiliated with the Islamic religion, making it the second most followed religion in the world (following Christianity). Of those 1.6 billion, nearly 2.75 million live in the United States. While the actual number of IS (Islamic State) members is unclear, but the highest number reported has been barely 100,000 followers. Given these figures, it is important to put ISIS’s population into perspective as it makes up of less than .01% of the Islamic population. 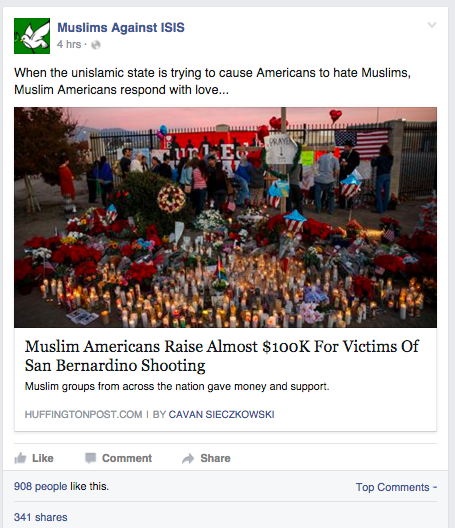 Why is this so important? What Donald Trump and his (apparently thousands of) supporters have failed to recognize is that the majority of Muslims hate ISIS, too. In fact, ISIS has been killing thousands of Muslims throughout the Middle East for a long time. The killings include beheadings, executing Sunni’s for refusing to take an allegiance to ISIS and the killing of women for refusing to abide by ISIS policies.

According to a study done at Duke University in 2013, Muslims were reported to have provided more terrorist suspects to law enforcement than the U.S. government ever has.

With that being said, its clear that the vast majority of Muslims living in the United States hate ISIS and do not even consider them to be Islamic.

“True Muslims know that ruthless violence of so-called islamic jihadists goes against the very tenets of our religion. I believe that our political leaders should use their position to bring understanding about the religion of Islam and clarify that these misguided murderers have perverted people’s views on what Islam really is” -Muhammad Ali

The Muslim community also has major love and compassion for their country, just as other American’s do. In fact, Muslim Americans raised nearly $100,000 to support the victims of the San Bernardino shooting that took place just last week.

In an attempt to bring awareness to the reality of the peaceful Muslim community, Kansas-city residents rallied in the streets to declare that ISIS was not Islam.

“We support the U.S. and every other country that actually stand against ISIS. We are part of you; we feel sad when something wrong happens and we support [you].” -Kansas City protestor, participant in Muslim community

Donald Trump, 2016 presidential candidate and leader in the Republican polls, wants to cut off all communication with the same people who are protecting American soil and raising money for their victimized, American neighbors. Worse, his large podium has allowed him to tap in to an extreme demographic of people who see Muslim and terrorist as synonymous groups. In lieu of the Paris attacks this November, Trump has made a point to propagate his anti-Muslim solution to ISIS extremists.

Trump made such a splash with his proposal during his rally in North Carolina, that public figures around the world have already responded.

“Mr. Trump, like others, fuels hatred,” and “our only enemy is radical Islamism.” –Prime Minister of France

“There is something disturbing about where Americans are going in their relations with the outside world in general and with the Arab and Islamic world in particular . . . All of a sudden it seems that America, or at least some segments of America, have forgotten was America stands for.” – Abdulkhaliq Abdulla, retired professor of Political Science from United Arab Emirates 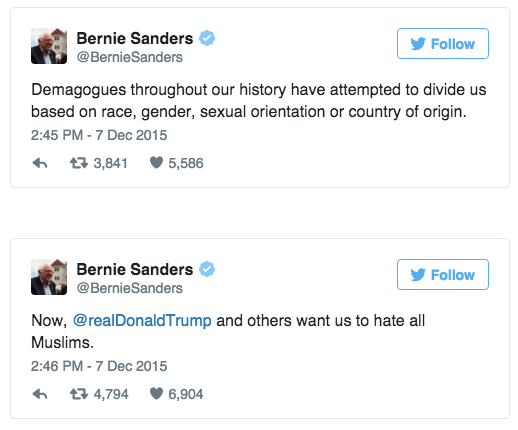 It is time to stop associating ISIS with the entire Islamic community both in the media and daily life. Donald Trump has made a claim so big that politicians, country leaders and public figures alike have taken a stance against him. We can no longer allow our people to get away with generalizing this extremist group. These people are our neighbors, classmates, doctors, army officials, friends, and they need our support. It is both the responsibility of the Muslim community and other citizens to defend the foundations that this country was built upon. We need to educate Trump’s loyal band of followers of the reality that is the peaceful Islamic religion and its importance in America. We need to speak louder than Donald Trump and scorn the accusations he has made. We need to remind our people that the Muslim community is with us in this fight against terrorism. We will not win unless we band together.