Trending Now
You are at:Home»Current News»Environmental»El Niño Hits Africa – ‘As bad for children as Syria’s war’

Ethiopia – one of the fastest growing economies in the world, is facing the worst drought in decades with over 10.2 million people in need of food aid. 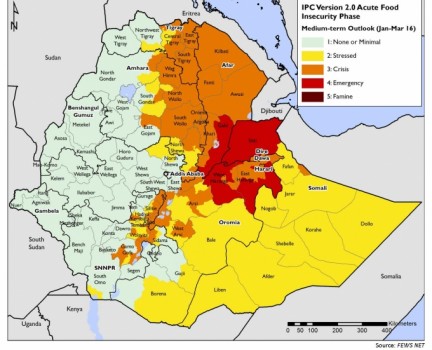 The drought is predicted to worsen in the coming months, which will take its toll on the people and economy of the country. Unless donations increase, the UN estimates that the situation could result in 15 million Ethiopians suffering from food shortages by mid 2016.

Sadly, Ethiopia is competing for aid with war-torn Syria and Yemen. Currently, the human disaster in the Middle East and the refugee crisis in Europe is the main focus for most. Ethiopia is not at war, but the difficult situation desperately calls for international assistance. As of right now, $1.2 billion is needed for food relief for the people in need.

The government delayed asking for help, because they initially tried to tackle the situation without any assistance from the West. They spent an unprecedented $192 million to prevent starvation, along with many other efforts. Ethiopia has improved their ability to handle emergency situations since the famine in the 1980’s. However, despite their improved efforts in emergency relief the country had no other choice than to call for help, because the estimation of those affected by the drought doubled.

Slowing Down the Economic Progress 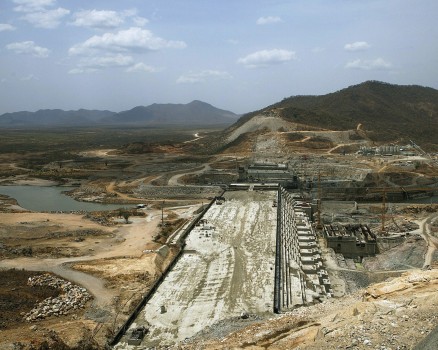 The Grand Renaissance Dam is currently under construction and will be the biggest hydropower project in Africa. The dam will generate 6000 MW, which the government has funded themselves and will lead to major economical advancements.

The country’s economy has been growing rapidly over the past few years, and has managed to make a lot of industrial progress Although Ethiopia remains one of the poorest countries in the world, there has been a remarkable advancements in key human development indicators over the past two decades. According to the World Bank, the number of people with access to clean water has more than doubled, primary school enrollments have quadrupled, and child mortality has been cut in half. The IMF reports that the country’s economy has been growing by 10% annually for the past decade. One of the major growths was seen in industry and Agriculture. 40.2% of Ethiopia’s GDP is represented by agriculture, and is also the main income source for most of the country’s population. For this reason, aid agencies are worried that notable advancements made in food security, education, and health over the years are now at risk in parts of the country.

International assistance is needed to save lives, but also to ensure that the economic progress stays on track. If you would like to get involved and effectively help the people of Ethiopia, visit this link to find out what charities will ensure that donations will reach the people.