Trending Now
You are at:Home»Current News»Community»Measure P takes a dive

No on Measure P, and Yes on hydraulic fracturing, that was the general message that came out of the November 4th election. With a whopping 62.65%, and over 50,000 No votes, people in Santa Barbara County send a clear message to supporters of Measure P. 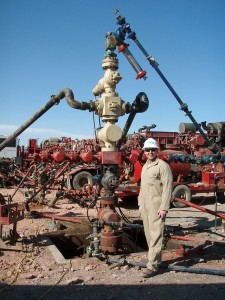 “Onshore oil and gas production has operated safely for over a century in the county, and voters have reaffirmed their desire for safe oil and gas production to continue,” No on P campaign spokesman Jim Byrne told SCPR. In addition, while Yes on Measure P mainly ran their campaign on water and environment protection, No on Measure P was able to use people’s fear of more unemployment, less fire and emergency department funds, and the loss of hundreds of millions to the local economy in order to get people to vote.

Added to this comes the fact that local oil producers and mineral rights holders, like Hazard’s group, threatened Santa Barbara County with a lawsuit if Measure P would pass. Some, like Erinn Briggs, say that “oil available to be extracted by conventional techniques is becoming harder to find,” and hence oil operators need to apply new methods to extract oil otherwise.

Fears that hydraulic fracturing could negatively impact water and environment remain, and much more needs to be learned in order to make hydraulic fracturing safe to use. But for Ed Hazard, mineral rights cannot be moved, and Mother Nature put shale rocks in our area for a reason. “We use the oil here. Why on earth wouldn’t we want to produce it here?” he said in an interview with SPCR.

It remains to be seen, what the future on fracking will bring. For Rebecca Claassen, a co-founder of the Santa Barbara County Water Guardians, Measure P is “only the beginning of the fight, not the end.”