Trending Now
You are at:Home»Features»Homeless in Santa Barbara VS. homeless in Norway

Many of the homeless people I see in Santa Barbara, would never be homeless in Norway.

Therefore, I had to ask myself the question “why are people homeless in the Unite States?”  In Norway, only drug addicts and illegally immigrants are homeless; people who loose their jobs, have health issues or are veterans are not to be seen living on the streets. The Norwegian concept of government makes sure unfortunate people still have an income and the possibility to live a normal life, which has made me see the homeless population of Santa Barbara as normal looking and healthy, compared to the homeless in Norway.

So why are mentally ill, unemployed and foster children not homeless in Norway? Norway uses a completely different system and is what we call a welfare state. The welfare state is a concept of government where the state plays a major part in the protection and promotion of the economic and social well being of its residents. 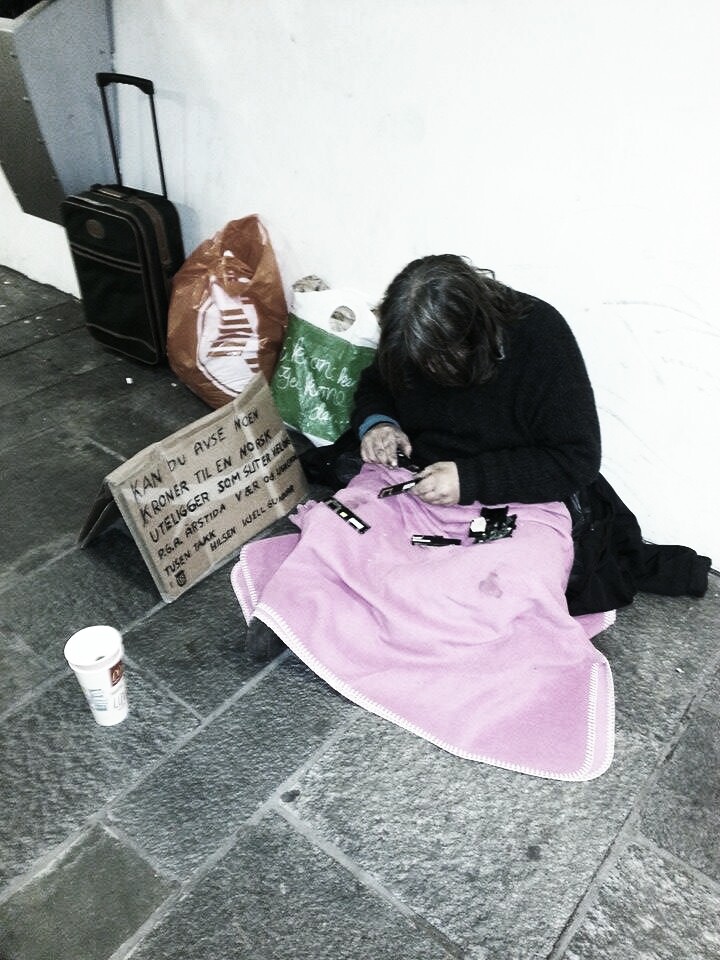 Kjell Gunnar, homeless in Norway. This is how you usually see the homeless people in Norway: sitting on the ground with their heads hung low. Photo: Mona Vestum

Even though Norway has about as many homeless people as Santa Barbara, only an average of 10 to 15 people sleep on the streets of Oslo each night. Everyone is offered a place to stay, but not everyone accepts the offer. Some are happy at the streets, while others prefer to save the money given by the government. The average Norwegian drug addict spends a $4400 a month on drugs, but only receive a third from the welfare state. To stay out of criminalization, the addicts sell a magazine developed to give jobs and an income to the homeless people.

The welfare state is characterized by its size and its degree of universalism. The foundation of the welfare state is the “National Insurance,” which is a Norwegian, mandatory, national and social insurance system. Anyone living or working in Norway legally, are automatically a member. The welfare state provides free higher education at universities and colleges, health and medical care, unemployment benefits, payment after retirement, and people with disabilities get support to live a normal life as a part time employee or in labor force.

In order for the welfare state to work correctly Norwegians pay more taxes. When buying a sweater in Norway you pay 25% taxes, while in the U.S you pay 9%. Norwegians in a full-time job pay between 30 and 50 percent taxes, depending on their income. The Norwegian tax authority’s own website says it all; “The Norwegian tax system is based on the principle that everybody should pay tax according to their means and receive services according to their needs.” In a welfare state the residents are imposed to pay for welfares such as health care and higher education, while in the U.S these benefits are voluntary and something not everyone choose or are able to get.

I was lucky to discuss the topic with a homeless woman in Santa Barbara, Tina. A couple of years ago she moved in with her boyfriend; a choice that turned out to change her future completely. Tina had a job and a meaningful life, before she and her boyfriend were kicked out of their apartment. The landlord refused to extend the contract, and both of them were left with no place to live. “I told my job I was left homeless. I would never go to work dirty or disheveled, but they still chose to fire me. I had very bad luck,” Tina explains. 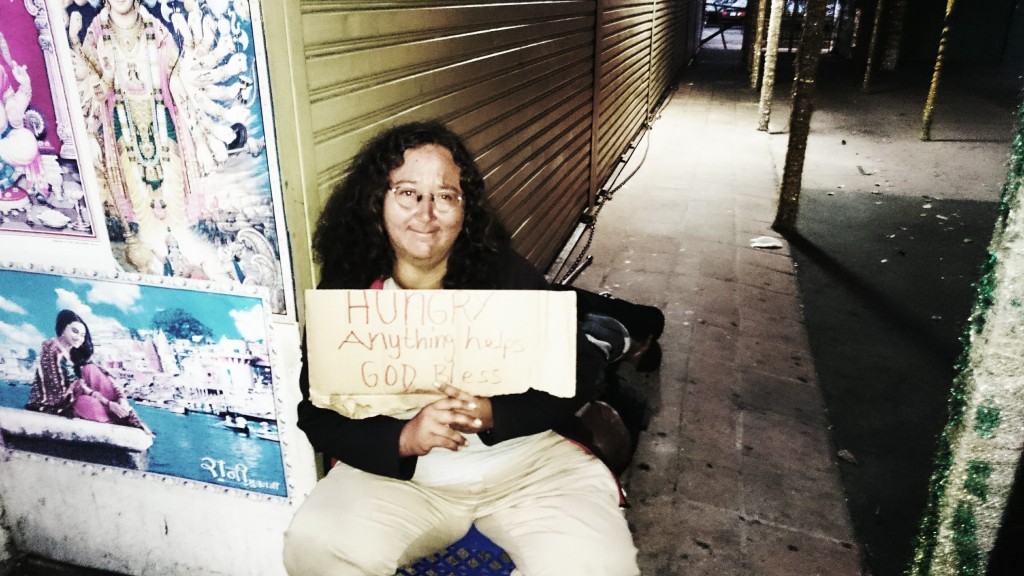 Tina – homeless in Santa Barbara. Late in the evening about to find a place to spend the night. Photo: Julie Stensrud

I explained the principles of the welfare state to Tina. She was really happy to hear about such system, and wished there were similar forces helping her the day she lost her home. “The system her in the U.S should been better. You only get help if you are an alcoholic or drug addict and I am none of them. I am healthy and willing to work hard; I am just a really unfortunate woman who is left to live on the streets of Santa Barbara,” Tina says.

The welfare state does not allow situations like Tina´s to happen; it assures those who loose their homes or jobs a living, and also help to find a new job. Therefore you don´t see homeless people in a wheelchair in Norway, you don´t see people being without a home as a result of loosing their job or traumatized veterans, but you see drug addicts who made bad decisions like spending their money on drugs instead of paying rent.