Trending Now
You are at:Home»Features»Parched… San Joaquin Valley in dire need of Water

Imagine waking up one morning, turning on the shower — same as every morning – but no water comes out of the tap and there is no running water in the house. 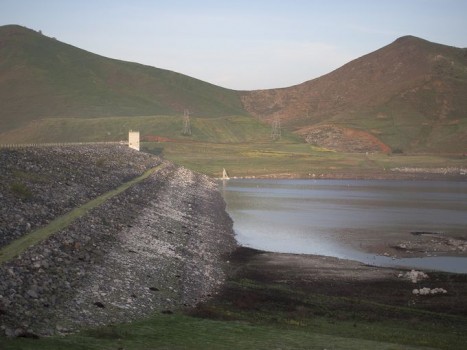 Success Lake dried up after 3 years of drought.

Wells are dry on the East side of Porterville, California. Families are now faced with the fear of living without running water in their homes.

According to the Porterville Recorder, as of January, 2015, almost 900 wells have been reported dry and hundreds are forced to walk or drive miles to retrieve water from two local, 5,000 gallon, county tanks.

Freddy Beltran, a local resident, has personally given aid and support for those who are suffering from a lack of water. Beltran has been volunteering his time, building water pumps, and donating non-potable water and water pump systems to residents who don’t have water. He was recently highlighted in a short documentary (video below) shedding light on the water crisis this beautiful town is facing. Tulare County’s water district has been replacing Freddy’s water systems and installing their own “bigger and better” tanks and pump systems. Unfortunately, the county hasn’t been delivering the necessary amount of water to residents, leaving some people without water on their property for days, sometimes weeks.

Non-county tanks have a capacity of 275 gallons compared to County tanks that can hold 2,500 gallons. The county tanks can hold more water, but are more difficult to fill and don’t stay maintained. 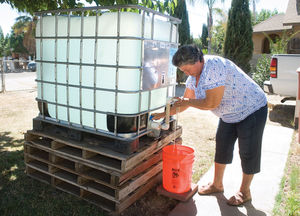 Water tanks Freddy Beltran has installed and fills for residents. 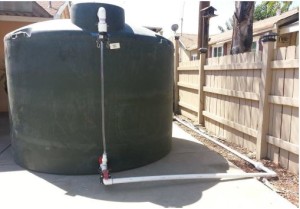 Water tanks and pumps Tulare County has installed for residents without water. 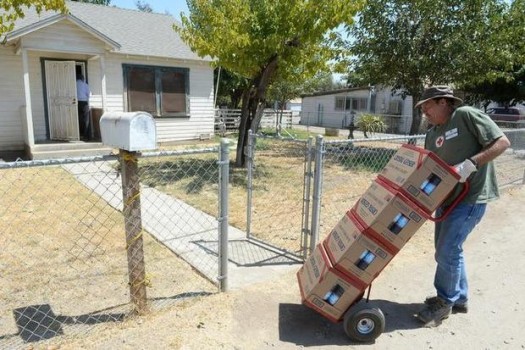 Local Porterville volunteer delivering water to residents without it. 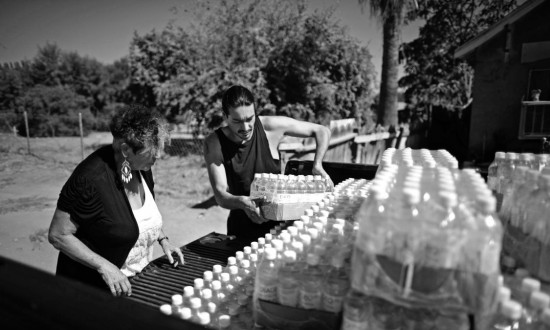 Donna Johnson, left, lifts pallets of donated bottled water from the back of her truck during her daily delivery run to residents whose wells have run dry. Photograph: Lucy Nicholson/Reuters (The Guardian) 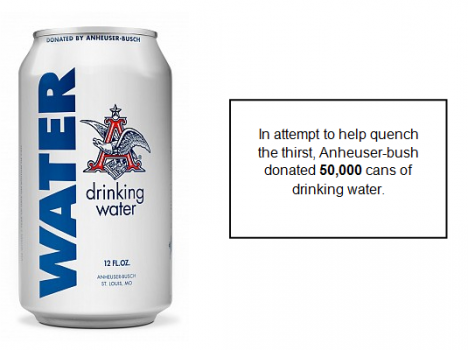 Canned drinking water donated by Anheuser-Busch in times of tragedy.

The Tulare Basin is the driest portion of California and the drought has depleted the ground water supply. In the past, drilling depth in the Central Valley was 100-140ft deep. Now, most people are drilling to a minimum of 300ft deep, providing 15 to 20 years of ground water. Ground water depths vary based on how close the nearest water supply is. 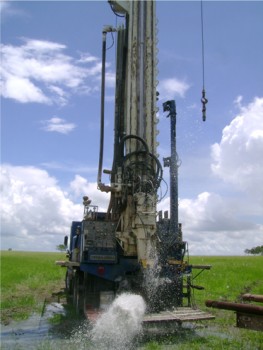 A well being drilled in the Central Valley.

Re-drilling for a well cost approximately $19,000 to $30,000, pending on the different problems and tools necessary for completing the job. This is a large amount of money for most residents of East Porterville, more than they can afford for a basic essential of life. Tom Krazan, senior partner for Kings River Drilling, is located out of Sanger, California and works towards helping people find water for their homes. Please visit his Blog to stay updated on this issue.

Given that these wells are expensive to drill, residents rely on financial support from surrounding communities and regions. Not only residents are being affected by the drought. Tulare County is the leading agricultural producer for all counties in the United States. Therefore, I am calling you, the readers, to action. Stay informed on this important issue. Write letters to your local and state representatives. Donate to residents of East Porterville with the Porterville Area Coordinating Council (PACC). 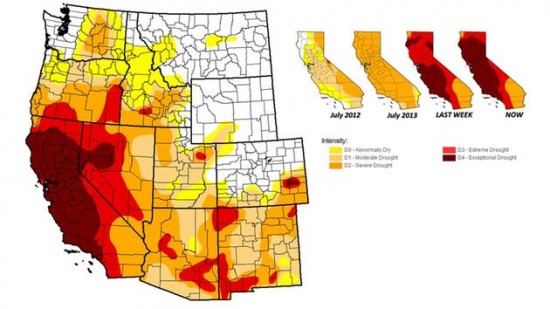 Drought levels for western region of the Unites States (July, 2014) 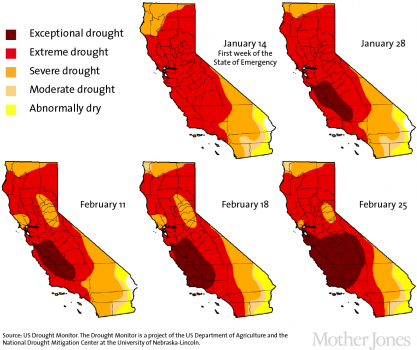 California drought levels have risen exponentially. This diagram shows how severe the drought became in a short period of time.