Trending Now
You are at:Home»Features»Shu, God of Air: Wind Power vs Fossil Fuels

The Egyptians had it figured out pretty well. With energy I mean; clean energy (not that they had ever heard of crude oil back then anyways). They turned to nature and discovered that the wind could help them fight the strong current of the Nile River as they were traveling south. Praise Shu! No more unnecessary rowing and sweating! The people lived happily ever after as their boats sailed along the river fast and efficient.

So what happened? A couple of thousand years later and we are now sweating to clean up the disastrous oil spill at Refugio – ecosystems destroyed, oil covered dolphins, sea lions and pelicans washed ashore, and locals outraged by the slow response. It’s about time that we; like our Egyptian predecessors, look at nature again and critically re-think our energy supply…

What can wind do for us that fossil fuels can’t? 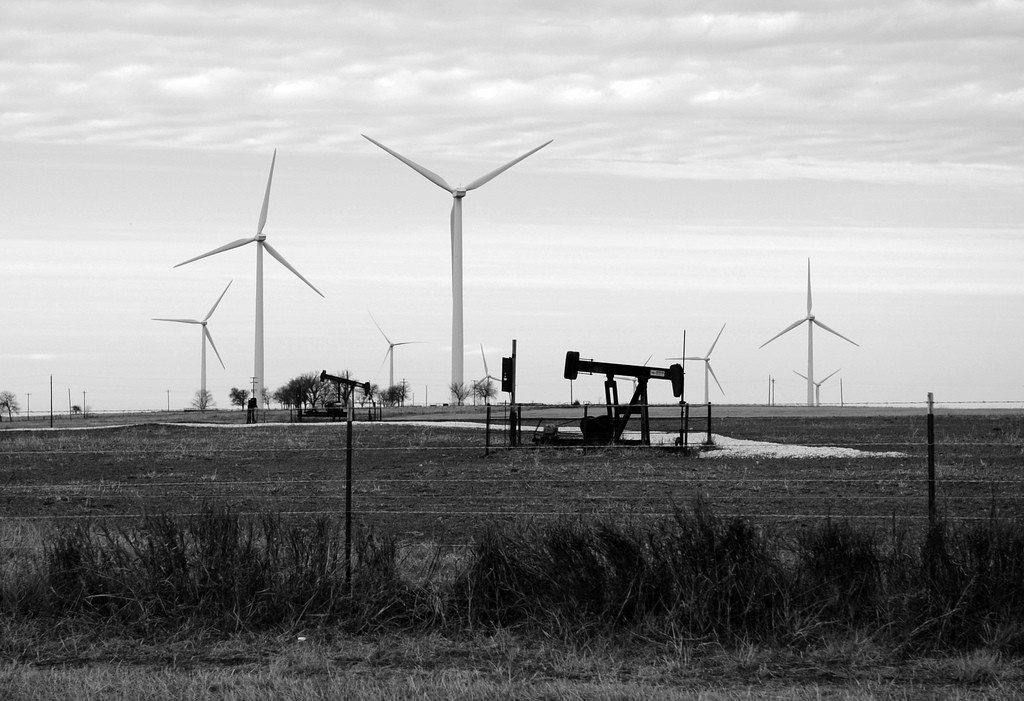 Wind Can Save the Environment

The way wind turbines work is relatively simple. It’s the opposite of how a fan works. Instead of plugging in the power cord and feeding energy to the fan so it rotates its blades and blows wind; a wind turbine generates energy by having wind push its blades around. The blades then spin a shaft that is connected to a generator, which in turn creates electricity.

The process of extracting fossil fuels from the ground is quite a different story. Not only is it a rather complex process, fossil fuels eventually need to be burnt in order to obtain the energy. And while being burnt the fossil fuels emit several gases, such as carbon dioxide, that heavily pollute the air. I’m sure you’ve heard of global warming. 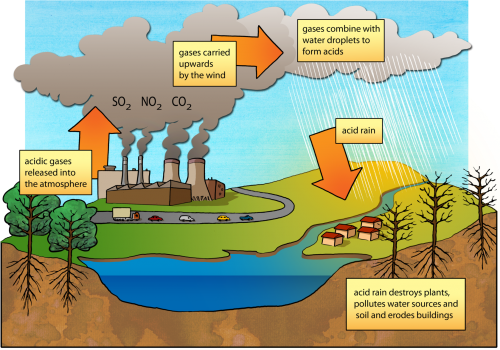 Other impacts on our environment include air quality deterioration and acid rain. This all while risking pipes to break, platforms to explode and lots of oil to spill. Did you know that in 2014, oil and gas companies were allowed to pump about 3 billion gallons of wastewater into underground aquifers – polluting perfectly drinkable water? … Whoops!

Luckily, we don’t have to destroy our environment. According to a recent report called “Enabling Wind Power Nationwide” by the U.S. Department of Energy, wind power could supply 35% of the nations energy demand within the next 35 years (whereas momentarily wind supplies only about 5%). Now that’s forward thinking! In terms of money the report states, “wind power is estimated to provide annual benefits of $9 billion in 2020 and $30 billion in 2030 from air pollution reductions and greenhouse gas emission reductions”.

As you might notice I’m suggesting that the switch to wind powered energy is going to save the environment. That said, there are some factors to keep in mind while thinking about placing massive wind farms and their impact on our flora and fauna.

For instance, how do offshore wind farms affect marine life, you might wonder? I asked Dawn Murray, Antioch’s very own ocean expert. 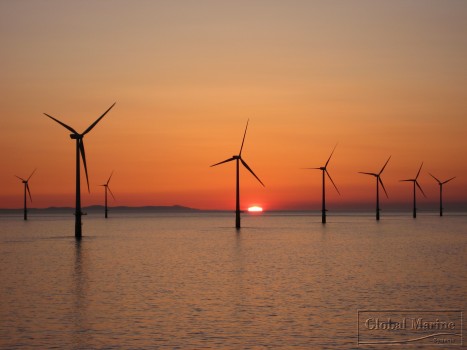 “The construction phase seems to consistently negatively impact marine life, with a high volume of ships delivering material and underwater noise.” Dawn told me in an email. “Most empirical information is from short-term studies, but there is additional documented concern about acoustic disturbances during the operational phase and effects on fisheries, mammal and bird migrations, electrical piping underwater, etc. Current studies have not addressed longer time scale impacts on the complex marine food web.”

Much more research is needed on the long-term impacts of wind farms on the environment. But when taken into account during the planning process, potential negative effects could be reduced, Dawn said. “By avoiding important recruitment habitats, timing construction activities outside of important breeding seasons, using reliable seafloor and habitat maps during planning, among others.”

“While there are unknowns associated with wind power effects on marine life”, Dawn added, “I believe the benefits of wind and solar energy outweigh the risks and we should stop focusing on using fossil fuels.”

Wind Can Save Water

California is bone-dry, and we all know it. But while governor Jerry Brown has forced mandatory state-wide water restrictions and we take shorter showers and letting our grasses grow golden, the oil industry simply keeps on using millions of gallons of water each day.

As a matter of fact, in the process of fracking alone, oil companies in California used 70 million gallons of water in 2014, state officials told Reuters. That’s over 191.000 gallons of water a day! Or in terms of average showers that number reaches over 11.000. A day!

A recent report from the U.S. Geological Survey revealed just how much water is consumed during different processes of generating electricity, as you can see in the figure below. Look at how sky-high fossil fuels reach and pay attention to the wind/solar column. 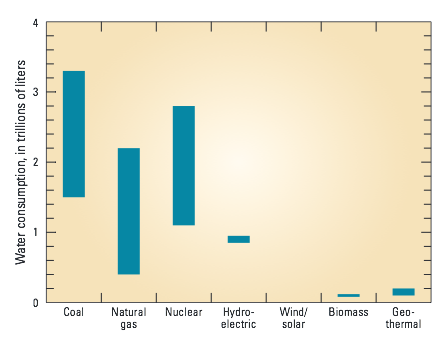 Water intensity of electricity generation measured in liters of water needed to generate one kilowatt-hour of electricity. source: USGS

The only bit of water that wind power uses is during the cleaning process of turbine rotor blades in places without rainfall. That’s it! Considering the drought, we really need to readjust our priorities.

Wind power is getting cheaper and cheaper as it’s gaining more attention and technological innovations are increasing. Denmark, world’s leading country in wind energy, already supplies more than 50% of its citizens with wind generated energy. In addition, according to the Danish government, wind energy will cost half the price of coal and natural gas in 2016! It’s already happening; wind is becoming cheaper than fossil fuels.

Not only is wind energy getting cheaper, it’s also projected to support “375,000 (American) jobs in 2030 and $1.8 billion in local tax and lease revenues in 2030.” According to the report “Enabling Wind Power Nationwide” that I mentioned before. In California wind energy already supported up to 3000 jobs in 2014.

Click here to find out more facts about wind energy per U.S. state!

Soon, dirty and expensive fossil fuels will have to make room for clean and cheap wind generated energy.

Fossil fuels such as coal, oil and natural gas are quite old; they’re fossils. This is the short story: fossil fuels were formed about 360 to 299 million years ago during the Carboniferous Period (carbon is the basic element in coal and other fossil fuels). Trees and plants died and formed a layer called peat. This peat was pressurized over hundreds of years and finalized into what we now call fossil fuels.

These fossil fuels are hidden in the ground somewhat like a chocolate bar tucked into a shoebox hidden in the bottom of a laundry basket. Once found, it will be consumed – and then it’s gone. Companies then have to search for a new place to dig. Until, some day, there’s nothing left. That makes fossil fuels not a very sustainable energy resource. 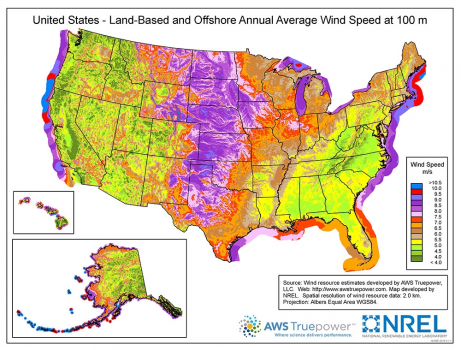 I know, it sounds absolutely bizarre and a little off track. Remember hurricanes Katrina, Sandy and Isaac, and the billions of dollars in damage they caused? According to Mark Jacobson, professor of civil and environmental engineering at Stanford, wind turbines could have saved the U.S. quite some bucks there.

Jacobson developed complex computer models that allowed him to see what happened when a hurricane would hit a massive offshore wind farm. He found it lowered the hurricane’s wind speeds by up to 92 mph and reduced storm surge by up to 79%!

Although Jacobson’s study is first of its kind, it’s an interesting side note to the power of wind (turbines). He explains in the video below. Pretty rad!

Keeping It In The Ground

As our population is growing bigger and bigger, so grows our demand for clean energy. Without clean energy our planet simply doesn’t have a future. We can’t keep on polluting the air and destroying nature with crude oil spills. It’s time we leave the unnecessary sweating behind and remember the power of Shu.

Finally, as of Wednesday June 3rd, the California Senate approved a legislation that, if enacted, will fight for a clean future with less use of fossil fuels. We are headed in the right direction!

All I have left to say is: let’s leave the fossil fuels where they belong – in the ground.