Depression is estimated to affect 350 million people. On average about 1 in 20 people reported having an episode of depression in the previous year. Recent studies show that strength training can alleviate symptoms of  major depressive disorder.

According to studies conducted by the World Health Organization major depression will climb to second place on the burden of disease list worldwide by 2020. In middle- and high-income countries such as America and Sweden it is the number one burdensome disease today.

In America, millions of people suffer from clinical depression each year. According to the Center for Disease and Prevention (CDC) as many as 22 to 25% of American adults over the age of 18 suffer from at least one major depressive episode throughout the course of their life.
Despite the launch of new antidepressant medications in the recent decades, depression still remains under diagnosed and inadequately treated. 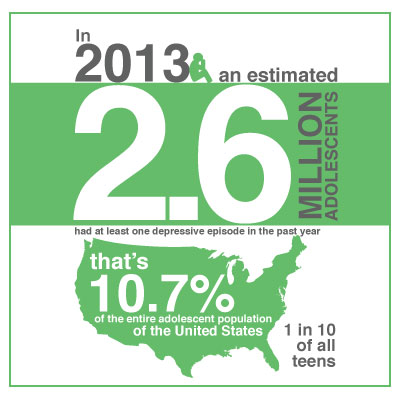 than just feeling blue or having a bad week. It is a serious mental disorder that affects a person’s mind as well as their body. MDD is characterized by constant sense of hopelessness, continuous feel of guilt, and recurrent thoughts of death and suicide among other things. For the clinically depressed everyday activities like eating, studying, and working can be a struggle. According to the Diagnostic and Statistical Manual for Mental Disorders (DSM-5) five or more of the following symptoms has to be present in a patient for a duration of at least two weeks, have a negative impact on their daily functionality, and at least one of the symptoms has to be either
(1) depressed mood or (2) loss of interest or pleasure, to be diagnosed with MDD.

The National Institute of Mental Health (NIMH), which provides access to a wide range of bio medical and genomic information, depression affects nearly 10% of the adult population in the U.S. annually. It is estimated that approximately 17% of the U.S. population will go through at least one major depressive episode at some point in their lifetime. Moreover MDD has been pointed out as one of the leading mental disabilities in the United States, with billions of dollars being spent each year on lost work productivity and medical treatment related to this illness.

According to NIMH, women are almost 70% more likely to get depression over men during their lifetime. It is common for women to have depressive episodes during hormonal changes during puberty, menopause, and pregnancy. Because girls are more likely to reach puberty before boys do, they are also more likely to develop depression at an earlier age than boys. 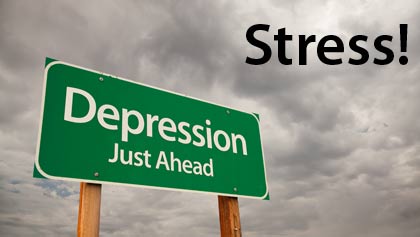 Stress is in fact the leading cause for many of our mental and physical disorders in our fast paced societies. According to a recent press release from the American Psychology Association (APA) like in the rest of the United States, adults in Los Angeles County report that their stress level has steadily increased throughout the past 5 years. Unlike the rest of the nation however 51% of L.A residents report that they are doing enough to manage their stress. According to the same study they are slightly more prone than others to seek out professional help to deal with stress. Most L.A residents also list exercise as their number one strategy for coping with their stressful lives together with music and reading.

There is compelling evidence that strength training contributes to the increased well-being of people with Major Depressive Disorder. Exercise is a behavioral intervention that has shown great promise in alleviating symptoms of depression. Because primary care physicians deliver important mental health services to a great number of depressed patients, several specific recommendations are consistently made counseling these patients on the adoption and continuous upkeep of exercise programs.

When you exercise and lift weights you:

Eating nutritious food should be a must for everyone, unfortunately in today’s society not too many people follow a well-balanced diet plan. The nutrition in the food you are eating is responsible for numerous functions in the body.
Food helps your body to recover and repair itself from daily wear and tear as well as helps your body to fight off diseases and promote growth. Depression can affect appetite and the symptoms vary from person to person. One person maybe doesn’t feel like eating at all while the next person might be grossly overeating.
If you suffer from depression it is even more crucial to be aware of how nutrition affects your body and mind.
Having a well-balanced diet can improve both your mood and your energy levels.

Some types of depression tend to run in families. However, depression can occur in people without family histories of depression too. Scientists are studying certain genes that may make some people more prone to get depression.
Genetic research shows that the risk of getting depression depends on several genes acting together with environmental and other factors. In addition, trauma, loss of a loved one, a difficult relationship, or any stressful situation can also trigger a depressive episode. However depressive episodes may also occur without an obvious trigger.

People with depression need more information and knowledge about their mental illness in order to be able to discover and explore different non-medical treatment options. This can be attained through creating and promoting awareness of major depression, its possible causes, and its implications on people’s lives.

It is furthermore important to let people with depression know that having depression isn’t shameful. It is a mental disease that a lot of people experience and there is help to get out there, the sooner they seek treatment, the sooner people can help them carry their burden.