Trending Now
You are at:Home»Features»Social Justice»The Dark Underworld of The Migration Crisis

Look around you, what do you see? A cup of coffee from Starbucks? Your sofa? Maybe your laptop on the table.

If right now I would ask the same question to people who live in Africa they wouldn’t see the same. They would see the streets of their hometown littered by countless bodies, the children looking in the trash for some food, or the graves of their relatives who died from an unnatural death. This is why, every day, thousands of hundreds of desperate people try to escape their harsh reality looking for a better place to call home. In fact, in this exact moment that you’re reading this piece, an endless number of people are risking their lives trying to get into Europe. 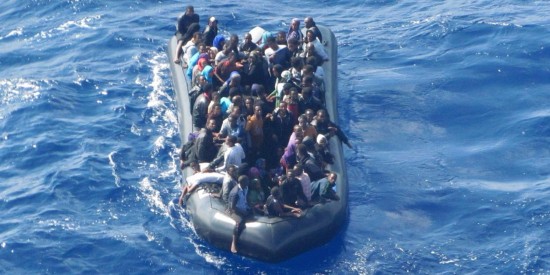 The Beginning of the Journey

A plane from Africa to Europe generally would cost around 2000 Euros, and it would take approximately 11 hours to reach Europe from, for example, Eritrea. However, immigrants, for obvious reasons, cannot travel by airplanes so their journey, which includes boats, trucks, and miles and miles by walking costs between 10.000 to 15.000 Euro, and it can last more than a year, if they do not die in the attempt.

Most of the people who want to arrive in Europe are from the horn of Africa, such as; Ivory Coast, Senegal, or Niger. This means that, first of all, they have to reach Tripoli, which is in war-torn Libya, and then take a boat that would bring them to Italy. However, before arriving to Libya, they have to go through the Sahara Desert. Hence, almost every immigrant goes to Agadez, which is in Niger, because it is the last city before the desert. From there, they pay traffickers approximately 30 Euros to get into a truck that would bring them to Tripoli. The risks in this journey are incredibly high. In fact, the travel time lasts three days, and the people are forced to stay cramped alongside one another under the sun for more than 18 hours a day.

Usually each truck carries more than 120 people, and this means that many die in the inhumane conditions. Moreover, the biggest risks consist in land-mines which are beneath the ground and can explode at any time, Libyan militaries which arrest the immigrants, torture them, and imprison them for long periods such as 10 months, and lastly also criminals who steal the few things that these poor people carry with them, or human traffickers who take the immigrants and sell them as slaves. 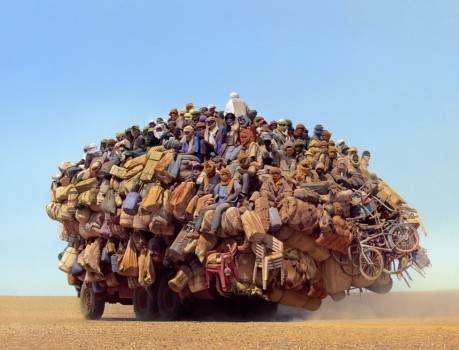 Once they have reached Tripoli, the immigrants, must find some other traffickers who they will have to pay in order to be brought to Italy by boat. However, many times, traffickers would promise to the immigrants a safe travel to Italy, and then, once alone with them, they would kidnap them and ask a ransom to the families who are already in Europe.

This means that, if an immigrant doesn’t have someone who can afford to pay the ransom, which usually is around 1000 Euros, he would be killed after being subjected to torture for days. However, regardless if the ransom is paid, the immigrant is likely to be killed anyway, this highlights the relentless ways of the traffickers. Sadly, this kind of organization has branches all around the world. In fact, even though usually they are based in Tripoli, they have many members who work in Europe in order to collect the ransom’s money from the families who have already made it to Europe, such as; Italy, Sweden, or Germany.

If an immigrant is lucky enough to survive the Sahara desert, Tripoli, and a journey on a boat with hundreds of other people with no water, food, or medicines he will eventually reach Italy where, sometimes, from there will try to reach other European countries, such as; Germany, Sweden, or England. However, not only adults have to go through such tragedies. In fact, many parents decide to make their sons or daughters take these boats in order to try to ensure they have a better future. 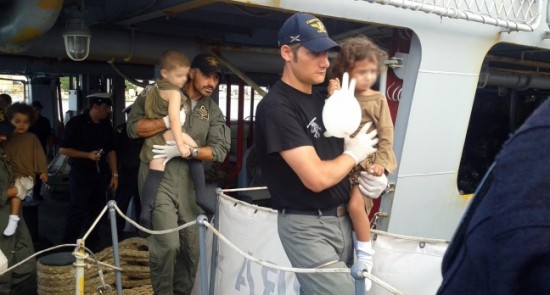 However, as soon as these kids, who usually are around 4 to 7 years old, are in the hands of the traffickers, the parents are asked to pay three times, after that they have already paid, the normal price, which usually is around $2000. Unfortunately, most of the time the parents of these children cannot afford to pay $6000, so they would trade their freedom, becoming slaves for the traffickers, in order to give to their sons a chance for a better future. Moreover, often traffickers also rape, and torture kids for the entire time of the travel to Italy, which usually last many, interminable, days.

What happens to them once in Italy?

Once in Italy, if caught from the authorities, the immigrants will be placed to specific locations where they will be taken care of with medicines, food, and any kind of help. However, few times, immigrants want to reach other parts of Europe and once in their final destination, they would ask for political asylum in order to not be sent back to their countries. This means that if they stay in Italian facilities for too long they will be considered as Italian’s political 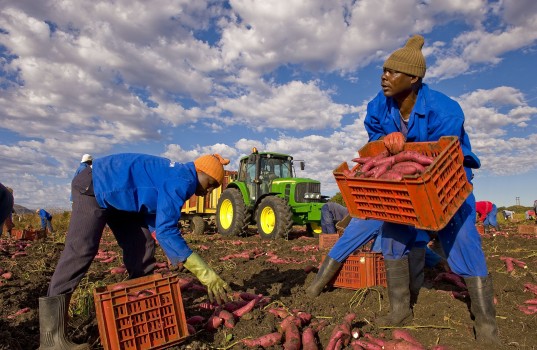 Immigrants working in Italian fields for $1 a day: with an average of 15 to 18 hours a day

refugees and so they would lose they privilege to be political refugees in the countries that they actually want to reach. Hence, usually after a while immigrants run away from Italian facilities, starting again their journey to their final destinations. However, with no money, and no knowledge of the Italian language usually they end up working in the fields of Sicily where they get paid approximately $1 a day for 15 to 18 hours of work. After that they collect enough money to continue their journey they would try to reach Rome by train and then pay other traffickers to get to Milan where they will need to pay, approximately 700 Euros, to other organizations that would bring them, by car, to Germany.

In Milan, usually, immigrants have to work, for criminal organizations, for months before they can afford the journey to Germany which costs 700 Euros. Once they collect enough money they will pay the traffickers and get into a truck with other 20 people for more than 7 hours without ever stopping that would lead them to Fussen, Germany, where they will be abandoned in a random place. From there they will need again to pay someone to get somewhere else. In other words, further your final destination is and more expensive and difficult it is.

What about the ones staying in Italy?

Many immigrants, however, decide to remain in Italy and build a new life there. Once registered each immigrant will receive 900 Euros a month for person expenses, plus 900 Euros will be paid to the hotels that will accommodate them, and 600 Euros to cover insurance expenses. This means that Italy pays 2400 Euros per immigrant a month, making it a total of 12,6 billion a year. Considering that each year more than 50.000 immigrants reach Italy, and that only from Libya there are around 25.000 departures per year, it is surprising that Italy is still able to afford, without any kind of help from any other European countries, to accommodate and rescue the immigrants. 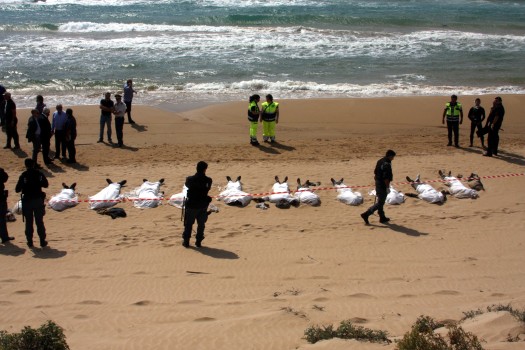 Dead immigrants on the coasts of Italy, someone who did not make it.