Trending Now
You are at:Home»Features»Today’s Inmate is Tomorrow’s Neighbor

The United states incarcerates more of its citizens than any other country in the world. The American criminal justice system currently holds about 2.3 million people in correctional facilities. United States accounts for 5 percent of the world’s population and shockingly holds nearly 25 percent of the world’s prisoners. The war on drugs has contributed to the problem of mass incarceration in the country. Nearly 50 percent of prisoners are behind bars due to drug related charges. What is more shocking, is the fact that minorities continue to be overrepresented in correctional facilities. Offenders tend to come from disadvantaged populations, which lack resources and tend to be less educated. At least 95 percent of people incarcerated in state prisons will released back to their communities. Reintegration to society has and continues to present problems to many paroles, due to lack of resources and support. Recidivism programs, also known as “reentry programs,” have shown effectiveness in reducing recidivism by helping out those who have broken the law to have resources, education, and support.

Racial disparities in the prison system continue to be a social issue in the country. Minorities account for more than half the amount of people behind bars. In the United States, Hispanics and African-Americans account for 28 percent of the population in the country. According to Pew research, in 2016 blacks represented 33 percent of sentenced prisoners and hispanics represented 23 percent of inmates. In 2010, blacks were incarcerated at six times and Hispanics at three times the rate for non-Hispanic whites.

Those who are incarcerated tend to come from disadvantaged segments of communities. Offenders on average are less educated than the general population, many have drug and mental health problems, which makes them more vulnerable to re-offend. Lack of education plays a significant factor in recidivism. About 40 percent of prisoners lack a high school education. Sixteen percent of prisoners have a high school diploma. 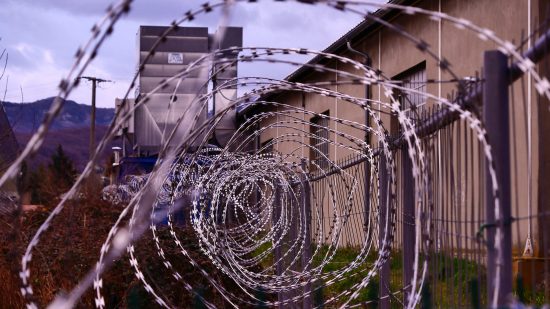 There is strong evidence that prison education programs help reduce recidivism. RAND Corporation produced a report in 2016, the findings reported individuals who participate in any type of education program while in prison 43% less likely to reoffend than those who did not. Integration to communities tends to be a difficult transition for most released inmates. Local programs such as Interface Children & Family Services, which is located in Ventura County, are contributing efforts to reintegrate released inmates to their communities and wrap them around resources and support. Interface current project is a four year project will serve 400 adults on formal probation in Ventura County. The project is two years in. The project so far has showed success in keeping over 70 percent of those currently in the program drug free, integrated in their communities, and away from jail.

Homeboy Industries is the largest gang intervention, rehabilitation and reentry program in the world. It was founded by Gregory Boyle, also known as Father Greg, in 1992. Father Greg saw people in need of help and willing to stand with them. Homeboy Industries has served almost 7,000 members of the the immediate Los Angeles Community. It welcomes people and offers them opportunities to transform their lives. Father Boyle is an iconic figure. His methods should be adapted and used country wide.

“We work with the population that nobody desires to work with, and it’s a principle of this place that we stand with them”–Father Greg

Incarcerated individuals often find themselves without financial resources or social support systems upon their release from prison-therefore are more vulnerable to committing criminal acts rather than becoming reintegrated into society. Local programs like Interface Children & Family Services and Homeboy Industries, help individuals who have served time feel supported, educated and encouraged to be successful in their life after release. It is vital to contribute to the valiant efforts of the non-profits mentioned. More work needs to be done to minimize the vicious cycle of recidivism. In a study, having a criminal record eliminates 50 percent of a call back or job offer. Creating more jobs that are friendly to offenders is a great way to help with this social issue. Awareness, education and support are tools needed to reduce recidivism. Communities who stand together will thrive together.

I am proud to say, I am in my last quarter at Antioch! My concentration is in Psychology, and planning to enter the Masters program. I was raised in Oxnard, Ca. I have a beautiful eight year old daughter, Brianna, whom has given me strength and confidence to peruse my education. I am humbled and over overjoyed by my experience at Antioch. I look forward to my future and the opportunities that lie ahead.