Trending Now
You are at:Home»Current News»Community»Would You Still Get a Tattoo?

You can’t judge a book by its cover, but our society unfortunately still does it. In fact, it is not uncommon to find discrimination within some workplaces.

23% of Americans today have a tattoo

Too often we stop at appearances, and judge people by their look– either based on the clothes owned or on how many tattoos someone has on his/her body. Of course wherever we like a tattoo or not is completely subjective- we can like a person for his tattoos because they look nice or because we understand the meaning behind it. 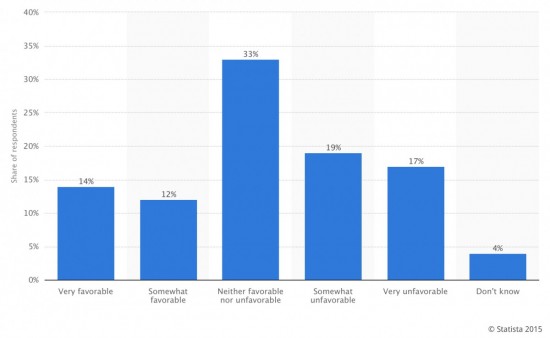 The US still has an undecided opinion of tattoos, but attitudes are changing as they are slowly being seen as art

In the past, tattoos were mostly related to sailors, prisoners and rock-stars. Today, the trend of tattoos and piercings has become very contagious, from the 16 years old teenager who wants to look different to the 40 years old business man. Tattoos can be made for many reasons, such as; they are cool and they are trendy, or because they have an important meaning for us.

Having prejudices toward tattoos mainly occur in the workplace. Luckily, there are still some work fields where people are more open-minded about it such as, fashion, advertising, architecture and retailers. For instance, in the fashion business there is not discrimination against people with tattoos and piercings.

On the other hand, people that work as bankers, police officers, doctors and businessmen are more likely to fall victims of prejudices and discrimination. In fact, in the business world having tattoos can still be an obstacle when looking for a job — professional skills and experience seem to be less important than the way that someone looks.

According to a new study conducted by Dr. Andrew Timming of St. Andrew’s University School of Management in Scotland visible tattoos in the workplace remain a stigma. Timming and his team interviewed 15 hiring managers of 14 different organizations. 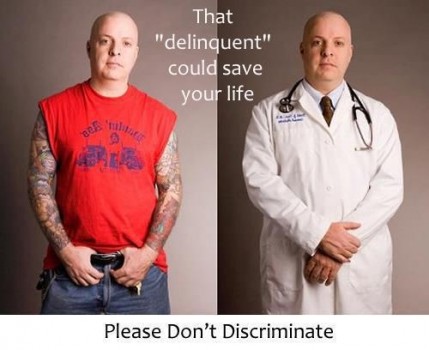 The foundings proved that visible tattoos still remain an issue for most people who are searching for a job. The majority of the managers judged unacceptably the presence of one or more tattoos on the body of the candidate. Managers said that they are personally in favor of tattoos, but they sill have to refuse to hire people with them because of the expectation of the customers.