Sleepy, hungry, full, very sleepy, repeat. This cycle can describe my relationship with food for most of my life. The fact that food is our fuel was a concept that stuck by my side on a daily basis, but for many years I didn’t make the connection between what foods I was eating, and whether or not they were actually giving me fuel, or just making me feel full. The way each person manages stress is different, as are the problems from which the stress derives. The way I process stress is generally through lethargy, which for many years I tried to cure by reaching for food that was working against me rather than for supporting my productivity.

For twenty years, cheese had been my go-to food. That’s an understatement— cheese was the love of my life.

When I first decided to give veganism a try in October 2017 it was mostly based on the realization that eating cheese isn’t necessarily unhealthy in every way, but I definitely had an unhealthy relationship with eating cheese. Even as an omnivore, I always chose the cheesy option over anything with bones so meat was extremely easy for me to cut out of my diet from the start. I accepted the challenge to omit animal milk-based cheeses because I don’t like the idea of being addicted to anything—even if it is a food group.

Two years of plant-based eating provided me with extensive knowledge and creativity when it comes to making a dish taste and feel cheesy (and meat, but mostly concerned about the cheese). Having tried every nut-based cheese recipe on Pinterest and perfecting my own imposter cheeses, I finally felt like the impossible could be possible for me—could I venture beyond my vegan dreams and go raw? 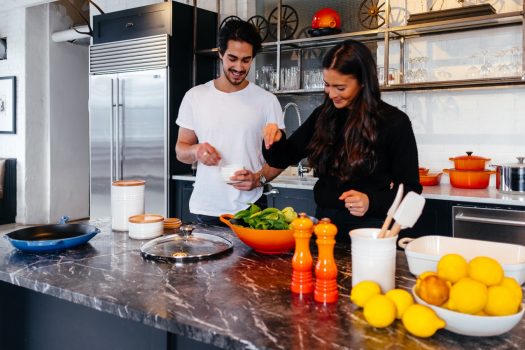 My inspiration for trying a raw diet initially stemmed from my desire to destress the old fashioned way: a vacation; specifically a yoga retreat in a remote area of Costa Rica. The goal was not to change my body to be “bikini ready” on the exterior; it was primarily a test to see if I would survive (or thrive) on raw meals for four days of this retreat. I don’t like referring to my change in food choice as a raw food diet because that word inspires the idea that the choice and modification is either a fad that doesn’t really work, or an effort made particularly to lose weight. Dropping a couple of pounds is a nice side effect of the work that goes into maintaining a raw diet, but for me, there was an even more valuable side effect: a greater ability to focus while working (on assignments for school, and at my desk job).

The increased focus and productivity I noticed within two weeks of eating raw can be attributed to the diet in two ways: the first is because I learned to ignore my cravings for junk food, and the second is because of the influx of clean fuel (fruits, vegetables, and significantly more water) that my body was able to use toward getting things done.

As soon as I decided that cooked foods were a hard “no” for a couple of weeks, I stopped daydreaming about what I was going to make for breakfast, lunch, and dinner. In turn, the recipe dreaming stopped and so did a lot of my cravings. I made sure to stay full on the raw foods that I found to love: hearty salads, raw soups, and raw veggies with guacamole were some of my favorites. As long as I was sure to have at least one of those things at hand (and stayed out of restaurants), the cravings for my other favorite foods kept their ugly heads hidden. As a result, my mind started to direct a more intense focus on the tasks at hand.

The decision to try eating all raw, or even mostly raw food can be challenging, but more so for some than others depending on your original eating habits. Dipping my feet into veganism was the most helpful first step toward my ability to change the relationship I have with certain foods. Instead of focusing on the weight results of this diet, paying close attention to the way raw food made me feel mentally has helped me with stress management – especially academically. Since returning from Costa Rica I have also returned to many of my favorite cooked recipes, but I haven’t forgotten what I learned about my body and brain while I was choosing raw meals. Sleepy, hungry, fuel, happy, repeat. This is my new cycle—but cheese and I still struggle with our relationship from time to time.

Makenna Backovic is a California native now pursuing a Bachelor's degree in Liberal Studies at Antioch University in Santa Barbara. Previously, Makenna studied Environmental Science at Humboldt State University where she discovered her passion for writing, and was recognized by the department of English for her exemplary portfolio of Composition and Rhetoric. Eventually, this lead her to study writing of sketch comedy at the Upright Citizens Brigade in Los Angeles. Enthralled with all things wellness, Makenna strives for her creative work to inspire further exploration of the relationship between nature and personal well-being.