Trending Now
You are at:Home»Lifestyle»Health»How Running Changed My Life

When my sister invited me to run the San Francisco Half Marathon, I was a 24 year old college dropout who spent more time smoking weed than anything else. My life was run by two things: my depression and my anxiety. I used the pot to appease my anxiety, but I isolated myself because of my depression. Over time I lost my friends. Not for any specific reason,  I just never called or answered my phone. My parents, my brother and my sister all knew I was hurting, and I think that hurt them too.

My sister told me she had signed up for the race, and that I should consider it. I knew in my mind that there was no way I was going to let her do a half marathon  without me. I’m far too competitive. I was supposed to 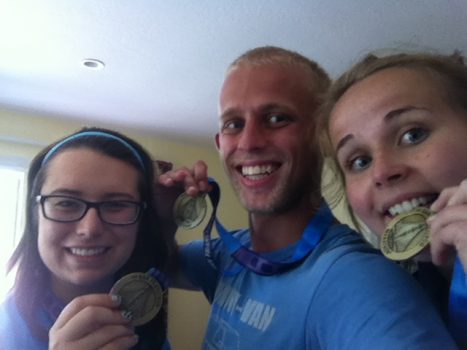 be the sporty one in the family. Growing up I had always seen myself as a little bit a sports stud, but I hadn’t played any sports in years. I was far from healthy. Over the last couple years I had undergone back surgery, an appendectomy and an orchiectomy (removal of a testicle) as a result of a post-surgical infection. I felt like the cards were stacked against me, and I gave up. I gave up on school, on sports, and on my life. I was drinking often, smoking a bunch of pot and really just focused on getting by. It was hard to snap out of it. I blamed myself, but at the same time I fed into it. Looking back, I feel a lot of regret and shame. I sometimes wish I could do it over. But I can’t take back what I learned from the experience. That pain was real and guided me to the person I am today. I was lucky though, I was introduced to my new hobby—running.

When I signed up for the race, I didn’t think I had made a life changing decision. I ran it, 13.1 miles, and that was the longest I had ever run. The only training my lungs got before the race were the inhales and exhales of marijuana smoke. It felt awesome and terrible because it was fun and tough, but one thing kept eating at me. Why are there thousands of people that are faster than me? I knew I would make it to the finish line but parts of me were hoping for an epiphany or deeply emotional moment as it happened. It didn’t come. I was proud of myself when I crossed the line, I knew it was an accomplishment. But, I looked around at the people around me. I was getting absolutely smoked by people regardless of their sex, age, weight. It really made me question what the hell I was doing with my life. What the hell had happened to the guy who dreamed of playing professional sports growing up. Was this the kick in the ass I needed? 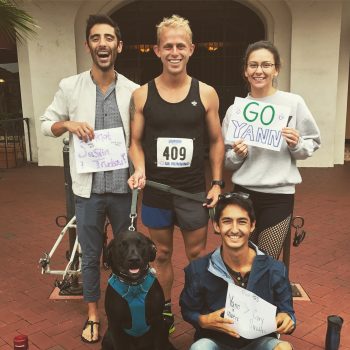 In the following days I petitioned to reapply to the local community college where I had previously been academically disqualified. That means I failed out. I got back in though, and signed up for a couple courses part-time, and an additional running class as well. The running class was amazing. I had an awesome instructor and a great crew of people I now call friends. It broke me, it tested me but it pointed me in the right direction. At the end of the semester the Head Coach of the Track and Field team invited me to join them and tryout for the team. This was a huge decision I had to make. Joining the track team meant I had to put away the bong and enroll full-time at the college. Needless to say, this decision scared me. Going back to school in general was a big fear of mine. I had never fit in. I always was distant socially, but more importantly I never thought my self to be capable of being an attentive and focused student. I had been told my whole life that all I do is bounce of walls. It was different this time, I finally had some new found confidence. I had a renewed belief in myself and my dreams. 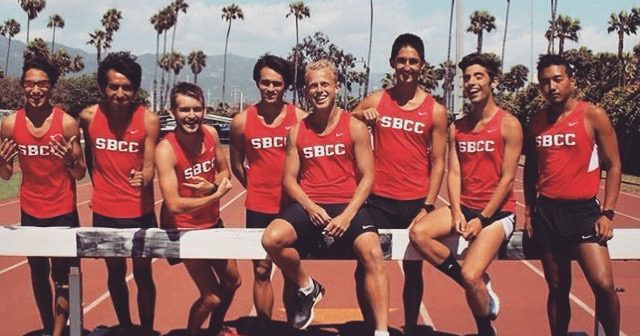 Over the next months running taught me patience, consistency, hard work, determination, teamwork, communication, focus. It taught me to control my urges, manage my anxiety, refocus my frame of mind. Like a spiritual experience similar to that of mediating, I through running have followed my own personal path to nirvana. The kid that could barely sit through class in high school without some sort of emotional outburst or cry for attention had finally found a cure to what everybody else just called A.D.D. Running taught an insecure boy with anxiety filled thoughts to shut his mind for two hours. This allowed me to get on the honor roll and transfer to a University. Finally, at the age of 27 I can say that I am one quarter away from graduating with a 4.0 GPA. and I have a revitalized view on life. So now when I have a tough day, and I’m thinking I don’t want to run or work. I think back to how my life has changed. I think back to the relief running has brought to my life. I am thankful that running made me a better person. Most importantly, I am grateful that it brought me back closer to my family.

If I can suggest anything to anyone that experiences stress, anxiety and depression. Focus on your health, eat healthy, practice physical activities. Take care of your body and it will take care of your brain. The links between physical and emotional health are to big to ignore. It sometimes just takes a kick in the ass and a small boost of confidence to shake what’s been rattling us. Don’t hesitate to ask for help, and don’t feel ashamed that you need it.