My brother Abril and I came home on the last day of high school before summer break to find our Mom watching the Breaking News: another body found by the nearby lake, tongue cut out.

Our mom gasped and looked at us. “Oh my boys! You two have to be careful. This is the second body found this month. You make sure to keep your cell phone ringer up and answer when I call. And Zayne!” She stared at me, pointing with one long fingernail. “You make sure to check in with Abril a lot.”

One body was a murder. Two meant a serial killer. The victims were high school students, both with their tongues viciously cut out. Both from our high school. The town was on high alert and scared for the safety of the students.

I didn’t know it yet, but this was just the beginning of the summer of terror that shook Brightville.

Brightville is a small town, one where everybody knows each other’s last name and if you get pulled over by the sheriff most of the time you get a slap on the wrist because he’s good friends with your family. Neighboring Brightville is a city called Metville, with Lake Skyra between the two towns and a canal that splits Brightville down the middle.

It rains a lot in Brightville so they built the canal thirty years ago to drain into the lake, or maybe it was something about resources, I don’t know. They’ve tried to cram the town’s history into our heads ever since pre-school. But I wasn’t as worried about learning the long list of dates and names as I was about looking after my brother.

Abril has a bad stutter. He’s had it for as long as I can remember. When we were growing up, kids used to bully him and mimic the ways he talks. Saying things like, “A-a-abril,  wh-wh-whatsup?” I would always try to stick up for him when I was there, but lately I haven’t been there as much. See, I have a girlfriend, Maryanne, whom I have been in love with ever since she moved in next door when we were ten. So I spend a lot of time with her, and because Abril didn’t have many friends, he’s been pretty much alone.

The next morning I woke up to Abril entering my room, frantically pacing, anxious.

Abril explained that the first murder was a girl who we went to middle school with. She had gone to the high school in Metville last year, but recently transferred to our school. The latest victim was a popular football player.

“G-good riddance I n-never liked either of them, they used to m-ma make fun of me,” said Abril with a smirk. He was on his way to his summer job at a convenience store near the lake. Ignoring his remarks about the murders, I yelled “Be careful! And call me later. I’ll pick you up.” 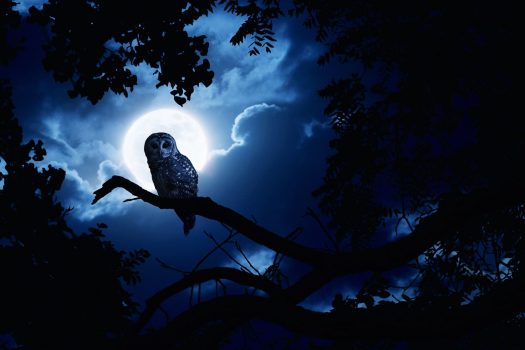 Later that night, waiting for Abril to get off work, I noticed it was  particularly cold and silent. The wind had no voice even though it was blowing at 30mph. The owls that overlooked our city at night had no curiosity in their eyes, but instead a cold stare, as if a warning of what was to come. I thought to myself about how ironic it was that the town is called Brightville when it felt so dark and ominous. I jumped when my phone rang. It was Abril asking me to come pick him up at the lake.

He climbed into my car sweating and breathing hard, as if he was being chased. I noticed that he had a deep cut on his arm “How’d you get that Abril, are you okay?”

“L-Leave m-m-me alone, I-I f-fell w-why d-do you c-care any-anyway w-worry about your g-girlfriend,” Abril said aggressively. He then covered his cut and told me to hurry home because he was tired.

Our mom woke us up the next morning with more Breaking News: a girl had survived an attack by the Takeaway Killer the night before. She described the situation as the most terrifying moment in her life. Face-to-face with a killer who had her pinned down by Lake Skyra. With a long box cutter in hand, he tried to slash her face but instead cut her arms as she wrestled him away. She said the killer wore a hoodie and it was so dark that she couldn’t see his face. She remembers him telling her she did not deserve to live.

“He had a stutter,” the girl said, her voice shaking with fear. She was able to grab a piece of broken glass that she jammed into the killer’s arm before scrambling free and making a run for it.

No one would have ever thought it could be Abril, least of all me. Still. I couldn’t help but wonder about the cut my brother had on his arm. The stutter…

Could they be connected? Could my brother be The Takeaway Killer? I swiftly dismissed the thought. There was no way I was living with a serial killer. No way it was Abril. Abril was scared of most everything. That’s why I always had to look after him. The last thing he’d do is go out and start killing people.

Two weeks passed with no murders, and one day when Maryanne and I were hanging out, she brought the murders up.

“Don’t you think it’s odd that the killer has a stutter? And that Abril works near the lake?” she asked.

I looked up and saw Abril standing by my door, frozen, a shocked expression on his face. She laughed it away and told him she was joking. He clenched his fist and grinned, teeth clenched, but didn’t say anything.

A couple days later, Maryanne had a visit to a prestigious university in Metville. On her way back to Brightville she called me to tell me how lovely it was, and that she was excited for the new year to come. Before I was able to get the details of her trip she told me her phone was dying and that she would see me when she got home.

I waited all night for Maryanne to call me back. When I didn’t hear from her,  I assumed she was tired from her long day and went to bed.

I woke up the next morning to over 100 messages. My mom burst into the room, crying hysterically. News reporters and police were crowded outside my house. I looked over at the TV to see my house is on the Breaking News. And there I was on the news, too, a picture of my face blurred out next to Abril, and a bold headline:

My heart dropped. The photo of Maryanne, the love of my life, the latest victim. My brother, a serial killer who died trying to kill my girlfriend. None of it seemed real. It was as if time stopped and it was just me and all the signs I had ignored up to this moment.

From what detectives concluded, Abril knocked Maryanne unconscious at the convenience store and dragged her out to the lake. Just as he stabbed Maryanne, she regained consciousness and was able to hit him in the head with a rock. They both slowly bled to death. They realized Abril was the Takeaway Killer after looking through the convenience store’s camera recordings and witnessing each victim come to the store the day they were murdered.

Was it my fault? Should I have told someone that I suspected my brother a few weeks earlier, when he had the cut on his arm? Because I chose not to act, my sweet Maryanne was taken away. I’ll always wonder if it could have been different, but it doesn’t matter now. I lost everything.

I haven’t talked to many people since the incident happened. I keep my head down. People started bullying me and blaming me for the murders. Part of me understands why Abril did what he did to the people who bullied him, even though Abril hurt me by taking Maryanne from me. Not that I’d ever kill anyone, no way. But I now understand the frustration and humiliation he must have gone through.

See, Brightville’s a small town, the one where everybody knows each other’s last name. Even if it’s easy to forget that we don’t know much else than that. But now I have a new last name—the Takeaway Killer’s brother…

E’lontay Sumpter was born in Los Angeles, California. He is a full-time student majoring in management with Associate's Degree in sociology and liberal studies. E’lontay is currently writing for Odyssey. The curiosity of E’lontay brought him this far in his education. He believe that storytelling is what connects people, and hopes his story and stories will have a impact for the greater good.