Trending Now
You are at:Home»Current News»Environmental»Dean and Jojo: A Unique Friendship

How awesome would it be to have your own personal dolphin  friend? Dean and Jojo can actually answer that question.

Dean Bernal is an adventurous man that graduated from the University of California Santa Barbara in Communication, Environmental Studies and Sociology. After his studies in 1981 he moved to the Turks and Caicos Island in the Caribbean where he met a wild dolphin who he named Jojo. Since then the two have established a unique and loyal friendship that unexpectedly brought lots of public attention nationally and internationally. 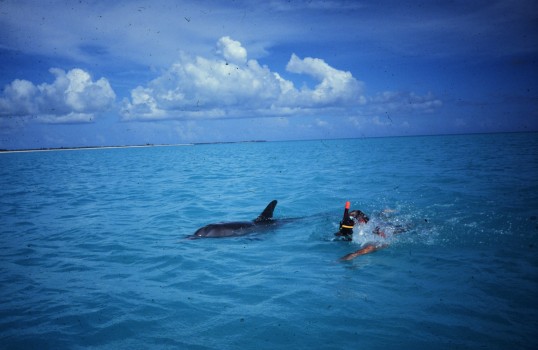 Dean and jojo up to some adventures

Dean has spent all his life protecting the environment and its creatures specifically marine mammals all around the word. He is now the Executive Director of the Marine Wildlife Foundation USA Saratoga, California, founder of different research projects and author of many books. He collaborated with celebrities such as Robin Williams who has helped him in creating more awareness by making a documentary “In the Wild: Dolphins with Robin Williams” (1995). Dean apart from publicity and media has the main mission to create awareness around the world so that people can learn that dolphins are intelligent mammals that have feelings and deserve to live in their natural habitat. He believes that even animals who live in captivity should be set free; who are we to put these beautiful creatures into entertainment parks or zoo? How we would feel if someone takes us and lock us into a room for the rest of our life? We would surely feel miserable. 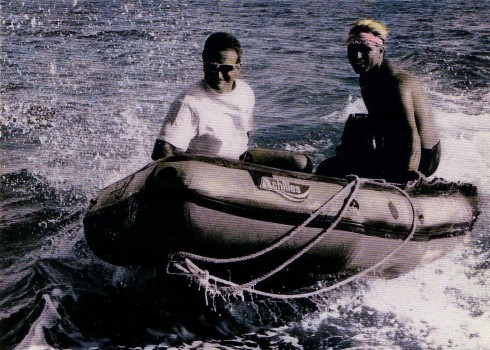 The Making of the Documentary with Robin Williams 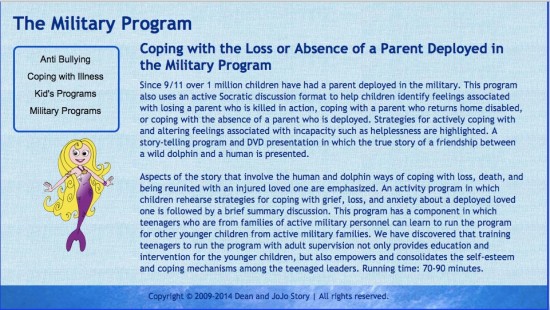 Dean is a man of many resources, he created projects that involve animal therapy for children who have been traumatized with the loss of someone they love and are coping with grief and anxiety. One of them, the Military Program, was founded after 9/11 with the mission of helping kids in struggling with the loss of a parent that died during that event. Dolphins provide therapy because they are very emphatic and help children dealing successfully with grief and anxiety by making them laugh with their whistle and jokes. They have a way of connecting with humans because they are smart enough to feel their emotions.

Dean believes that being in contact with nature and animals reminds us of the beauty around and helps us disconnect from society. Stay away from phones and computers for at least a couple of hours during the day is important in order to appreciate the surroundings.

Dean’s life in the Caribbean hasn’t been always easy; when he became good friends with Jojo many on the Island were complaining about the fact that the dolphin was dangerous. The truth is that Jojo did not like to be touched by others and people seemed only to be interested in that; so after many complains the government of the Island decided that Jojo had to be killed or go somewhere else. Dean started an international campaign against the request and gladly won and became Jojo’s official protector. Since then no one has ever tried to divide them. During the years that two have become the guardian of each other, Dean several time has saved the dolphin’s life when he got struck by boats or caught in nets, and Jojo has saved Dean who several times got almost attacked by sharks. 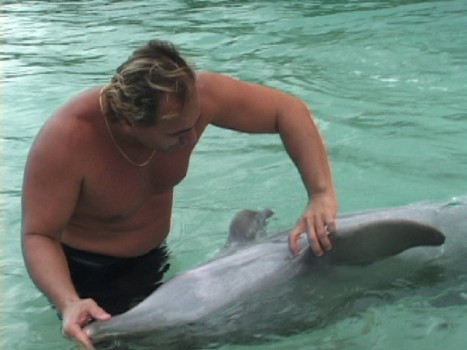 Dean is helping Jojo who just got injured

Dean, thanks to Jojo, has discovered the secrets of the ocean and was able to swim with whales and sharks but always under Jojo’s supervision, because the dolphin always made sure to keep him safe. Jojo also has a funny personality; he has always been very possessive towards Dean; when he was giving diving classes Jojo was always finding a way to distract Dean and the group of people by bringing sharks to scare everyone or he would take Dean’s items so that he was not able to work. At some point the other instructors were so tired with the situation that they made Dean play with Jojo while they were working with others. The fun part was that while doing that Dean was getting paid. He was more than happy to do it.

The dolphin inspired him to start a company named “The Dean and Jojo Company” in 2006 with the ambition to protect the dolphin legacy, and with the support of friends and experts; Dean has made giant steps in helping to preserve the Marine wildlife. Dean with the goal to educate people, make documentaries to inform and make people care about our natural surroundings specifically the marine wildlife, represents a change in the world. His passion and remarkable experience with Jojo has made him one of the most famous experts of marine mammals and yet Mr. Dean is a humble, optimistic, and down to earth man. Him and Jojo are an example of how human and nature can bond something special and precious. They are a united family who principles are based on respect, fun and love.

Thank you Dean for working so hard to protect the life of these beautiful creatures. 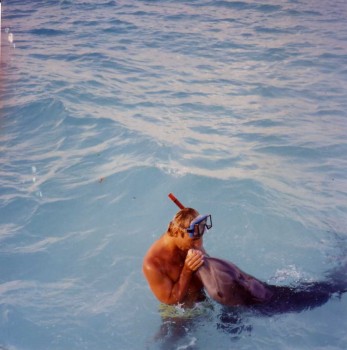 Dean and Jojo enjoying some time in the ocean

For more info about Dean Bernal and Jojo the dolphin go to:

To purchase the book “Dean and Jojo”: