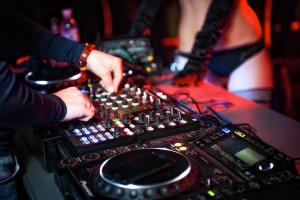 — I walked in a home recording studio on the west side of Isla Vista and I was met at the door with a community of people, mostly fellow musician friends laying back and cracking jokes. Ethan Davis, a producer and drummer for FMLYBND as well as Candyland and his new project, Dropout.

Candyland is an EDM (Electronic Dance Music) group with two members, Ethan and the female half, Josie. Candyland was noticed for their dubstep influenced remixes, but they have grown to writing and producing their own original music. The DJing duo have seen a certain amount of musical success, touring the United States as well as Canada and being signed to a management company from Los Angeles. Candyland also founded their own multi-genre record label called Sweet Shop Records.

“We just started playing live, and got noticed at one of our shows.”

After seeing some success with Candyland, Ethan has started a new project. The three part group is made up of Ray, Selden, and Ethan, all three members have seen noteworthy success in their own solo projects. This trio decided to band together to create an ultimate music producing group, and dubbed it “Dropout“.
I got a chance to sit down with Ethan and go “behind the beat” with him to show how he puts together his engaging and driving beats, which is featured in the video. So far they have released three singles, “So Long” featuring “Z/\D/\”, another one called “More” featuring Ryan Ellis, and a Galantis remix called “Runaway”. 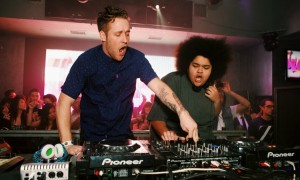 Candyland at a live show

Dropout has a similar genre influence as Candyland but with a Top 40 pop music twist. When I asked Ethan to describe the feel of their band he said,

“We just make music we love.”

The group has yet to release an album, but they are in the studio with a lot of content brewing to add to their three already released singles. With their presence bubbling up to the surface, Dropout is expected to present next-level music in the near future, and definitely should be on your “Artist to Watch” radar.

To listen to their current singles you can find them on their SoundCloud, and become a fan on their Facebook page. 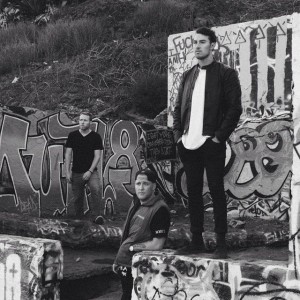